Last time, we discussed the divergences between the two versions of the Minecraft world. Now it's time to take a look at what's common between them.... 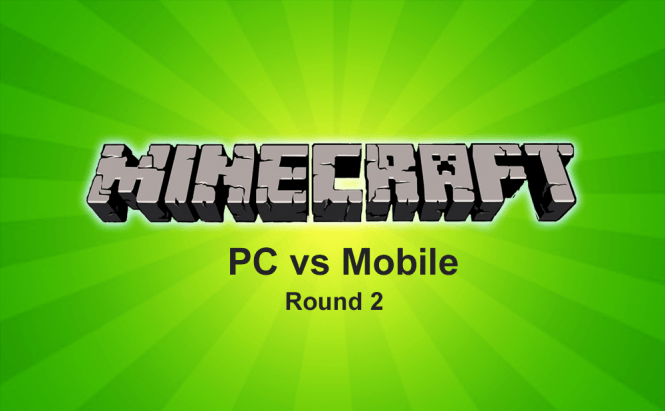 Last time, we discussed the divergences between the two versions of the Minecraft world. Now it's time to take a look at what's common between them. These things may not turn out to be as numerous as the differences â€“ even though Minecraft is still Minecraft however you play it â€“ but they are pretty major. Otherwise we'd have a completely different game.

The protagonist of the game is preserved in the Pocket version. You play as the same character you've got accustomed to: the same cubic guy, dressed in blue. There is nothing new here. So you can fully relax and make yourself comfortable in the company of your beloved hero.

In both versions your inventory is limited in terms of how much space you have for goods. So, you will still experience the same inconvenience of dealing with lots of stone, earth and other things. Inventory, no matter the version, also provides access to quick crafting of the most basic things, which allows you to survive the first day of your Minecraft life. The fact that advanced things, like boots or tools, are to be made with the help of the Crafting Table remains true for the Pocket version as well. There is not much to speak of here, though I think these deserve a mention. Most recipes you remember from the PC version will work in the Pocket Edition, with a few small exceptions. You won't be able to make an Iron Golem on your mobile phone, for example, as there are no pumpkins in Pocket Minecraft. The developers will likely surprise us one day with tons of new possibilities in the mobile version, as they make some steady progress with new features and bug fixes.

The main hostile things are the same: spiders, zombies, creepers. It is equally easy to die in both versions. Well, maybe the mobile one would eventually win this challenge, since it doesn't refill your life bar in classic survival mode. Still, if you enjoy the peacefulness of creative mode, but want to have at least some challenge by limiting the available resources, you can turn the angry guys off on your mobile device, just as you would on the PC. But remember that in this case the game might feel a bit dull. There are no Borders for Creativity

If you die in Minecraft, no matter which version this happens in, the rules remain the same: you lose all your inventory and respawn at the starting point, unless you sleep in a bed. What's noteworthy, the place of your previous death seems to be harder to find in the mobile version, especially if you are traveling around a lot. In general, when it comes to dying, the mobile version resembles Minecraft in its early age, when there was no hunger in the game and many ways to die were only ideas.

You can't even begin to imagine what can be created in a sandbox game like Minecraft by real enthusiasts, and it doesn't matter for them where they play it. These people are true engineers, capable of modeling incredible things even on their tiny mobile phone. Remember how in the Game of Thrones a group of one hundred people worked for four months to build an inspiring and stunning King's Landing? When I ask myself if I could do such a thing, I understand that I'm not patient enough and, even though I dare to think I have a good imagination, I know I have trouble putting my ideas to life. This is one side of the coin. You Can Build Almost Anything

A Swedish school proved that the game can be used for educational purposes. Minecraft has been introduced there as part of the curriculum for kids of 13 years of age. The school claims it helps children â€œlearn about city planning, environmental issuesâ€ and â€œhow to plan for the future.â€ I like the idea for several reasons. First of all, this game has only one real limitation, one's imagination, and it can teach children to work cooperatively. And it also teaches them patience. Isn't all this a great thing to teach, no matter how unconventional the method is?

I will end my list on this positive and creative note. If you've ever tried to create something big or something really inventive in the Minecraft world, share your experience in comments. Let your creations live on.

What is Minecraft for you?
View results