Here are my opinions about the Kingdom Come: Deliverance game after ten days of playing it. There are also a few tips and tricks that I've picked up along the way. 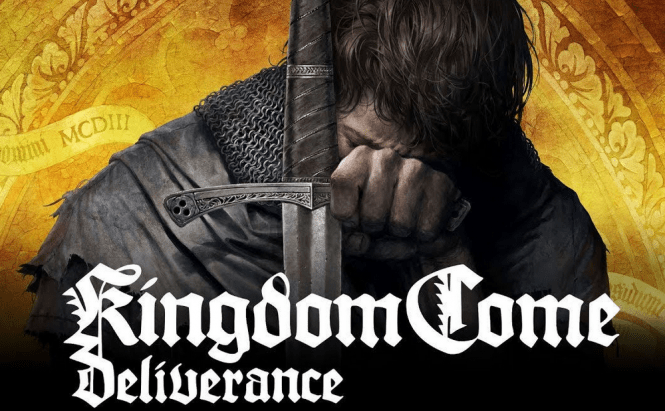 It's been ten days since Kingdom Come: Deliverance was officially launched and even though there's a lot of stuff already written about it on the Internet, I haven't played anything else since its release, so I thought I would share my experience with you. I've been keeping my eye on this title for quite a while and I've been so eager to play Warhorse Studio's game that I even preordered it; despite a few hiccups here and there, I haven't regretted the €60 I spent on it.

For those of you who know nothing about this game, it's an open-world RPG with a few survival aspects that takes place in the Kingdom of Bohemia (now Czech Republic) in 1403. As its main purpose is to tell a story, it is single player and first-person only. The game tries to be as realistically accurate as possible in every aspect, including being based on an actual map of a Czech region. You play as Henry, the son of a blacksmith and you'll be the unwilling participant in a struggle for power between two kings and various nobles from the kingdom. 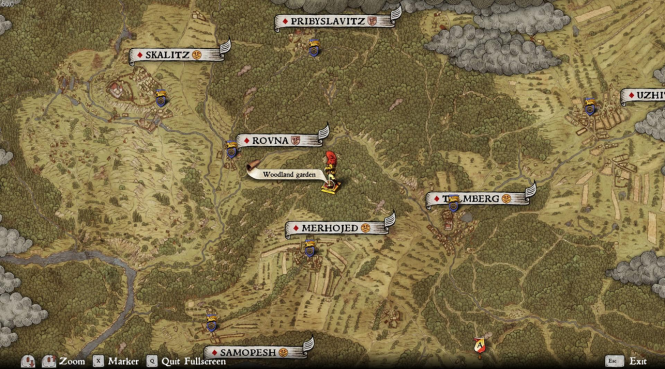 Just so you know what you're in for, the credits that signify the game's actual beginning will appear after about 2 hours of gameplay (depending on how fast you are). Most of the quests are quite interesting and there's very little hand holding, so most of the time you need to figure things out on your own and rely on conversations with the locals or visual signs instead of hints in the quest log and map markers. Furthermore, unlike in other games, most quests are time-sensitive, meaning that once you've started a mission, it will go on with or without you, so you may miss important things or even fail it if you wonder off doing something else. Don't worry though, quests that haven't started yet will wait, so you can go off exploring. Another unique thing about the game is that it's one of the few that I know of, where especially in the beginning when you've had no combat training, it's actually better if you run from combat. 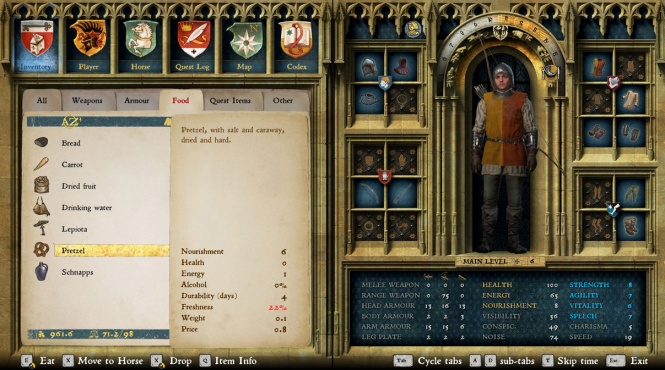 One of the things that very few people actually explain is that your character will have a reputation in each village/town he visits and that will determine how people react and interact with you. Your reputation will go down if you do bad things like trespassing for too long, picking locks, picking pockets, assaulting people or looting corpses, but only if you're seen. If you don't get caught, no harm no foul. However, if your reputation drops too low, people will resent you and you'll need to start paying them just to get them to talk to you, which will bankrupt you in a hurry. Also, the NPCs communicate, so if someone sees you doing something bad, the whole village will know. A little tip you should know is that if you get caught, going to jail is the only thing that will partly restore your reputation; paying the fine or talking your way out of it won't help mend your relation with the locals. Another thing that's unclear for most is that back then, the forests belonged to the lord of the land and hunting in them without permission was a crime; this is why whenever you loot an animal you hunted, the meat and trophies will appear to be stolen. 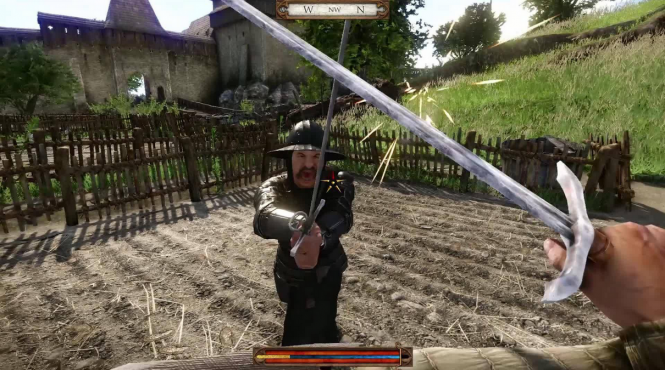 The combat system is very interesting, being somewhat similar to the one from For Honor. You can fight with swords, axes or maces up close and bows from a distance. In melee, you can attack in 6 directions (head, chest, left shoulder, right shoulder, left leg or right leg) and it's recommended that you target the opponent's body part, which is least armored. If you haven't had a lot of combat training and you're not doing great with parrying, try using the piercing attack more often as a way to keep the enemies at bay while regaining stamina or to interrupt them right before they attack. The bow will be slightly harder to master and if you think that it's too hard as it is, press the ~ button to open the console, then type wh_pl_showfirecursor 1 and press Enter. The next time you draw your bow, you will have a dot showing you where you're aiming. 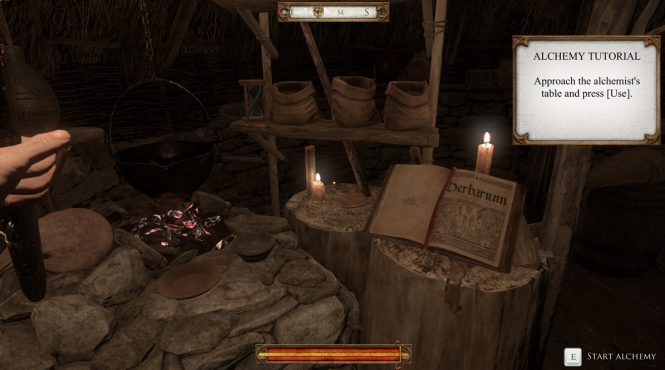 The save system is probably one of the most controversial things in Kingdom Come: Deliverance. The game only saves itself at certain cut-scenes in some quest or when you sleep in your bed and the only way to manually save is by drinking a potion called Savior Schnaps, which costs and can only be bought from specific merchants. Even in a perfect world that can be quite annoying as you may be killed and lose hours of gameplay, but it's even worse than that in case something happens in your real life and you need to quickly save and close the game. Furthermore, like pretty much every huge open-world game out there, Kingdom Come has bugs that can only be fixed through reloading and not having a potion to save the game can be quite frustrating. However, a pretty simple way to beat this system is to learn to read (in the game) as quickly as possible, then create the Savior Schnaps potion through alchemy. Furthermore, Warhorse Studios announced that they're working on a save and exist system as well as new mini games for picking locks and pickpocketing, so these won't be issues for much longer. 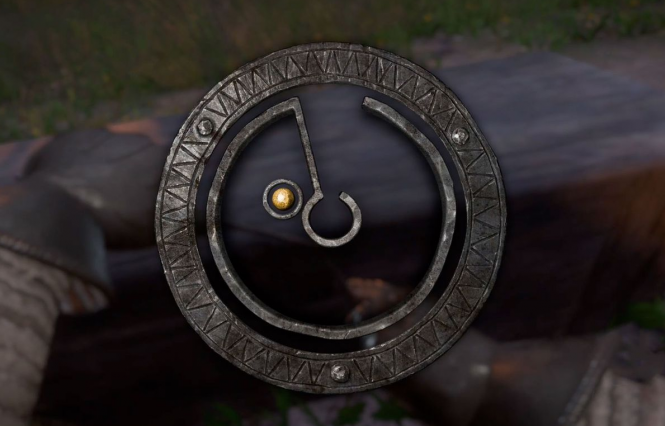 If you're interested in a few tricks that I've learned, I will try to share some without spoiling things for new players. The most important thing is to use the information button (Q by default on keyboard) while in your inventory or stats. It will tell you exactly what type of attack each weapon or armor is good for, the durability of items, their charisma as well as give you more details about what each skill affects and how to increase it. Another pro tip is that in the first chapter, time doesn't pass, so when your father sends you to run errands, you can go pick up flowers and increase your herbalism, jump around to increase your vitality, use the grindstone to increase your maintenance skill and so on, before actually starting those errands. Also worth keeping in mind is that your clothes get dirty, dirtiness decreases your charisma and charisma influences merchant prices as well as dialog options, so you should use a trough or a bathhouse to wash your clothes as often as possible. To quickly clear the stolen status from items, you can sell them to a miller (the one a bit north of Rattay is the best), then buy them back. Lastly, if you want to save Theresa, you don't have to die over and over while actually fighting the Cumans attacking her; just whistle or hit one from behind to distract them, then hop on a horse and gallop away. 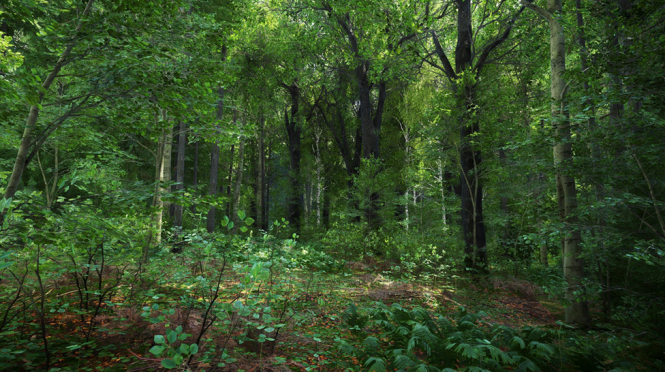 Honestly speaking, the game is far from perfect and it undoubtedly has problems with some quests, passability or other bugs, but overall, playing it is an awesome experience. I spent hours exploring the land both on a horse as well as on foot and there's nothing better than strolling through the forests as these are some of the most beautiful and realistic forests I've seen in gaming. If the other games we were really looking forward in 2018 will end up being just as good, this will turn out to be a great year.