I don’t know how it has come about, but I seem to have developed a crush on all things ‘-craft’. Spacecraft used to capture my imagination when I... 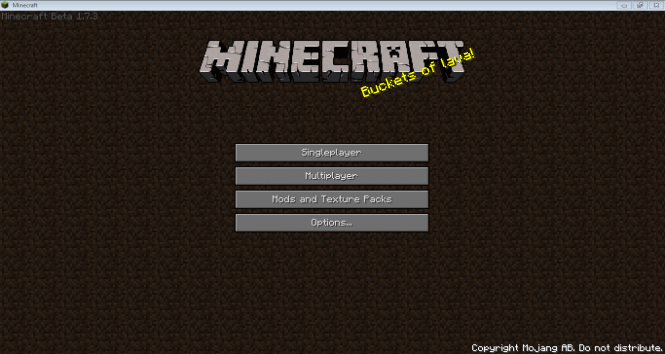 I donâ€™t know how it has come about, but I seem to have developed a crush on all things â€˜-craftâ€™. Spacecraft used to capture my imagination when I was seven. H.P. Lovecraftâ€™s books scared the pants off of me, when I was twelve. Starcraft and Warcraft nearly brought me to the point of dropping first out of my high school and then out of my college as I was wasting weeks of my life trying to hone my gaming skills to the ultimate perfection.

As, against all odds, I graduated from college, I promised myself I would never buy any of the â€˜-craftâ€™ things anymore. But only a couple of months later, there we go againâ€¦ All the previous week I was doing my best trying to not fall asleep in my chair at the office. On my way home after work I saw vivid images of soft pillows drifting slowly before my eyes and I felt like my eyelids weighed at least fifty pounds each. But as soon as I got home, I would put off my jacket, grab a sandwich in the kitchen and fire up my computer. It was not and it still is not before three a.m. that I go to bed. Yeah, Iâ€™m staying up playing Minecraft. 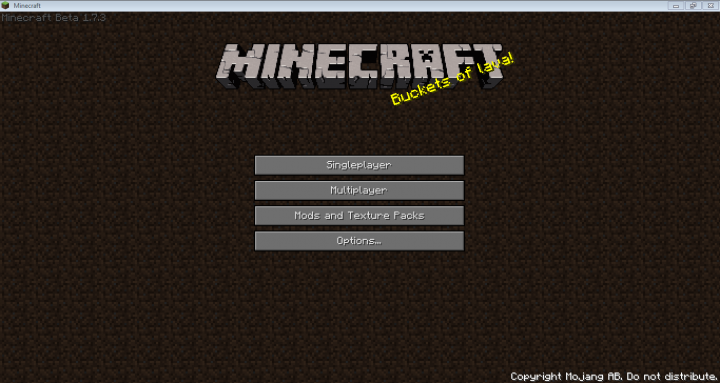 If somebody told me two weeks ago I was going to pay fifteen bucks for some half-baked beta version of some game I would laugh right in their face. But Minecraft, the full-scale release of which is scheduled on November 11, is worth every cent I spent on it and every red-eyed morning in the office after playing it till late in the night. And I think many of the 3,000,000, the number of copies sold, find themselves in a similar situation.

The idea, around which the game revolves, is utterly simple. Your nameless character gets pushed right into the middle of a three-dimensional world, consisting of cubic Atari-like blocks. The whole in-game day lasts 20 real-world minutes, ten of which is daylight, and the other ten are given for the nighttime. While the sun is high you are free to do whatever you want: build a small or not so small den, hunt wild cubic sheep or swine, gather piles of pixels called herbs. And from dusk till dawn you have to fight off blood-thirsty monster roving in the surroundings of your shack. Cute greenish zombies are out to get you; giant spiders, so peaceful in the daytime, attack your character. If you have a bad luck, you can encounter a strange green slimy creature that explodes upon contact with you. As time passes, you learn to craft new things out of resources you gain and start forming the world around you according to your taste. Thatâ€™s it, basically.

It's not immediately conclusive as to how this humble set of features can engross a player, making him sacrifice his night-sleep and hard-earned fifteen dollars. The key to this secret is included in the three principles, uncompromisingly translated into what we see in the game: 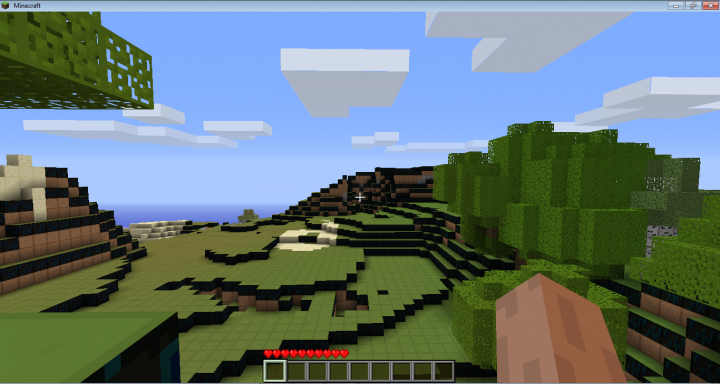 Be Stylish: Any Inconsistencies Found?

The guys who developed Minecraft have a good eye for style. Markus Petersson aka Notch, who was the single driving force behind the Minecraft development on its early stages, proves to have the stylishness in the real world as well. Not so long ago the 32-years-old Swede with a beard was sued by Bethesda Softworks because he had dared to name his yet-to-be-released RPG-game project â€˜Scrollsâ€™. His unofficial response was a post in a blog where he offered Bethesda to settle all of the legal issues by the means of a friendly round of Quake 3 deathmatch between the two companiesâ€™ teams. Thatâ€™s what I call the indie-developer style!

Thatâ€™s why the consistent look of Minecraft doesnâ€™t amaze me that much. Having chosen cubic blocks as the dominant feature of the gameâ€™s visual style, Petersson brought the â€˜cubicnessâ€™ to its logical end. Your character climbs cubic rocks, gains coal in cubic shafts, hunts cubic animals and even walks under the cubic clouds and the cubic sun. The Minecraft universe is an all-sufficient â€˜thing-in-itselfâ€™, with its own laws and rules, with its own cubic and Euclidian logic. Donâ€™t even try to find any inconsistencies in the Minecraft style: all your effort will be wasted. 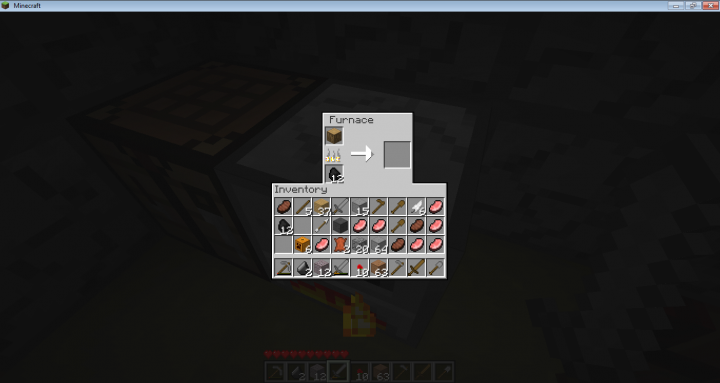 Be Hardcore: The Inventory After Twenty Minutes of Gameplay

Thatâ€™s what every hardcore old-school gamer longs so much for. Launching modern games, I sometimes get the impression that their developers think of us as complete idiots, spoon-feeding us every little detail of the gameplay and leaving almost no space for the excitement of explorations and discoveries. Minecraft is exactly the opposite.

The game gives you almost no hints whatsoever. It tells you how to open your inventory when you generate a new world. It has the Achievements section in the Menu, which proposes (and doesnâ€™t set forth) immediate goals you could pursue, describing them in rather vague terms. Still, it tells you almost nothing about how you could reach these goals.

Yes, itâ€™s hard. Weâ€™re so used to being helped in games that the absence of hints in Minecraft literally overwhelms us. It is not before ten or fifteen minutes into the game and two or three deaths in the claws and jaws of the nightly monsters that you start getting the idea of how the things are done around here. And believe me, when you finally cope with the Minecraft intricacy, you feel like the smartest person ever and your self-esteem gets its well deserved boost. I know mine did, at least.

Another hardcore thing about Minecraft is its scale. The map of your world is generated in a normal way up to the distance of 12,520,820 blocks from its center, which corresponds to approximately one third of the Earthâ€™s equator. But thatâ€™s not where the map ends: you may go even further, in the so-called â€˜Far Landsâ€™, which are generated in a drastically different way and provide your CPU and GPU with a huge challenge of tackling the resulting monstrous amounts of data. 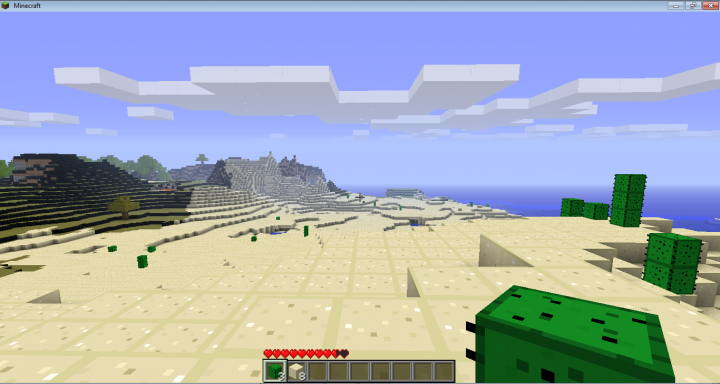 Be Free: It is All Waiting to Be Explored

The game lets you do whatever you want: you can build your underground castles, Egyptian-like pyramids, even whole cities. You can blow up mountains, become a nomad, or study the Boolean algebra with the help of the so-called â€˜redstone circuitsâ€™, similar to digital electronics in real life.

The concept of sandbox meaning 'open-ended, non-linear play' has been around for less than a decade, but Minecraft seems to have become its unattainable pinnacle. After playing this game, the sandbox experience in Crysis or Far Cry will look almost like a real life sandbox compared to a construction site. It is almost unlimited freedom of actions that makes you spend your nights playing Minecraft and appear like a junkie to your colleagues in the morning.

I donâ€™t know if this game can devour a year and a half of your life, or if you get fired because you come to work late way more often than your boss can tolerate. I donâ€™t care. Do you know why? Because as soon as I finish this article, Iâ€™m going to wrap things up at my workplace, drive home, make me a good pot of coffee, and have one more sleepless night building a dream-palace in Minecraft.