The most elitist, the most challenging, the most hardcore – there is no shortage in superlatives when it comes to roguelike games. 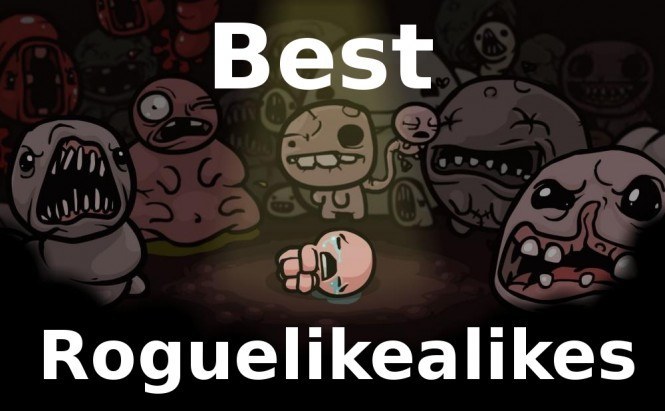 The most elitist, the most challenging, the most hardcore – there is no shortage in superlatives when it comes to roguelike games. This long-lived underground gaming scene was stubbornly escaping the media attention until the early 2000s, when the huge success of Blizzard's roguelike-wannabe Diablo series finally revealed the genre's existence to the broad public. In the late 2000s, the renewed interest in the obscure game genre brought us a whole new subgenre, something that you can call 'roguelikealike'.

Beating a typical shooter takes several hours to a couple of days. A proper RPG playthrough takes several days to weeks. If you want to do all major quest lines in an average MMORPG, get ready for several months of grinding, leveling, and studying of the game lore. All these impressive figures bleak in comparison to the roguelikes, most of which can take years to beat. Yes, you've read it right, years.

Rogue, the progenitor of the genre, appeared at the very dawn of the video game era, back in the 1980, and lent its name to the genre itself. The very modest technical specifications and performance capabilities of the machine it was programmed for were the reason why Rogue used the ASCII graphics for everything: the in-game world, the player, and the monsters. Although this was never confirmed or even talked about by Rogue's developers, the same technical constraints could be the very reason why they opted for another crucial feature of the game - permadeath. There was no easy way to save your data on the 1980s machines, so if you got killed in Rogue, you were dead for sure and had to start a new adventure all over again. That's what all the roguelikes stick to even today, 33 years after the release of Rogue.

Rogue: The Indiest Graphics Ever

Moria and Hack, the ideological successors of Rogue, later evolved into NetHack and Angband, the major roguelike milestones played even today. In 1994, a certain Thomas Biskup started developing another cult roguelike, Ancient Domains of Mystery, better known as ADOM. In the 2000s, a number of other well-known games like Iter Vehemens ad Necem (IVAN) and Tales of Maj'Eyal (ToME) followed, expanding the genre pantheon. The genre finally crystalized as the 2008 conference in Berlin agreed upon a definition of what a true roguelike game should be: turn-based, randomly generated, with permadeath. Yet, ironically, the most important genre release happened twelve years before that, back in 1996, reaping universal hatred and scorn from the community as Blizzard launched the Diablo franchise.

Blizzard borrowed heavily from predecessors like NetHack. The dungeon setting, random level generation, mountains of loot, all of these features made Diablo feel strangely roguelike-ish. Nevertheless, technically, Diablo is not a roguelike. First off, permadeath is deactivated by default in Diablo, even though it can be fixed by opting for the hardcore mode. Second, it's not turn-based, which is unfortunately unfixable. This led to the community largely rejecting Diablo as a roguelike, instead emanating tons of hatred towards the game they thought distorted the picture of the genre. Diablo: Most Hated Roguelikealike Ever

Roguelike or not, Diablo and its sequel were huge selling hits, which inevitably attracted more attention to roguelikes. In the late 2000s the general casualization trend reached even the secluded roguelike bay as thousands of people wanted to play some 'real hardcore' RPG but were not tough enough or didn't have a spare life to spend it on closing the Chaos Gate in ADOM. Demand creates supply, so very soon new games were brought to the market. While making use of the traditional roguelike mechanics like permadeath, absence of save points, and random level generation, they lowered the difficulty bar for potential players and made compromises with modern gameplay conventions, like real-time gameplay. While remaining essentially roguelike-ish, they contain so many elements of conventional RPGs or even platformers you can hardly think of them as pure roguelike. For lack of a better term, I'll call them roguelikealikes.

And now, after six paragraphs of blah-blah, I've come to the actual topic of this article: three best roguelikealike games I know.

1.The Binding of Isaac: Wrath of the Lamb

A roguelikealike mimicking the original Zelda installment: you enter a closed space full of monsters and come out only after you've killed them all. The atypical plot about a boy trying to avenge himself on his religion-crazed mother and the unique aesthetics definitely belong to the game's strengths. The only noteworthy drawback is that you virtually can't win if you don't get decent loot. This means that you heavily rely on luck instead of skill, and it naturally leads to increased frustration values. Anyway, The Binding of Isaac: Wrath of the Lamb has done the impossible and amassed 300 playing hours in my Steam account, an achievement any other game will hardly beat in the foreseeable future.

A platformer roguelikealike with a great gameplay twist. Once your character is killed (his or her average lifespan is around seven to eight minutes), you choose his or her 'heir' inheriting your genes and money and developing new features, such as gigantism or flatulism. The upgrades you buy for the money left over by your deceased character will improve the stats of your next heroes. Nevertheless, if you want to win in Rogue Legacy, you'll have to show above-average platforming skills. Well, not the I-Wanna-Be-the-Boshy level skills, but well above average, believe me.

Perhaps the most challenging of the three games. On the one hand, it uses platformer mechanics roughly similar to those in Rogue Legacy. On the other hand, it is much less action-oriented, with the overall controls being harder and the character's capabilities being way more limited. Besides, there are no upgrades you can permanently purchase for your character. All in all, if you really want to delve into the depths of Olmec ruins and play Spelunky HD, you need loads of patience and no plans for the next couple of weeks.

Sword of the Stars: The Pit

Previous story Playing the piano on PC is possible! Next story Coast: a new browser for tablets by Opera

Not sure how ARPGs like D2 got into the "roguelike" category. But I've never felt D2 as being unfair or having Instagib "just because" mechanisms like Spelunky or other roguelikes as of late. Magicite and alike.

It's silly and they should die out already and make way for real co-op.

Hi! Please update the article and insert the links to the games mentioned in it.

FTL is a good one.

First Diablo is the best!