What should an RPG be like to develop a cult following? What is the secret behind having hordes of fanboys talking, thinking, and dreaming day and... 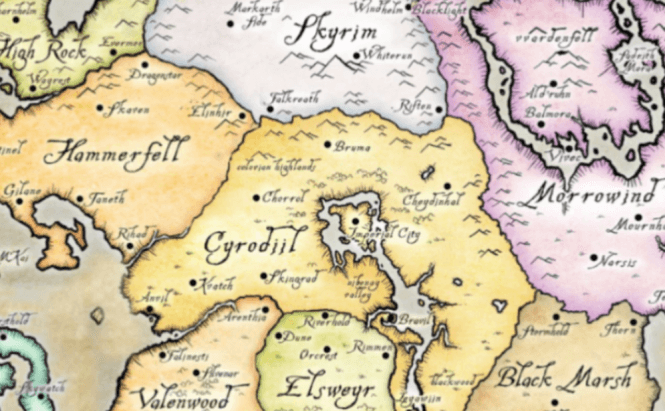 What should an RPG be like to develop a cult following? What is the secret behind having hordes of fanboys talking, thinking, and dreaming day and night about nothing but the object of their admiration? What is the zest that makes gamers all over the globe spend their entire vacation leveling up another Barbarian or Wizard in an obscure dungeon somewhere at the end of a game map?

As it turns out, generally, there are just two ways of developing a cult RPG, all other variations being merely slight modifications of the two big concepts.

The first one can be called 'The Munchkin's Path' and boils down to stuffing the game with items, enemies, and munchkinism up to the full. The most famous example of such games is the Diablo series by Blizzard Entertainment. Hundreds of thousands of gamers love these hack'n'slash games, regularly clicking to death dozens of thousands of monsters and killing Baal for the five thousand and first time in the hope to obtain a super-duper craved-for shield or Gothic mail. These games have spawned imitators in the numbers not far from those of monsters slain during a regular walkthrough of Diablo II. However, despite all the awesomeness the Blizzard creation radiates (in the literal sense of the word), it is still not so dear to the heart of a true RPG fan, of the RPG developed according to the second recipe of success.

By this point at least, the geekiest of you should have already figured out what I am leading to. Yeah, it's been two weeks since the release of Skyrim, and all this time we, the Elder Scroll fans, have been yelling with delight and delving into the vast lands of the Northern Tamriel province.

In case the previous paragraph is nothing but a whole lot of gibberish for you, I'll try to make things clearer. Skyrim is the fifth installment in the legendary The Elder Scrolls game series by Bethesda Softworks. The major idea of this and all the previous games of the series is drastically different from Diablo's creed: whereas in the latter the setting is effectively reduced to a handful of cities with no more than 30 inhabitants in all of them, whose only purpose in life is to repair the character's broken sword or sell him a couple of potions, the world of The Elder Scrolls (called Tamriel) seems to be even better and more detailed than the real one. No joke: studying the game's 900-page lore is alone a challenging quest, requiring angelic patience, good memory, and unlimited amounts of free time. And it is only after mastering this enormous array of knowledge that you can fully enjoy The Elder Scrolls games; otherwise, you will have absolutely no idea about half of the events going on around you. In fact, it is the world itself, and not the battles, leveling up, or loot hunting, that makes The Elder Scrolls so engrossing.

The long and complicate storyline of The Elder Scrolls installments and their release history is the reason, why I've decided to devote this article to a brief overview of the series' past, present, and (who knows?) future.

The things first started to happen 17 years ago, as the first game of the series, Arena, was released in March 1994 for DOS. Looking at it now makes the gamers of today giggle and shed tears nostalgically. Back in those times, The Elder Scrolls setting was basically still in the bud, and the player got to know only parts of that what later came to be the nine hundred pages of lore. In Arena, you played as an unknown hero who woke up in a prison cell under the Emperor's Palace in the Imperial City, the capital of the whole continent of Tamriel. The ghost of your deceased comrade, Ria Silmane, explained to you briefly that the Throne of the Empire was usurped by the Imperial Battlemage Jagar Tharn, while the real ruler was languishing in another dimension. The only way to free the Emperor is to gather the pieces of the Staff of Chaos, which had been scattered all across the Empire. You took a deep breath and embarked upon this difficult quest.

This is a true legend: the game offered the player an unsurpassed freedom of action. Oh no, wait... So far, it is still the unsurpassed freedom of action. With the size of the playable world twice as large as that of Great Britain, Daggerfall is still holding the record by this parameter. I know, most of the game terrain was randomly generated and did not look much very convincing, but think about it: twice the size of Great Britain! It would be no use to present the game plot, since it is extremely intricate and not easy to grasp even for the players who have advanced quite far in the main quest. It would be sufficient to say, that the game events take place in two of the Tamriel provinces, namely Hammerfell and High Rock, and you can visit all of the major cities and join any of the numerous factions struggling for power in these war-torn lands.

This game was the trailblazer of many TES features that have become the series' staplemarks. For example, from this game on the game stories started to revolve around specific provinces of the Empire. Another well-established tradition, first found in this game, was the extreme bugginess of the initial release. Well, to tell you the truth, the Arena code was far from being perfect as well, but nevertheless, it was still miles ahead of 'Buggerfall' in its consistency and performance smoothness. This tradition has been maintained by Bethesda till today: bugs are packed in the initial release of Skyrim as sardines.

This game was the major turning point in the history of the Elder Scrolls series. The game world ceased being randomly generated and was wholly handcrafted. That's why its size shrank to the tiny 0.01% of that in Daggerfall, but instead the players got a absolutely convincing and immersive ecosystem of the volcanic island of Vvardenfell, making you feel like in a real dark elven realm. The release of Morrowind sparked up the first holy war between the fans of Daggerfall and the players of the newly developed game. As time showed, this fate awaited Morrowind's successor, Oblivion, as well, and Skyrim will hardly escape it. To be honest, I don't quite see what all this fuss was about back then, as both TES II and TES III were extremely, exceptionally, and unbelievably hardcore, but each in its own way. Daggerfall was hardcore just thanks to its sheer vastness. Morrowind was actually the first game of the series that saw the reduction of the many gaming features, such as cutting out the number of factions or the schools of magic. What was completely new, was the joy of discovery, when your character found a molded tome in an ancient catacomb or accidentally encountered a blood-thirsty vampire in a creepy old fortress. All of these things didn't feel like the discoveries you had made in the game before and had that unexplainable touch of uniqueness that made you fall in love with the province of Morrowind.

The huge success of the game that sold several million copies, led to release of two expansions, Tribunal and Bloodmoon, where the player could explore two more parts of the dark elven province: its capital and the snow-covered island of Solstheim. Apart from new locations and storylines, the expansions also contained bolstered feature sets and numerous fixes for bugs of the initial release. Then came the silence that lasted three long years, until Oblivion was released in March 2006.

This time the player was offered to save the whole continent of Tamriel from the imminent doom, brought by the mysterious gates to the parallel dimension, the so-called Oblivion. Following the tradition, established in Daggerfall, you were supposed to explore only one region of the game world, the capital province of Cyrodiil. This game gave birth to the largest holy war in the Elder Scrolls community so far. Many oldies claimed the game mechanics were overly simplified for the sake of better sales, whereas another faction of the old TES fans and almost all newcomers remarked that the greater emphasis on the action and decrease in the number of gameplay elements was compensated by the faster game dynamics. Again, I don't quite understand, how the two games can be compared with each other, since they are absolutely, strikingly different. That's true not merely for their atmosphere and visual style, having almost nothing in common; their major point of divergence lay in their very spirit. The gloomy, somewhat grayish Morrowind didn't feel like the much brighter and optimistic Oblivion at all.

Actually, I personally prefer Morrowind, and it's accounted not only for my love for the olden days, but rather for its so precious hardcoreness. Playing Oblivion is fun, there's no doubt, you get immersed into the game and quite forget there is that 'real world', but it just doesn't live up to the expectation of an old-school TES player from his favorite series' title.

Yeah, the list of my complaints against Obivion is rather long: I didn't like its over-simplified armor system, the lack of depth in the main quest (in fact, it is as straightforward as a hillbilly's language), and, of course, the crude animation of ugly faces the inhabitants of Cyrodiil had. All this still wasn't enough to make me hate this game. I love it. It has something in it that makes you replay it again and again, discovering more and more outland dungeons and caves (all looking disappointingly similar, though) and re-reading the in-game lore books. And even more, this game used to make you shiver with anticipation, waiting for the next TES installment.

At last, Skyrim is around, and it is again another game, not similar to the previous series titles. But more about it in the upcoming second part of the article.