One of the big advantages of having a GTA V version for PC is that you can mod it and add all kind of interesting new twists to the game. 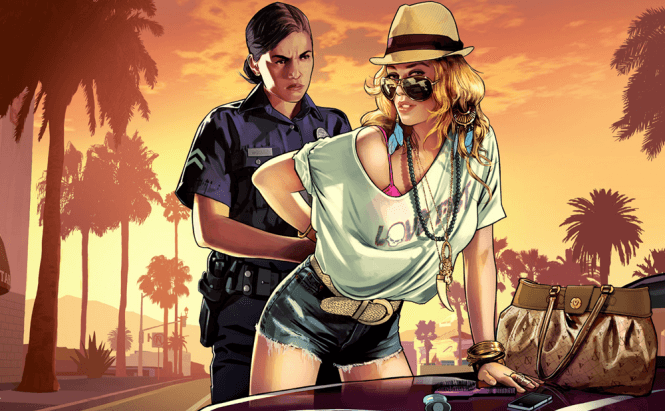 Grand Theft Auto is one of the biggest franchises in the gaming industry enjoying huge popularity. Unfortunately, we've had to wait a long while for GTA V to finally arrive on PC but now that it's here, it's time to enjoy it as much as possible. And what better way to make a game more enjoyable than to spice things up with a few mods? Here is a list with 10 of the best GTA V mods for PC.

I should warn you that using mods may cause your game to crash, so make sure you have back ups for your saved games just in case and carefully follow the installation steps written by the creator. Furthermore, remember to uninstall your mods before playing online as keeping them may have some unpleasant consequences. Also, this selection is based on my personal preference, so if your favorite mod isn't in here, don't judge me too harshly. We can't all like the same things. There's little to no traffic, you just stole a brand new car, you've got your whole life ahead of you and not a single care in the world. That doesn't sound too much like the reality we've been living, does it? Well, this mod called Fuel Script can fix the problem by adding fuel to all the in-game vehicles. This means that all the means of transportation that you use will eventually run out of gas. The mod adds a fuel bar so your car won't unexpectedly stop running in the middle of a mission or a police chase and gas stations at various locations on the map. Furthermore, you can also use a jerry can to refuel your vehicle. During the missions that you complete, you get to visit the inside of approximately 30 buildings which are otherwise locked for the player. But spending your entire in-game life on the streets can be tiresome and even a world class thug needs a roof over his or her head from time to time. As you've pretty much guessed from its title, the Open All Interiors mod unlocks all the buildings from your mission, allowing you to explore their interior and feel the comfort of having walls surrounding you. So if you're looking for a cozy location to have a friendly shoot out with the police, or for a nice place to shoot a video, this mod will provide you with some great options. One of the most interesting things about GTA V has been the fact that you can escape the third-person camera and turn the game into a first-person action-adventure. However, when you are using the first person view, the field of view (FoV) is quite narrow by default. This doesn't only make the gameplay a bit more difficult, but can also provoke motion sickness to the more sensitive players. FoV is a useful mod which allows you to modify your in-game field of view to better suit your needs. Isn't the GTA V police quite annoying? You're all alone on an alley behind a building, you innocently murder a civilian without any witnesses and suddenly... the police. How could they have known what you've done? Whenever something bad happens, do they just automatically assume it's you? Well it doesn't matter, because the Crime and Police Rebalance mod will fix all that. If you use this mod, as long as nothing actually blows up, the police won't start following you if there is no one to dial 911 (or if you can stop them in time from calling). Moreover the police/SWAT/army is now less accurate in firefights which makes things a little bit more enjoyable from your perspective.

6. The Army Spawns at Five Stars The Army Spawns at Five Stars

And since we're talking about the police, don't you miss tanks? In previous Grand Theft Auto games, whenever it was obvious that the police isn't able to stop you, they would send in the army thus giving you access to even more awesome weapons (like tanks, armored cars, etc.) However, in GTA V this doesn't happen and only killing cops can become a bit tiresome. The good news is that there is a cool mod named The Army Spawns at Five Stars which changes this by sending you a bunch of soldiers to kill along with a bunch of goodies, like army jeeps, tanks or lazers. Is life too quiet for you? Do you miss the sound of bullets ricocheting around you? Or maybe nobody tried to bomb you in the past hour? You can easily fix all that with the Angry Planes mod. This script will allow you to toggle as many as 50 inexperience pilots to chase you down in all kinds of planes. And just so you know, they are equipped with rockets, so if you're feeling a bit chilly, they will help you solve that problem in a hurry. Furthermore, for the full Pearl Harbor experience you can also turn them into kamikaze pilots. What's really funny is that you can protect the mode with a master password so no one else but you will be able to toggle the angry planes off. Now that we've already established that you like chaos, why limit ourselves to the sky? Why not include all the random civilian NPCs in the fun? The Ped Riot / Chaos Mode may make GTA V look a bit more like the final days in Postal 2 as everyone is fighting everyone, but it can also be lots of fun. This script is like evil Santa, giving guns to every civilian NPC on the map and making them want to shoot/hit/kill everything in sight, including you. At the moment, the mod will make every cop disappear but, from what I understand, in the next release they will also be added to this already chaotic mix. Is gravity working against you, constantly trying to bring you down? I promise you that gravity can also be fun, especially if you can harness its powers. The Gravity Gun mod gives you a weapon that lets you do exactly that. All you have to do is aim your gravity gun and either hold E to make the object in your cross-hairs hover above the ground, or shoot to launch it in a galaxy far far away. Enjoy using the force, Luke! Being always alone is not good for your emotional health and killing abilities. Having someone there always by your side is really cool and the Bodyguard Menu mod will provide you with the just right person. How do I know? Because you can customize your follower to look and act as you see fit. Furthermore, if a single follower isn't enough for you, this mod will let you create an entire gang. You can have as many as 7 bodyguards following you at any given time, while the rest that you create will guard the area where they were spawned in. There are times when you simply want to take your hands off the keyboard, but the action to go on. Unfortunately, taxis are boring and will take some of the fun out, while entering any car will automatically eject the diver. However, the Simple Passenger Mod allows you to enter (or climb on) any vehicle as a passenger and have the NPC drive you to a designated location or simply take you for a ride on the streets of the city. Furthermore, if you need to take a specific route, you can assign waypoints that he or she will follow. There's also a drive by mode, where the driver will floor the pedal as soon as you start shooting, and you can kill as many people as you can before you die, crash or get stuck in traffic. If you want more money, stats, weapons or simply are tired of dying, there is the Native Trainer mod which instantly gives you everything you want. It's basically a cheat but I promise I won't tell anyone if you don't. Furthermore, this mod is a requirement for many other ones so, installing it could also prove to be a necessity.

It is my favourite game.

These game graphics are high.