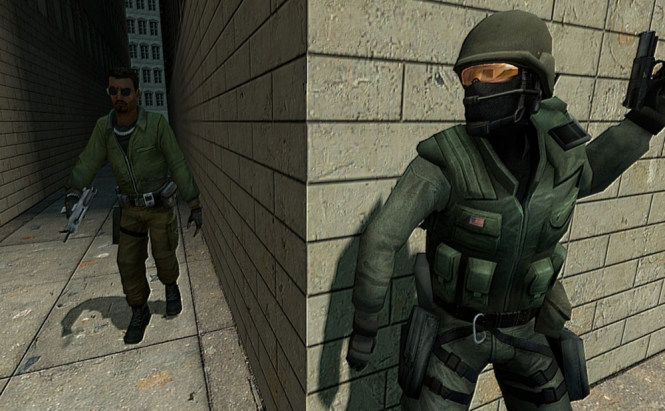 Most gamers prefer multiplayer games because competing against other humans is usually more challenging than trying to beat a computer player. Unfortunately, this means that you have to deal with other people and they often tend to be jerks. While you can deal with verbal abuse and the inherent clowning around, cheaters are the worse of the worst. Fortunately, Valve shares the same opinion and is now training an AI to find cheaters in Counter-Strike: Global Offensive.

In case you're wondering why this is such a big deal, then you probably don't know how frustrating it is to get shot through three walls even though you've made no sound to indicate your presence. Unfortunately, there are also some highly skilled players that can kill you in unbelievable ways without cheating, so the biggest challenge has always been figuring out who's actually that good and who is using software to augment their abilities. According to a recent Reddit post, Valve is training an AI to do exactly that, and so far it seems to be working as the algorithm has already successfully identified a few cheaters. However, even after it's completed, the AI won't operate alone; instead, it will submit a report to the human CS:GO admins and they will decide if the player is actually cheating or not.

If you can't stand cheaters and you need something to play until Valve's AI is fully operational, you might want to read: "Most anticipated video games of 2017" or "Best FPS games that you can play on PC this year".