If you like unusual designs in games and surreal worlds, and if you like creating something, you definitely know about Minecraft and you probably... 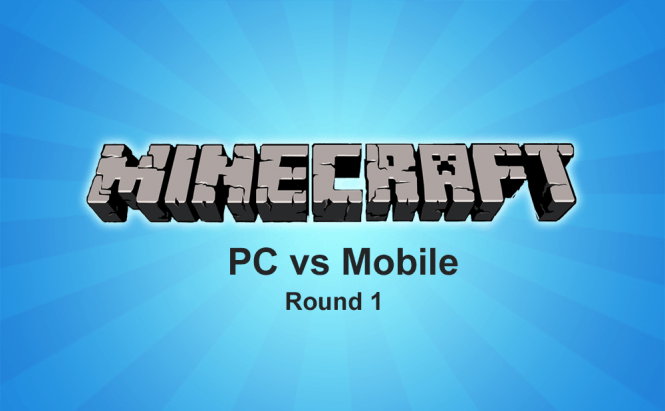 If you like unusual designs in games and surreal worlds, and if you like creating something, you definitely know about Minecraft and you probably love it to bits. Everything in it is cubic, which is sure to challenge your creative side.

The remarkable feature of the game is that it combines two play modes: offline (which is essentially single-player mode) and online (multiplayer). Those have subdivisions too, depending on the world type: it can be a warlike survival, when you have to defend yourself from monsters, or quite peaceful, where you can build whatever you like and fly. This is How You Fly on Mobile

These qualities are true for both versions: PC and the so-called Pocket Edition, which was initially released on Android and then made its way to iOS devices as well. The Pocket version of the game is in many aspects similar to its big brother, but it's also quite different from it. So let's have a look at the differences between the PC and the mobile version.

You might not agree with me here, but when I first played the Android version I felt that it was easier to operate in some aspects. Namely, the creation mode. As you may know, it is possible to fly in this type of world creation. In the PC version, to fly upward you have to double-press the space bar, but you may have some trouble with going downward; while in the Pocket Edition getting up is done with two quick taps and you have full control over your flight with handy virtual buttons. The Creation in PC Version

It is inevitable for the maps to be a bit different in the two versions, primarily in size. Frankly speaking, the Pocket maps felt somewhat too small, especially in creation mode. Maybe I'm just not patient enough, but I've never run into the border of the map in the PC version, but I managed to do that within a minute in the Android one.

I'm not sure about the particular reason for this, but the classic version certainly feels more frightening. Even though I died more often in the Pocket one. Maybe it has something to do with the fact that you play in front of a big screen, so you get surrounded by the picture and the atmosphere. You interact with the world itself, rather than with a tiny screen. Inventory In Mobile Version of The Game

You might have got accustomed to having regenerating life in the PC version when your character is not hungry. Sorry to say, but in the mobile version there are only two ways to regain your health: you can either die and respawn at full health, or just eat some food.

Speaking of food. I didn't notice any grass (maybe I was just unlucky), so I have one question left unanswered: how do we breed animals, which are not that many in number as we'd all like them to be? If there is a way, I hope to find it; if it doesn't exist yet (which may very well be the case, as the Pocket version is still in the early stages of development despite having been released over a year ago), I hope it will be introduced very soon. Your inventory is accessed a bit differently as well, which should come as no surprise. What may actually raise a couple of eyebrows is the way your inventory is organized: you can always see what you can get from the available resources, and the possible recipes are highlighted. So if you have wood, you will have wooden planks lighted up, showing that you can make these, and so on.

These differences are by no means extensive, but they're the first thing you'll notice when you make a switch to the Pocket Edition from the PC version. Of course there are similarities between the two as well, which I'm going to look into next time.

Have you ever played Minecraft?
View results

I know many people crazy about the game: its update seems to be the greatest present for them

For instance, my little brother is a real Minecraft addict. After school he doesn't want to take a scroll with friends, it's more amusing to play Minecraft, for sure