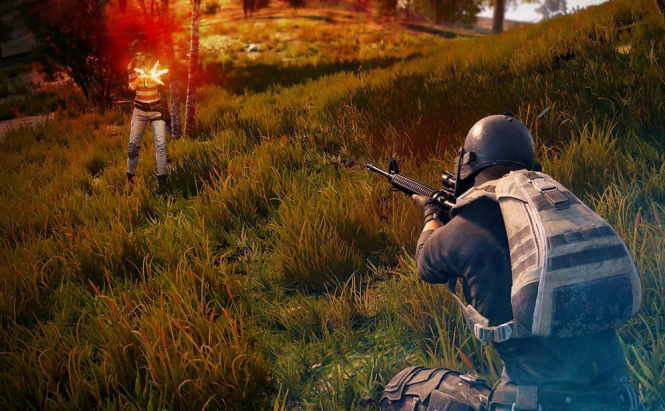 One of the most popular games of the year, Player Unknown's Battlegrounds has been officially launched today as version 1.0 started rolling out. The game already sold more than 20 million copies while it was in early access, so it's definitely a success for its developers and publishers. The countdown for the official version may have hit zero earlier today, but the developer's work isn't done as the game will continue to get tweaked and improved.

According to the official announcement, in celebration of the official launch, every payer that logs into PUBG in the next few weeks will get a free limited edition t-shirt for their in-game character with the logo "Winner Winner Chicken Diner" printed on it. Additional improvements include an increase in server stability of around 50% as well as the implementation of various automatic and manual anti-cheat options. Additionally, the developers are also looking into restricting the maximum ping limit on servers, which will increase stability but will most likely also mean that you can only join servers that near your geographical location. Lastly, even though the framerate on Xbox probably won't get magically fixed in the next days, the PUBG team is looking for ways to improve the aiming for console players.

The biggest downside for PUBG is that it's a little bit expensive and not everyone is willing to pay $30 for a game, even though for the amount of time you can spend playing, the price might be worth it. However, those who can't afford the game can always wait for one of the several Steam sales in the upcoming month or try out a really cool free alternative called Fortnite Battle Royale.

The best game ever.

–  4 years ago  –  Was it helpful? yes | no (+2)
Useful Windows applications
Interesting Windows stories