If Player Unknown's Battlegrounds is a bit too expensive, there's a great free alternative called Fortnite Battle Royale, which is actually becoming even more popular. 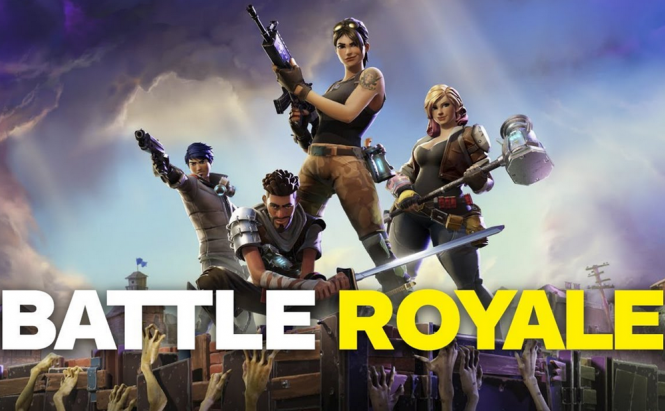 We've already talked about Player Unknown's Battleground or PUBG as it's known and we've told you that it's one of the most popular games of the moment. However, the biggest downside to it is that although it's in early access, the game is pretty expensive, costing $30. The good news is that if you're interested in this kind of games, but don't want to spend that much money, there's a free alternative to it and it's actually pretty good: Fortnite Battle Royale.

In case you're completely new to this genre, let me first tell you what's it all about: both PUBG and Fortnite Battle Royale are built after the Hunger Games model: 100 players are dropped off on a huge map and the goal is simple: be the last man standing. The trick to this is that it doesn't matter if you've killed 1, 20 or 50 other players, the last one alive is the victor. However, in order to ensure that games don't last forever, the playing area gets smaller and smaller as the maps are flooded with electricity or some other damaging thing. The games can be played both in solo-mode or in teams of up to four people. 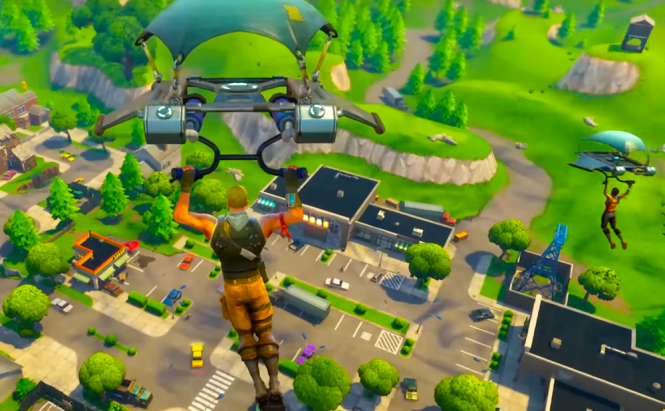 As an interesting side note, Fortnite is actually designed to be totally different: a co-op game where players who don't necessarily have to be friends help each other complete objectives either by eliminating a specific target or by building fortifications and surviving for a certain amount of time while under siege by hordes of zombies. However, its popularity grew dramatically as soon as the Battle Royale mode was launched, hitting 20 million players in a little over one month. Besides the main goal there are other similarities between the games: in both, you get to decide in which part of the map you want to jump out of the airplane you're in and then guide the character through the fall and in both games you start nothing having to find weapons, ammo, grenades, armor, med kits and other useful items. 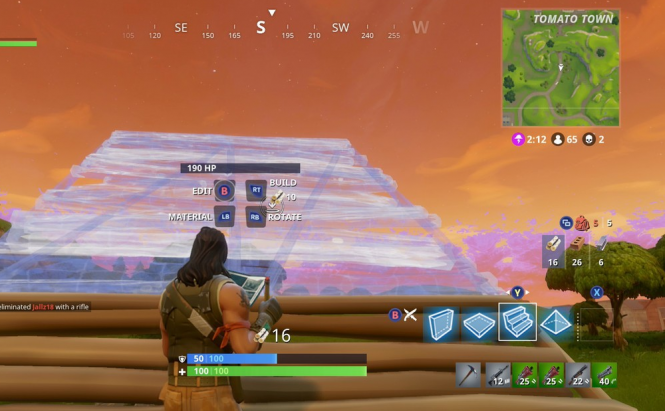 However, there are also quite a lot of differences between the two. Fortnite Battle Royale features cartoonish graphics, which even though takes away from the realism of the game also makes things easier to see and less demanding for your graphics card. Another huge distinction between the two is that in Fortnite you can use your pick (starting melee weapon) to get resources from trees, rocks, houses, garages, cars and other items on the map, then use those resources to build structures such as walls, windows, roofs, bridges, stairs, etc. As you can imagine, being able to protect yourself when surrounded or to reach an otherwise inaccessible vantage point is quite the game changer. Unlike in PUBG, there are no vehicles, so you will either have to go on foot or use one of the newly introduced launchpads, which throws you into air allowing you to redeploy with your glider, but which also makes you extremely vulnerable since in the air you're extremely visible and can't shoot back. Furthermore, weapons have different quality levels represented by colors, which means that you may be hugely outgunned by someone who has the same rifle as you but with rare or legendary status. Lastly, the map in Fortnite is significantly smaller, which means that Battle Royal games are less time-consuming. 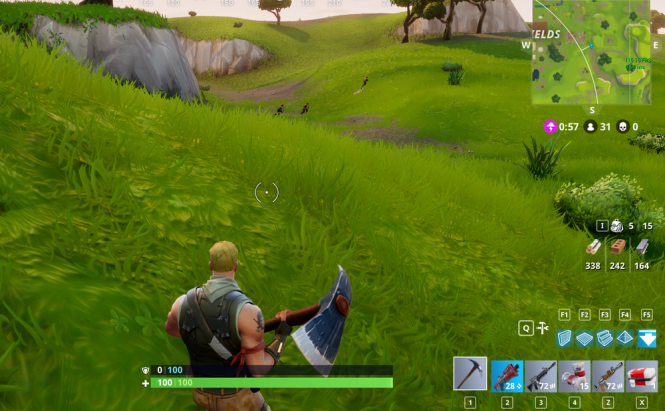 Now, if you would ask me which one is better, Player Unknown's Battlegrounds or Fortnite Battle Royale, I honestly couldn't tell. Even though I played both games it's ultimately up to each individual's tastes. The one thing I can tell you though is that I had more fun playing Fortnite, but that could also be because I played it with friends, while in PUBG I was forced to play in solo mode. Since Battle Royale is free and Battlegrounds isn't, it's much easier to involve your buddies and have them play with you, even though they will need to install and use the EPIC Games Launcher instead of simply using Steam.

Cool game but it doesn't work on my PC.

–  3 years ago  –  Was it helpful? yes | no (+3)
Useful Windows applications
Interesting Windows stories