Gamers, rejoice! The Play Station Now service may soon provide you with a chance to play PS4 exclusives on your PC. 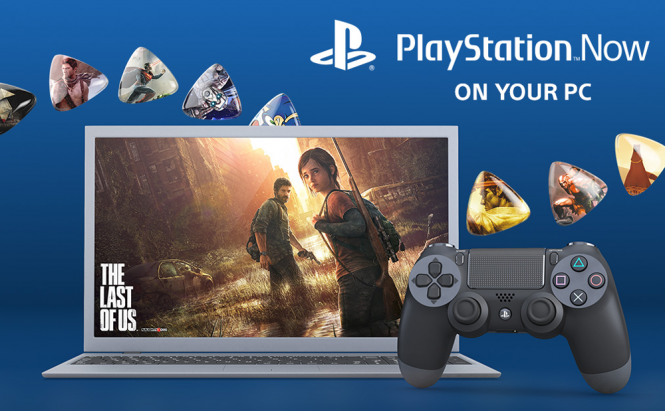 Ladies and gentlemen, it seems like the days of console exclusivity are behind us now. It doesn’t mean that the console wars are over – they’re not – expect the next big splash when Microsoft's Project Scorpio and PlayStation 5 hit the shelves. It simply means that ‘exclusive’ titles won’t remain exclusive for too long as the industry gravitates toward game streaming services. Last year saw the launch of Sony PlayStation Now – a cloud-based streaming service that lets you play over 450 legacy PS games – including PS3 titles – on your PC. This year Sony promises to add PS4 games to the catalogue.

How does it work?

Running a PS Now through your PC is relatively simple. All you need is a modern version of Windows (at least Windows 7), a DualShock 4 controller and a fast internet connection. Pay the monthly subscription fee of 19.99$ and you’re good to go. This, however, may drastically change in the near future as Sony will have to switch to servers with far more processing powers to run PS4 games. As for now, the company reassures that there won’t be any additional costs for playing those titles. Users, however, may consider opting for new 4K displays to fully appreciate the experience. Sony will be running a closed testing with avid PSN users within the next few weeks, so if you are one – be sure to check your e-mail inbox once in a while. Horizon: Zero Dawn might come to PC through PlayStation Now

Right now PSN is the best way to play such titles as The Last of Us and Red Dead Redemption on PC, both of which are gaming masterpieces in their own right. In other words – if you are interested in a small number of PS games and not in the console itself – the service gives you a chance to play those games for a fair price. There are, however, two major issues with such an approach. The first one – you don’t technically own the game – you ‘rent’ it, as you do with movies on Netflix. If you are kin on replaying games over and over again – you may find yourself in a situation when you’ve paid more in subscription fees than the game actually costs! The second one is purely practical – even though PSN is adding PS4 support – don’t expect newer titles to pop up on the service upon release. You’ll have to buy the console to play them while they’re fresh. Sony remains silent on what PS4 titles will end up in the first batch and when exactly they are going to launch the support.

With that said, PlayStation Now is still a great service that PC users used to only dream about, as there are a number of ‘PS exclusives’ that – like good books – hold up pretty well.  Plus – with a PS4 support added – hopes are high that we’ll be able to play Horizon: Zero Dawn, Bloodborne and Uncharted 4 on PC eventually. Let’s wait and see.

If you gaming is your passion, you might like to read our previous gaming-related entries, such as "Most anticipated video games of 2017" or "Here are the PC requirments for Mass Effect: Andromeda".