Pandora is Under Threat Again

Good news for you, Borderlands' fans! A next part of the game comes out in a week... or two: September 18 is scheduled for North America and... 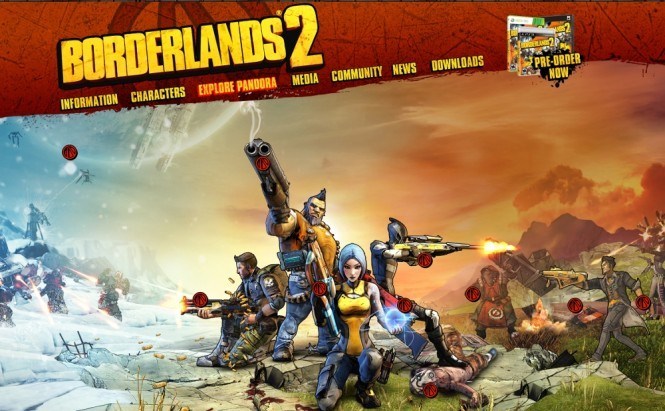 Pandora is Under Threat Again

Good news for you, Borderlands' fans! A next part of the game comes out in a week... or two: September 18 is scheduled for North America and September 21 â€“ for the rest of the world. Do you remember the cute robot Clap Trap that met you in the first part of Borderlands? Well, he probably won't guide you now, this is still a mystery. Yet, at least, the screen shots show that Clap Trap will be featured in the game. The new gameplay trailer, which fully describes the new game, is introduced and narrated by Sir Hammerlock. Well, to my mind, he is not as charming as Clap Trap was, but better than the first part 'driver'. 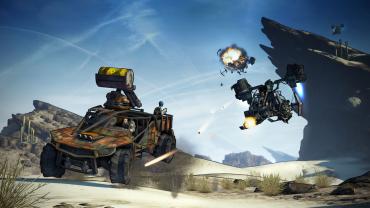 The whole look and feel of the first part has been preserved: in the new installment, you can also enjoy the cartoon-like characters and landscapes of this RPG and shooter game, which can impress even the most demanding taste and make the game highly recognizable among others.

Through this familiar graphic will help you start exploring the new corners of Pandora. This time you won't be trying to find a mysterious Vault, but rather will have to stop a real person, namely a certain Handsome Jack, who wants to awaken an ancient alien evil called â€œThe Warriorâ€. 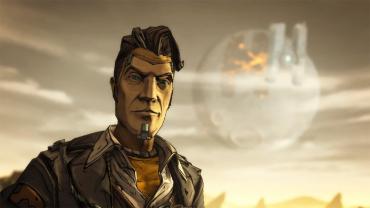 Handsome Jack, the One to Fight Against

Speaking about the new world, its major difference from the old one is that it is wider and you will explore not only dark-colored and waste-full areas, but also white, snowy, and green, grass-filled zones. There is a moon base as well, which is said to be not a minor part of the scenery. It can, and will, interfere in your journey (from what we have seen so far, the player will encounter deathly machines, sent to eliminate him or her from up there).

In fact, the new changes are rather difficult to describe in short, so the best variant is to see the wold live, when the game comes out. 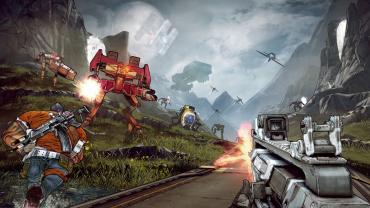 Just as before, you can play the game either alone or in a party of up to several players, sharing the same adventure on-line. The latter alternative seems to be more interesting, as was the case in Borderlands part one, because you face stronger monsters and have to apply some team strategy and in a totally different atmosphere. Besides you can exchange your opinions right at the moment of playing.

Yet, the new game brings one interesting feature, shown in the trailer, â€“ two players will be able to share one computer and one monitor in a split screen mode. This mode is said to support both on-line and off-line game style. Frankly speaking I can hardly imagine how another aspect of this possibility will be realized â€“ the keys for character actions. Probably this is one of those cases, when the only way to find out how it works is to try it.

Borderlands 2 has drop-in-drop-out capabilities which allow to enter or quit multi-player mode with no need to quit the game. This is very convenient, to my mind.

The Characters and Ammunition 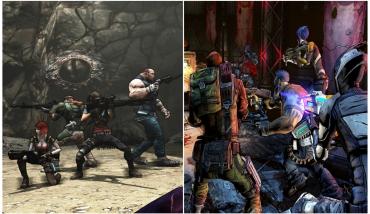 The Old And the New Teams

The main part in saving the world is always left to heroes. This time, there is no change in number (at least, for now) â€“ there are four characters to wait for. Still, the developers speak of the fifth one coming later in one of updates, so the game will support a team of five on-line players.

The classes are within the familiar playing styles, though with certain differences implied. If you remember, the first version of Borderlands featured Lilith (the Siren, the girl who could become invisible, I just adore her), Mordecai (the Hunter, a great sniper in fact), Brick (brute force, so to say) and Roland (the Soldier, and this describes him best). The new ones are in some way similar, yet being totally different. Let's have a look at each one of them. 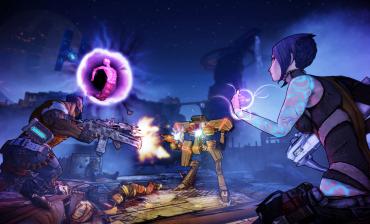 Maya, the Siren, using her power

Being the carer of the same class as the girl from the first part, she has different abilities. The ones the developers have told us about are: the ability to control the battlefield with the force and healing the allies. This changes completely the playing style for the character and provides new possibilities for game strategy. 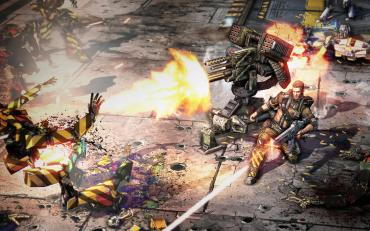 Axton, the Commando, and His Turret

I see Axton as a substitute for the Soldier. This character knows hot to deal with turrets (he can establish them) and how to work with nuclear bombs, which can be thrown upon turrets to get maximum damage along with a beautiful explosion. 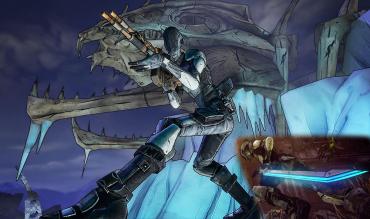 This character brings in a new feel for those of you who enjoyed playing as Mordecai. He knows how to handle blades and can perform very quick attacks. By the way, it is very similar to the Hunter in his body build. 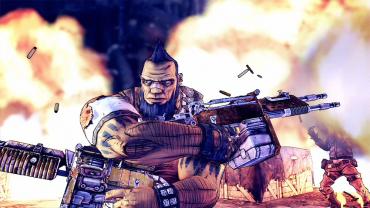 This character blows up my brains. He can hold two weapons at the same time and to shot from each of them. What is hard to settle in my mind is that there is no limit on which weapons can be handled: he can shot even two sniper rifles.

Still, the most intriguing moment for me here is that the developers say, that while playing you will meet the old heroes, who will help you on your quest.

Speaking of the weapon choice, it is expected to be extremely variable as before. All grenades and guns are randomly generated within the game, so you won't find even a pair of identical items.

Summing up, I'd like to share my expectations of the upcoming game. A couple of years ago, when a friend of mine showed me the first Borderlands, I was impressed by many things, that I couldn't predict. Of course, the most vivid impression was from Clap Trap, the robot, which overmasters you from the very loading screen. The graphics were no less impressive, and of course neither was the teamplay.

It seems that we may expect something similar from the new release. Surely it will be a completely different experience with all the new game zones, and monsters, and quests and heroes, and stuff. The new vault hunters should be no less interesting to play as than those in the first version. I can't say for you, but I'm looking forward to its release. See you in the new Pandora.

Referenced Windows applications
Which of the new characters is likely to be chosen by you to play for?

I'd prefer Salvador to play for. He appears to be all-powerful with two rifles able to shoot simultaneously.