Live Through Your Favorite Story

In case, you've enjoyed a film and would like to live it through, check out, maybe there is a game created upon the story, which awaits you. 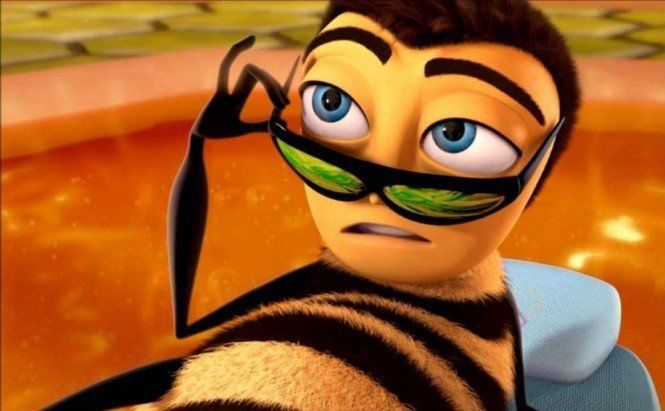 Live Through Your Favorite Story

Each of us has a favorite movie or cartoon. Many of them, nowadays, can be enjoyed not only on the screen, but can be lived through, putting on the boots of one of the main characters. Especially, if you are a gamer, for whom puzzle, action and arcade games form a decent part of your life.

It should be mentioned, that in most cases, cartoons serve a basis for kids' games, a good example here would be the Bee Movie game, while films are more likely to suit for a more grown up auditory, like the Ghostbusters and Transformers video games. Of course, it is not 100 percent this way and the lowest age border is set for each game separately.

The main question, concerning these games, seems to be: how good are they? Well, I suppose that only subjective opinion can exist here, as judgment largely depends upon the person's tastes and expectations. Nevertheless, let's try to figure out how good are the three mentioned above. In case, you've watched the cartoon, which has identical name, you remember the story behind the title. If you don't, in short it can be put like this: a young bee brakes the rules and chooses the career of his dream, makes friends with humans and changes his bee life as a result, becoming the first one who broke traditions.

In the game you take the role of this brave bee and live his story through. There is no separate tutorial. You just begin playing, after watching a short introductory film, getting instructions right on the way. It is very colorful and bright. Bee Movie is full of mini games, like job-testing ones in the very beginning, the taxi driver one, for example, where you have several levels to finish and some tasks to be performed. It should be mentioned that the game provides you with an interesting feel of being a tiny creature. And it can be tried out for this reason solely. Mind, that it feels to be the game for kids, being a bright, colorful and kind adventure. The legendary movie gets a new life as a game. The famous team recruit a new team-mate and teach him the essentials of the profession. The physics of the game is impressive as almost everything around you is breakable or destroyable. After you teams' work a cozy room may look like a battlefield with no whole objects remaining. Speaking about the action in game, when you catch a foe, you have to take into account the surroundings, as furniture or obstacles may interfere with the gameplay process. You will have a choice of several weapons to fight with, including the slowing down one, to fight the quick monsters with. To my mind, one of the best moments about the game is the well-known music track, which is preserved in the game. If I were to estimate the game, I would give it a pretty high mark for preserving the atmosphere, so well remembered from the film.

Transformers - Revenge of the Fallen Transformers - Revenge of the Fallen is a story of fight between Autobots and Decepticons. With this game you fall into the high-tech world of robots. It is very atmospheric. You can go it through twice – for Autobots and for Decepticons, taking either of the sides. If you dare to try it out, prepare to react quickly: fights are highly dynamic, as foes do not stand like statues, waiting for you to attack, they fire missiles at you, change their position and try to hide from your weapons and strikes. In the very beginning you have to pass an obligatory training, which teaches you the moves and special abilities of each of the machines. It is highly realistic, you feel the weight of your character, when it lands, jumps or walks. You can crash many objects, for example, even wires can be torn.

To my mind, these three games are decent continuations or reincarnations, if they can be called so, of the movies: they preserve the atmosphere, provide enjoyable quests and allow you to live the stories through. Even if you won't go them through, you will get positive emotions, playing them. If you have some other favorite games, which are based upon films or cartoons, feel free to share your experience in comments.

Do you enjoy playing games,which are based on films?
View results

Previous story Track Your Time on Your PC Next story Time Attendance Software: Fight for Your Rights!