Hey! Who is Spamming Me?

Many people and firms nowadays have Twitter accounts. Each of them has been set up for some purpose (as a way to share news, a communication and... 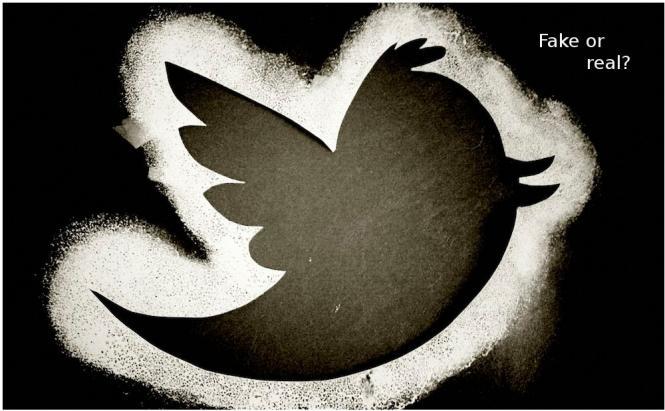 Hey! Who is Spamming Me?

Many people and firms nowadays have Twitter accounts. Each of them has been set up for some purpose (as a way to share news, a communication and learning tool in education or an emergency communication tool, for example). If your tweets are good and interesting, more people start following you on Twitter. However, not all users are real ones, the so called 'fake accounts', which are created to rise the number of followers. Companies sometimes may buy 'fakes' on purpose. This was the case of CDU in Germany, you might have heard of it, when the Union counted 5000 more followers of their account in 3 days. Though eventually losing them. Frankly speaking, I do not understand why CDU did it, or whoever did it for them, what profit did they get from such lies. Regular users are often spammed by these fakes and, thus, try to get rid of them.

At the moment, a team called StatusPeople have created a tool for those who want to know how many spamming accounts (fake ones) are following them. The tool is called Fake Follower Check.

The Mechanics of the Checking Process The Fake Follower Check service asks for access to your Twitter account to scan your followers. In return it tells you the amount of Good, Inactive and Fake followers in percent. The same analysis can be done for other Twitter accounts, not necessarily yours.

A sample of your follower data is taken and passed through a number of criteria. The records might be up to 500, depending your popularity. The suspects are those accounts that tend to follow huge amounts of accounts, at the same time having no or very few own followers and tweets.

Are the Results Trustworthy? It is impossible to check the accuracy at the moment: as this seems to be the only tool of this kind. This uniqueness makes us believe the developer's promises, which claim that for those with the popularity of about (equal or less) 10,000 followers the results will be very accurate. With higher numbers you will rather get an overall picture of your followers' activity.

The aspect in which it is still to be modified is 'your fake followers' list'. At the moment you can see the list of top fakers on the Fakers Wall, but you can't see who is a fake follower from the scan results. You just get the percents.

Nevertheless, the day might come when we will be able to see who is spamming and following us: real people or fakes. The group plan to develop a Spam Removing Tool which will ease the cleaning of the tweets. At the moment you can check how many 'ghosts' follow you. The data you get might be... surprising.

Referenced Windows applications
What is the procent of fakes among your followers?