Have you noticed Game DVR tool that Windows 10 has recently introduced? Are you curios about it? Here's all you need to know about Game DVR. 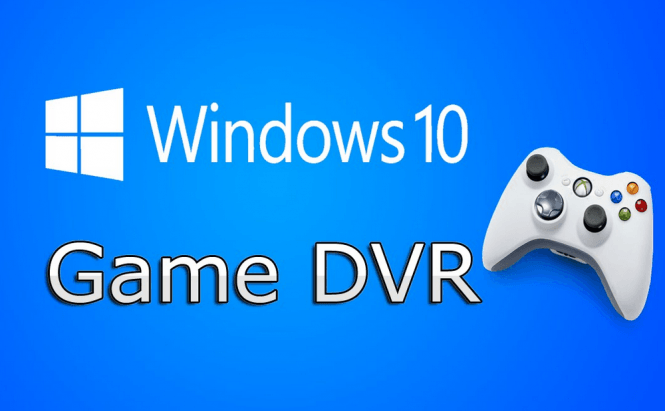 I'm not sure if you've noticed this or not, but there's a tool called Game DVR embedded in your Windows 10. Probably, if you've played video games on your PC, it has already affected you even if you didn't notice it. If you don't own an Xbox console it's also very likely that you don't know what it does. This is why, I've decided to write this short article and tell you the necessary information about Game DVR, including how to disable it.

The Game DVR is a video-recording tool that is a part of the Xbox application, which Windows 10 installs automatically. This utility is designed to help you create video recordings of your gaming sessions or take screenshots while you play. If you like to show off your gaming prowess, there are a few advantages of using Game DVR: firstly, for starters - there is no need to go through the trouble of installing a third-party application. Secondly, the customizable shortcut keys of the application allow you to start and pause recordings or take pictures in an instant: without switching to a different window. And lastly, there's a background recording mode that constantly records your in-game actions so that you will always be able to replay your shinning moments even if they took you by surprise.

If you're interested in using Game DVR, all you have to do is to hit the Win + G key combination while you're in a game and the Game Bar should appear on your screen. Using the buttons on that bar you can start, pause and stop recordings, take screenshots, access a few settings, customize the keyboard shortcuts and launch the Xbox app. By default all your videos and screenshots will be saved inside of your Windows account's Video folder in a directory called Capture. You should also know that the media files that you create with this utility are tied to your Xbox account and depend on your settings, they may automatically be shared with your friends inside the Xbox app.

Unfortunately, Game DVR does have several drawbacks and some of them can be quite irritating. For starters the game bar doesn't show up all of the time when you're in full-screen mode, so you might need to play in windowed mode if you want to use the tool (and that's rather inconvenient). Moreover, I got really annoyed when the background recording started by default on my PC without any kind of warning or notification. I had to struggle to figure out why my framerates dropped so badly no matter which game I played. This is why, as far as I'm concerned, if you're not interested in using the application, I recommend disabling it. All you have to do is to open the Start menu, type "Xbox" until the Xbox app appears in the Best Match category and launch the application. Once you're logged into it, go to Settings, click on the Game DVR tab and put the "Record gameclips and take screenshots using Game DVR" slider to the Off position.

Now, when you know what the Game DVR tool on Windows 10 is and how to disable it, you may also want to read some of our other stories like: "The dangers of using "anti-spying" tools for Windows 10" or "Customize Windows 10 Send To menu".