You're Gonna Laugh. Part I

The times are changing rapidly nowadays. Little more than a decade has passed since the beginning of the new millennium and look what these ten years... 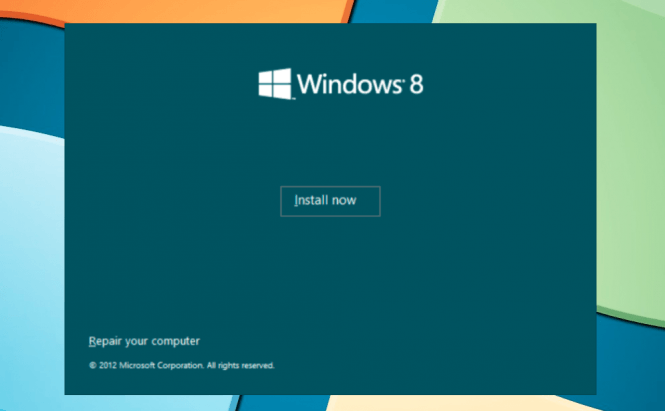 You're Gonna Laugh. Part I

The times are changing rapidly nowadays. Little more than a decade has passed since the beginning of the new millennium and look what these ten years have brought along: the first black President of the United States, a full-scale world financial crisis and four distinct versions of iPhones.

The only islet of stability in the ever-accelerating modern world was the immutable adherence of Microsoft to the windows-based UI, largely revolving around the iconic Start button. Hordes of new technologies appeared every year, the unprecedented fever came to surround Apple's iDevices, starting the boom on the mobile market and leading to the emergence of WebOS and Android... And all that time the Microsoft designers were looking like a bunch of Victorian gentlemen sipping tea on a mansion porch and patronizingly looking at immature greenhornish youngsters frolicking on the lawn.

The Redmond crowd just didn't want yet to give up on their favorite UI-solution whatever the alternative could be, and stuck to that attitude until they realized Microsoft was eking out a miserable existence with pitiful 4 % share on the global tablet market. Something had to be done about it, the sooner the better.

Six days ago, hundreds of IT journalists around the world uttered a sigh of relief, seized their pens and started writing about the new tech-wonder by Ballmer's team: Microsoft proved that something was done about their miserable condition on the tablet market, as it finally presented its long-hypothesized-about Windows 8 OS on Day one of BUILD developer conference. The operating system came not alone. It was accompanied by the Samsung Prototype PC, which looks exactly like a tablet to the profanes. However, both Samsung and Microsoft are insisting that this product should be called 'PC' and positioning it as the response to Steve Jobs' visions of the 'post-PC era'. Think for yourself: the device can be used as a portable if you carry it along and use its touch screen, just as with the myriads of other tablet computers; but there's one big 'but', because as soon as you come to your workplace or home, you set your Samsung to a dock, hook up a keyboard and a mouse, and voilÃ  - you've got a full-fledged desktop computer.

Still, it's a bit weird that Microsoft is falling over themselves trying to convince everyone that a tablet with a Windows OS, a keyboard, and a mouse is no tablet anymore. It reminds me so much of a scene in Lock, Stock and Two Smoking Barrels: the three friends are waiting for their sidekick at some obscure Samoan pub, and one of them orders a beer. The bartender goes like: 'If you want a pint you go to the pub'. The confused client says: 'I thought this was a pub!' Then the bartender responds in a somewhat arrogant manner: 'It's a Samoan pub.' The argument around how we should call the Samsung Prototype PC is nothing but a portion of marketing gibberish, intended to veil possible differences in the functionality between this device and those by Samsung's rivals. 'Oh, really? Do you really know a feature that is absent on our device and can be found on, say, iPad? I'm afraid, you're mixing the things up: iPad is a tablet, and Samsung is a PC. These are different types of devices.'

Other than that, it is a sneaky attempt to cheat on Cupertino. Apple declared the imminent arrival of the Post-PC Era, dominated by the tablets, netbooks, and the like. Microsoft had just nothing left to do but to make a good face at bad game: to present a Windows-based tablet, blink hard, and hope everyone will take it for a PC. It doesn't sound convincing to me. I know that if it looks like a tablet, works like a tablet, and feels like a tablet, then it probably is a tablet. Samsung Prototype PC: It's NOT a Tablet!

And now to the OS proper. The major new feature is the drastically revamped Windows interface. Although the Microsoft designers failed to bid farewell to the old-school desktop look of Windows, preserved in the new OS, this UI is not the basic one. This part has been taken over by the so-called Metro design language, which features a much greater comprehensibility and brings substantially more aesthetic pleasure than its predecessor. Unlike the traditional windows-and-icons UI, the Metro-based Windows makes use of animated colored tiles showing you what is going on in the applications they represent. The whole interface feels much more responsive with its pervasive animation: you literally get the impression the OS is 'alive'. It is especially true for those who never used anything but the old-school Windows UI with its crude animations looking more like a mock at the notion 'responsiveness'. The Metro Interface in Windows 8: Never did It Look So Cool

Those who use Windows 7 are sure to be familiar with Metro. Remember how you first opened Microsoft Media Center or Zune portable media player? As for me, I couldn't believe my eyes. As I ran it for the first time I thought: 'Man, it would be so cool if the whole OS would be like this! That would be something like... a user-friendly Windows?'

Now Beast of Redmond has made my dreams come true. Moreover, on the Samsung Prototype PC Metro will be the actual Windows, while the icons-and-folders UI will be emulated. To my mind, it is an obvious indication of the IT branch's slow drift towards the complete device integration and the inevitable death of the system block as we know it. Mr. Ballmer, are you really sure this Samsung device is a PC?

Nevertheless, the combination of the two interfaces within one OS gave rise to the criticism from some prominent IT-journalists, like MG Siegler from TechCrunch. The critics don't understand why Windows 8 for the tablets needs the old-school user interface, which is almost useless there. They claim it is absolutely pointless to have all these Microsoft Explorers on your tablet if the OS allows you not to leave the oh-so-awesome Metro and still be able to make use of almost all the functions: 'You're gonna laugh using it!' The Traditional Interface in Windows 8: Not So Bad Either

What can I say? It seems a bit strange to me that the colleagues failed to notice the Samsung tablet can be docked and used as a desktop. I understand that there could be people who would buy this device and use it solely as a tablet, but it doesn't mean Samsung should launch two separate product lines for the devices that can be set into a dock and the devices without such a capability. The current two-interface model makes much more sense, because it's universal. If you don't want to use the old folders-and-icons interface â€“ just don't use it. If you think it's weird that you can bring up DOS on a tablet â€“ don't bring it up. That's it. The traditional Windows interface is still much more suitable for the work on a traditional desktop, because Metro was obviously developed with its use on touchscreen devices in mind and one still has to see whether it will do well on the classical keypad computers. If it is not a sufficient reason to retain the traditional Microsoft UI in Windows 8, then I'll eat my own pajamas... Without ketchup.

Metro interface is kinda not usable for home PC without touchscreen.