This is the last article in the set devoted to introduction of Virtualization. The first article touched upon the concept of virtualization and why... 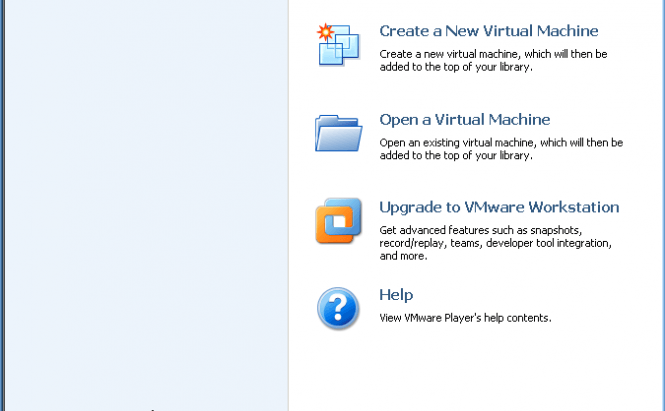 This is the last article in the set devoted to introduction of Virtualization. The first article touched upon the concept of virtualization and why we need it. In the second article I talked about hardware that is needed to execute a virtual machine without hassles. This article will be about the software for running virtual environments.

Please keep in mind that those articles are written with the regular users in mind, therefore, I am going to be talking about the most popular choices and the market leaders in virtual machine managers. There are a great number of virtual machine managers on the market, but there are a few that are developed by huge corporations, and are used more frequently, then the other VMs. Wikipedia has a page that lists all of the virtual machines for various platforms (computer architectures). If you are interested in the whole list, go ahead and search for â€œPlatform Virtual Machineâ€ on Wikipedia's website. However, for the purpose of this article, I am going to talk about the four leaders on the market. They are VMWare by VMWare, Inc, Oracle's VirtualBox, Microsoft Virtual PC, and Parallels' Desktop. There are also other great virtual machines, but all of us started with one of the machines above and then moved on to a newer, different thing, so I am not planning on robbing the new virtual machine enthusiasts to go through the same experience as all we, experienced users, did.

The difference between the player and the workstation is that the latter costs nearly 200 bucks. It was before Player's version 3.0 that you could not create virtual machines and edit the settings, so you needed a workstation to do all of that. I'd suggest you start using the Player, and if you need the advanced functions, then try the Workstation and purchase the license, if you like it. The Workstation offers some advanced features such as teams, clones, snapshots and others. However, all of those features are not essential for a regular non-commercial usage, therefore most of you won't need the workstation. The VirtualBox had three owners in the past. It was originally developed by Innotek, which was acquired by Sun Microsystems, which in 2010 was acquired by Oracle. I began using VirtualBox when it was released under Sun's ownership. VirtualBox is an open source and it has the support of many developers around the world. There is information on the Internet that this is the most popular product for virtualization, however, those surveys are mostly done within Linux and Open Source community, which obviously support and use open source products, therefore, there is a possibility for biased data.

In many features, VirtualBox is ahead of all of the players on the market. It seems that the rest of the developers are catching up with VB, but being the first, the quality of their product suffers. Personally, I found it was very hard and at times frustrating to setup and run a virtual environment. There are plenty of features available, but navigating through them can be just as confusing as reading a book in a foreign language. VirtualBox is great for advanced users. I first learned about the Parallels Workstation when I started using Linux and I had to run some Windows applications. My computer was old so the program ran quite slowly. Therefore, I switched to software emulation programs (Wine) and dual-boot system for Windows application support. This software is not as popular as Oracle's and VMWare's products because it is shareware and it does not offer features you cannot find in other more famous products. Overall, this is an alternative to try and buy if you like it. My Thoughts: I prefer using VMWare products and this is why. Windows Virtual PC works only on Windows operating system but that's not the only system that I use for work and pleasure, and learning two or three applications is just not an option for me. Parallels Desktop was a good application but it is 80 dollars and I am not virtualizing that often anyways. Oracle's VirtualBox is a great application and my next best choice, but definitely not the primary due to my past shaky experience using it. It just doesn't act the way I expect it to. The software that I am using and inclined to use comes from VMWare. It works perfect on both Windows and Linux operating systems. The user community support is also great in addition to VMWare's support. I believe this is the most popular choice, unless you are hard core OpenSource activist.

At the end, you've learned a little bit about emulation and virtualization. Many facts and processes were intentionally simplified so they are understood by most regular PC user. If you are interested by the topic, I encourage you to learn more by trying out the programs and reading books on this topic. Virtualization will not go away like floppy disks did. It will only develop and its better you catch up with it now then later.

Previous story Virtualization 102 Next story The Future of Skype