Top 5 Games You Would Never Think of as Art. Part I

Games can be art, that's for sure. Even though the artistic value of video games was subject to heated discussions several years ago, nowadays no one... 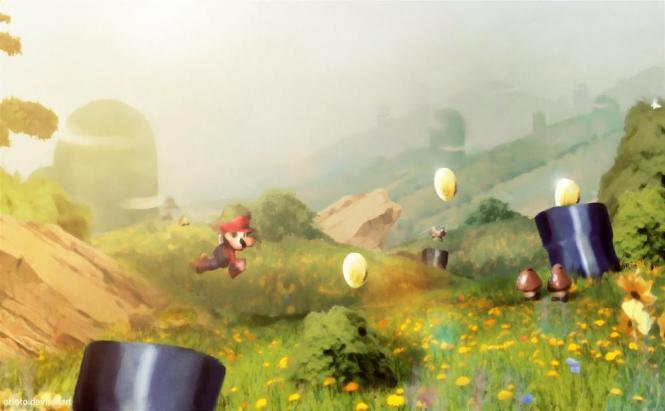 Top 5 Games You Would Never Think of as Art. Part I

Games can be art, that's for sure. Even though the artistic value of video games was subject to heated discussions several years ago, nowadays no one would have the guts to question it. Thousands of video game fans from all around the world would start passionately showing you such recognized 'art games' titles as Braid, The Binding of Isaac, or Braid as soon as the words 'art' and 'games' come up together in a conversation. So don't even think of bedoubting the aesthetic value of that new FPS or platformer you saw the other day!

Vested with the status of a new visual art genre, the video games have finally outgrown their 'fun stigma'. Today, nobody's going to sneer at you if you start reflecting over the deep, hidden meaning of a new platformer you got to play a couple of days ago. In 2012, you can release a 3D-shooter claiming to be a socio-economic comment on the deplorable moral condition of the modern consumer society, and nobody will think you are mentally ill. Moreover, even the old, well-known games start looking as works of art rather than merely when seen in the new game industry context. A most straightforward commercial title, seemingly developed for the sole purpose of making money, can attain an art halo if viewed from another angle. That's why we tried to present several games you would never think of as art: it's never late to try and find something new even in the most familiar things.

Hipster mode off: There must be not so many folks who take Desert Bus seriously. Nor are there many folks who like Desert Bus. If you don't have any idea what this game is all about, the odds are you'll share the majority opinion upon playing it for the first time. Moreover, you're likely to stick to that opinon even after the second, third and umpteenth try on Desert Bus... and even more likely is that there'll be no second try.

The gameplay consists of a fairly uneventful trip from Tucson, Arizona to Las Vegas, Nevada. In terms of time, it will take you about eight hours to accomplish this goal, which is approximately just as long as it would take you in the real life. The bus you're driving is slowly drifting to the right, so you have to steer it to the left all the time, and, what's worse, there is no pause option: the game is supposed to be played through in one continuous run. To be more precise, the game can't be played through at all. As soon as you arrive in Las Vegas, you're given one score point and then have a glorious option range of either quitting the game or driving back to Tucson. Among the other thrills the Desert Bus has to offer is a bug, which reportedly splats on the windscreen after about five hours of gameplay, and the change of daytime, so you can experience the excitement of a night trip. A greatly diversified gameplay experience.

Hipster mode on: Alright, so long – so good... Except for one thing. You must be now wondering what Desert Bus has to do with art. No, it is not one of those bland artworks that get this name merely for the sake of being so mind-numbingly boring. The 'don't-enjoy-it-therefore-it-must-be-art' way of thinking doesn't work here. What we have is rather a video game equivalent of Andy Warhol's Empire or Sleep, both films being notoriously long and completely pointless. Actually, they are pointless unless put into a broader context: Warhol himself regarded his movies as 'anti-films', purposedly negating each and every principle of film-making at the time. The same turns out to be true for Desert Bus as well. Its creators claimed in their interviews that the tediousness of the gameplay was actually a reaction to the controversy over violence in video games that was raging around that time. Desert Bus came as an attempt to put aside all game industry. Put plainly, Desert Bus exposes the unspectular nature of the everyday life by subverting all the video game conventionalities. If it is not conceptual art in its purest (and totally unamusing) form, I am the Pope.

Hipster mode off: This one may come as a surprise. There's only a handful of games that have achieved the commercial success of Portal. This platformer game was the unexpected major selling point of Valve's The Orange Box and was met with overwhelmingly positive user and critical acclaim. Viewed from any angle, Portal is a blockbuster game appealing to the mass audience, something you wouldn't expect to bring big art claims.

The blockbuster games are just like the blockbuster movies. With all due respect to Hollywood, the films produced there can be regarded as everything but art. Most blockbuster films do not seek to convey any hidden, hard to decode messages. They tell a straightaway story, spicing it up with as many big badabooms and beautiful pictures as possible; so do the blockbuster games. Playing a game like this (as well as watching a movie like this) will hardly change the way you view things... most of the time. Hipster mode on: As nearly always, there are few notable exceptions to that rule. I think, everbody'll agree that there are more to Terminator 2, Matrix, or E.T. than big badabooms and thrilling chase scenes. In a similar manner, there are really more to Portal than shooting down hundreds of enemies or solving elaborate puzzles. GLADoS, the major antagonist of the first Portal title, is a perfect example of a mechanical villain along with such well-known characters as HAL9000 from 2001: A Space Odyssey or SkyNet from the Terminator series. Escaping from the Aperture Laborotories research facilities can be interpreted as the humankind metaphorically liberating itself from the fetters of the technical progress, as the society overcoming its excessive technicality. Yet, the metaphor is ambivalent, since this liberation would have been completely impossible, were it not for the Portal gun, i.e. another technical device. We become free from technology using this very technology, we re-shape the nature of our interaction with it, we bring it onto a new level...

Hipster mode off (again): Before long, Portal is art. Seriously.

Previous story Microsoft Presents its New Tablet Next story Top 5 Games You Would Never Think of as Art. Part II