III. Out of the Park Baseball 2007 Hipster mode off: If you think there can be no game as cheesy as Desert Bus, you're very wrong; because you have... 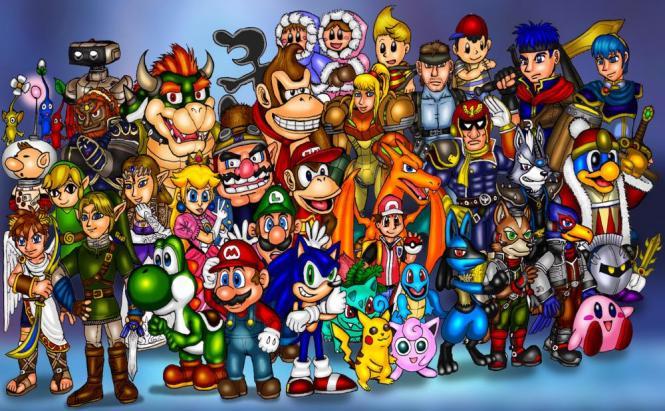 Hipster mode off: If you think there can be no game as cheesy as Desert Bus, you're very wrong; because you have never tried out Out of the Park Baseball 2007. I am not much of a baseball fan, like about 90% of the global population, but even I can smell the stink OOPB 2007 is exhaling. This game screwed up pretty much everything a game can screw up: the UI, the gameplay, the graphics, the storyline (okay, you wouldn't expect that exciting a storyline in a baseball manager simulator, but they haven't even tried), the gameplay trailer... Of course, I can think of people who may find the game nice and even thrilling, but they must be really huge baseball fans. Anyone having more than a nodding acquaintaince with video games could hardly stand more than five minutes of OOPB 2007 gameplay without critical brain tissue damage and ocular bleeding. Howbeit, I still claim this is art. Why? You ask me why?

Hipster mode on: If you have ever seen Black Square by Kazimir Malevich or L.H.O.O.Q. by Marcel Duchamp, you know what I mean. Even though art connoisseurs can praise them for their distinctive art qualities, all that most of the ordinary people can say about them is, 'Well, erm... Erm... There must be something about it but... erm...'

Just like the works by Malevich and Duchamp, OOPB 2007 led to a great deal of controversy and drama among the video game fans, as the game currently scores second in the overall Metacritic chart, right behind Half-Life 2 and ahead of such titans as The Orange Box, all GTA games, and all Elder Scrolls titles. The reason for this is that any game receiving more than five reviews can enter the Metacritic top chart, and of course OOPB 2007 received exactly five reviews, all of them positive. What we have now is a very controversial piece of, say, art that the great many consider as - at the very least - unamusing, shallow, and pointless; and the small minority of critics praise as an unsurpassed summit of the whole gaming industry. Sad but true: even if some other critic with an undepleted supply of common sense should decide to write a scathing review of OOPB 2007, it wouldn't count now, because the game has already gained so much fame and thus the review would be regarded as biased.

To sum it all up: I say this is art and this is an outstandingly great piece of art. Now try to disprove it.

Hipster mode off: Despite all the awesomeness of this great game (spot 12 in the Metacritic all-time highscores, just 10 positions behind OOPB 2007!), no one would attach much artistic value to it. Indeed, Civilization II doesn't expose deep lying mysteries of the human heart, it doesn't present any revelations about all-too-human things. This game merely gives an insight into how civilizations emerge and become more and more powerful to eventually conquer their neighbors and come to global hegemony.

If you agree with everything I have said above, forget it. It's all wrong. The truth is that even though Civilization II may not be art per se, it has brought about one of the most fascinating dystopias the world has seen in the recent past years if not decades. Don't you dare to mention The Hunger Games in my presence! Civilizatio 2: The Most Brilliant Dystopia Ever

Hipster mode on: This oh-so-awesome dystopia has been revealed to the world in this Reddit post by Lycerius. If you are a long-time genre fan, you won't fail to notice how similar this gameplay account is to the legendary 1984 by George Orwell. It is not just similar, it is almost identical to the book's story: a perpetual war with no end in sight, the impoverished world population, the ruined ecology, almost helpless ruling elites who have no real control over their countries' future... More frightening, Lycerius came to these results playing a civlization simulator, which, as follows from its name, is supposed to imitate in a simplified way how our own society tends to evolve. Reading his brief account of what he came to realize while playing Civilization II, you unavoidably start asking yourself if this is possibly the future the humanity is going to face.

And yet you can find it somehow hard to call Civilization II art. The question is whether we can call a game art if its one-time walkthrough gives birth to cool stuff like Lycerius' Eternal War. Is the content you can generate on your own by a game's own implicit means any different from the game itself? Who should be given the credit for creating this fascinating creative work: the player or the game developers? I don't know. Let it be both.

Hipster mode off: These days the FPS genre is plagued with high requirements the modern gamers set out for the game graphics. Many of them are so much obsessed with the visual side of the shooters that they forget the major thing the video games are made for: fun. And when it comes to measuring fun you have when playing a game, there are very few games around that could beat Doom.

Honestly, what can be better than hacking up these nasty pink demons with your chainsaw? What could bring you more satisfaction than blowing up Barons of Hell with your BFG 9000? What could feel more adrenaline-pumping than rushing away from a Cyberdemon, yelling at the top of your voice and waking up the neighborhood?

This game makes no claims, doesn't pretend to be telling a complex, multifaceted story or overwhelm you with capabilities of the modern graphic engines. It just gives you all these big mighty guns and says with a cunning smile, 'Boy, off you go!' Doom: Ah, What Can Be Better?

Hipster mode on: All this primordial butchering fun, lavish gore, and who-cares-about-the-background attitude links Doom to the B-movies by Troma Entertainment and Peter Jackson's early splatter comedies. Ironically enough, Jackson later changed to producing large-scale Hollywood blockbusters, largely repeating the fate of the FPS genre. The New Zealander's Bad Taste or Braindead compared to his Lord of the Ring trilogy feel so much similar to Doom juxtaposed with Crysis 2 or Killzone 3 that it is not even funny. In many respects, Doom turns out to be a brilliant parody of what the modern FPS has come to be. The legendary title by id Software laughs down at the whole hogwash the industry has been indulging in all these years and looks almost like a fresh indie game by some bearded New York hipsters. Believe it or not, that's heartiest praise I can give to a game.

Previous story Top 5 Games You Would Never Think of as Art. Part I Next story Firefox is Losing its Users