Brains. That's what they're craving for. That's what you badly need to defeat them and, well, stay alive. And that's what's been their recognizable... 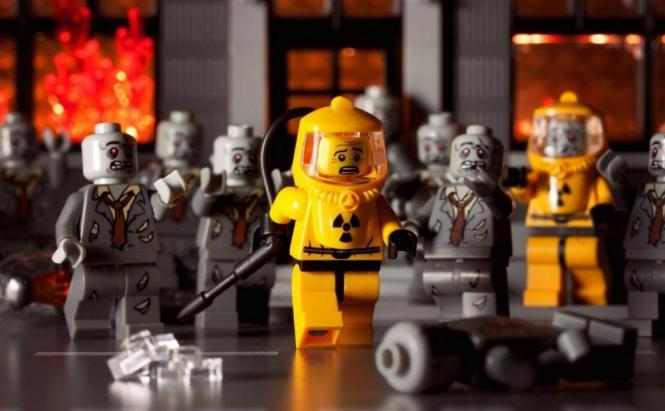 Brains. That's what they're craving for. That's what you badly need to defeat them and, well, stay alive. And that's what's been their recognizable catchphrase for decades. For if you're walking some dark corridors and hear the distorted 'Braaaaaaainzzz!!!' coming from behind, you may be sure: they're out to get you. Zombies.

If you wipe aside the visual conventionalities of the survival horror genre, it becomes clear that Minecraft is one of the most successful survival horror games ever. Yessir, it's not that much of a 'horror' and focuses pretty much on the 'survival' part, but I swear I nearly soiled my pants when a zombie crept up on me in the dark. 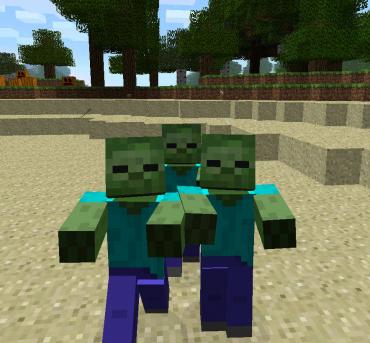 Honestly, even though the Minecraft zombies are not even nearly as scary and tough as their counterparts in other video games, they're great. They're my personal favorites among the Minecraft mobs, even ahead of the iconic slimes. Their minimalistic design, the blood-chilling sounds they produce and their nasty habit of breaking the nice wooden doors of your cozy hut is what has brought them to spot 5.

If you're a diehard fan of George Romero's Living Dead film series, you can reprimand me with righteous anger in your voice, 'The zombies in Half-Life cannot count as true zombies! The true zombies are dead rising, and not merely humans controlled by extra-dimensional parasitic creatures!'

Strictly speaking, you'd be right. Yet, I don't care: these guys in white coats with their chest ripped apart and their head slowly digested by a headcrab, they are zombies. Period. 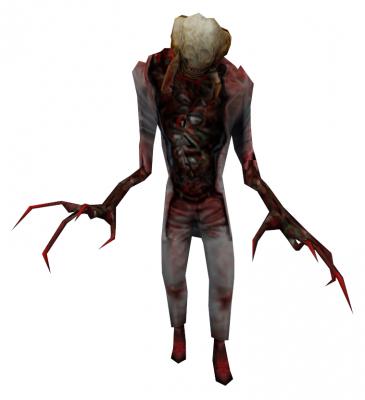 Half-Life: The Smartest Zombies Ever

The reason for my advocating the zombie-like nature of the Black Mesa infested scientific staff is that I love them. They're fun to poke with your crowbar and even more fun to strike them with it. The braindead (ha-ha!) inhabitants of the city of Ravenholm in Half-Life 2 are great in getting into your carefully placed trap and can even burn. The best part of it all is that if they finally make it to your and Gordon Freeman's precious body, they don't make that much damage: I can't remember a single instance of being killed by a Half-Life zombie. That amounts to spot 4.

BaiohazÄdo TsÅ« (Biohazard 2), as the game is actually called in Japan, has finally proven to the world that it is not only arcade games and splatter films that zombies fit into. This title redefined the survival horror genre even more than the first installment did, and pulled in mighty amounts of cash for Capcom. Forget about the inglorious ignominy by Alexander Witt starring Milla Jovovich: the fourteen-year-old game title beats this monstrosity any time of the day without even noticing it.

In these long fourteen years, Resident Evil 2 was idolized, assuming more than a cult status among two generations of gamers. The somber, oppressing atmosphere and overall toned-down feel of the game became staple for the genre for years. If there is some game that one can call a zombie classic then it is definitely Resident Evil 2. Spot 3.

The most hardcore of all hardcore zombie games, a game that crosses the line between gaming and reality, giving you a chance to take part in a real battle between the survivals and zombies on either side. The war has been raging for nearly seven years now, no end is in sight. The outcome is unknown. Boy, is that awesome. 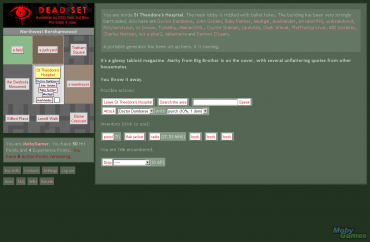 Urban Dead: The Text Zombies in a Full-Scale Survival Simulation

I guess very few of you have ever played text-based games and neither have I. I mean, I never had before I checked out Urban Dead. Now I dedicate twenty minutes of my time every day to surviving in that harsh post-apocalyptic world. Actually, 'survive' may be a bit of a false word, as I play as a zombie... Well, then 'prevail'.

Anyway, if you are seeking for some new awesome game and haven't tried Urban Dead yet, that's exactly what you need. The graphics are non-existent, but the seething real-time war between the two fractions won't leave you indifferent.

And don't you tell me you didn't see that coming. The chef d'Å“uvre by PopCap proved that zombies can be all about tower defense. It also showed us that mainstream developers can release brilliant casual games (at that point they must be putting out their tongues at the indie developers) and, more importantly, demonstrated that a casual game can be a major commercial success if it's done the right way. 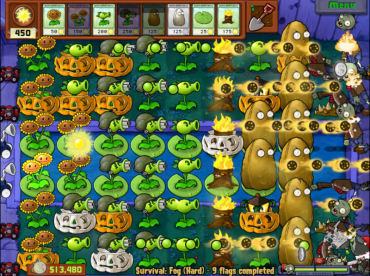 Plants vs. Zombies: The Cutest Zombies in the Game Industry

That game wasted more of people's time than any other title I can think of, and it speaks volumes. This game deserves its leading position more than any other game on our list, as well as many other great zombie titles like Left4Dead.

Ok, enough of beating around the bush. Here are thirteen hours of Plants vs. Zombies gameplay. Enjoy it!

Referenced Windows applications
What is your favorite zombie game?

You're mixing the things up: there are two different TWD game franchises.

I'm deeply in love with Plants vs. Zombies. I've never spent my time so senseless))) But I don't regret.

Half-life - have some episodes.
Resident Evil not 2 - 5!
Plants vs Zombies - not bad, but not HALF-LIFEEEEEEEEEEEEEE!