The Last of Us: The Best Game Ever

They fight, kill and flee, they try to stay alive and stay human. Read here why The Last of Us is the best game ever. 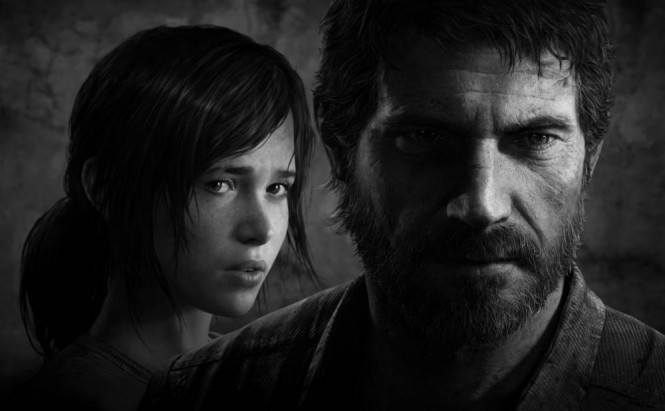 The Last of Us: The Best Game Ever

The world has perished. Your Dad's disappointed sigh when Patriots lost to Giants. Your Mum's tender voice waking you up for school. Your stupid idiot of a neighbor who guessed that 7 am on Saturday is the perfect time to fell this goddamn pine. That girl's smile. All of it has perished. What has filled the void instead is a cold, dark and deep abyss, where all you've got is sinking into: all you say, all you see, all you think about. Everything falls into this bottomless nothing, leaving you face to face with the darkness.

The best three video games we have seen in the last two years are all about one the same thing: the feeling you have when someone pulls the rug from under your feet and you are falling. The Walking Dead, Bioshock Infinite and The Last of Us. Three stories of how your world goes up in flames and you watch it burning. Three stories of redemption and catharsis.

The Last of Us is a story of a fifty-something-year-old cutthroat smuggler and a teenage girl, immune to the enigmatic zombie fungus, following the path of the Frontier pioneers in a desperate attempt to make the world normal again. Surrounded by hordes of zombies, gangsters and cannibals, they're driven to the extremes; they fight, kill and flee, they try to stay alive and, more importantly, they try to stay human. The harshness of their environment and the importance of their mission on the one hand and the normal human yearnings for love, care and support on the other hand finally clash at the game's end, leading to one of the most dramatic climaxes you have ever seen.

The Last of Us continues the post-apocalyptic game trend, initially set by games like I Am Alive, The Walking Dead and the Bioshock series (even though the last one is more similar to something like a chamber post-apocalypse, and in Bioshock Infinite it is you who triggers the apocalypse in the first place). These games have left the well-trodden gore trail blazed by their legendary predecessors like Fallout. They moved the focus from the world lying in shambles on to people crawling around on its shards, to the way ordinary people like you and me react to the out-of-ordinary circumstances. It turns out, most of the time their reaction is ugly. The Last of Us: Trying to Stay Human

Playing as Joel in The Last of Us, Booker DeWitt in Bioshock Infinite, or Lee Everett in The Walking Dead, you have to make hard choices. You have to fight to survive and rescue your female partner, and you have to kill not to be killed. The gore you see in all of the three titles is appalling, and at least in Bioshock Infinite and The Last of Us it is a direct consequence of your own actions. The cruel rules of the insane world allows for no other way to survive but to cause a bloodbath and slaughter other people clinging to their lives as hard as you are. Anyway, it mostly doesn't feel like yet another bait for dudebro players Ã  la Manhunt or Postal. The violence is flesh and blood of the worlds portrayed, be it Georgia, overrun by zombies, or the racist and Christian fundamentalist city of Columbia. This violence comes across as very true to life: you will almost surely want to avoid it but will eventually fail, as that's how these worlds work.

The female protagonists of the three games deserve a special praise: the video game industry has finally managed to abandon the old as the hills damsel-in-distress paradigm. Ellie, Clementine and Elizabeth all possess an enormous amount of integrity, of honesty to themselves and people, dear to them. For me, one of the most irritating things about the game female characters is that they keep doing dumb things. They just keep running into trouble, acting as if they had an IQ slightly higher than that of a jellyfish and, in strict compliance with the 1950-s sci-fi stereotypes, shrieking their heroic men to help. That is something that you can't even imagine Ellie from The Last of Us be doing. She shows much more patience, understanding and human warmth, coupled with pure teenager's rage and survival instinct, than the adult male Joel. Yep, he's a handsome man with a gorgeous beard (the best one in the gaming history). He's a big guy who can beat anyone to death and he knows how to handle a gun, he's seen it all and you can read it in his eyes. But he's not nearly as good as Ellie in making his barren world of zombies and bloodthirsty thugs worth living. He's not nearly as good at facing the truth and bearing its weight. That's where the sexism stops being a topic in video games: Joel is not so weak because he's male and Ellie is not so strong because she's a woman. They are as they are, period.

This idea of showing people as they are brings us to a very important point about the three games. They are extremely honest to the player, not trying to play down any not-so-pleasant aspects of their characters. The picture we get to see is undistorted and pure and, therefore, multi-faceted. This closeness to what we experience in real life with all its blood, sweat and tears brings about two things: it takes away all the fun and it purifies.

To be honest, I never thought a triple A video game can be purifying. The major idea coming into your head when you hear the 'triple A video game' is that of entertainment. You play Call of Duty or Battlefield because you want to kill your time. You just want to lean back in your chair and enjoy the explosions, sound of gunfire and, first and foremost, your unbelievable godly power. What the major titles like Bioshock Infinite, The Walking Dead or The Last of Us prove is that playing a game can be as hard as reading Dostoyevsky or, to draw a not so far-reaching comparison, The Road by Cormac McCarthy. It's not fun at all and it's almost sick at times, but you keep reading to the last page, because you know that when you turn it, there'll be one sleepless night full of thoughts and many nights full of bright and happy dreams to follow.

Previous story How to: Software for Windows Remote Administration Next story Dictionary Applications: From English to …

Just completed the last of us remastered. I completed the whole game in two sittings, I think I played it for 12 straight hours today, which is incredibly rare for me to do with a game, I couldn't put it down. Didn't read anything about it or knew anything about the game before buying (other than it had good reviews). The story progression and character development are amazing, the story in itself is enthralling. The stealth aspect and confrontations are tense and dramatic. The combat is brutal, the gunplay is solid, the enemies are intimidating. It has a fantastic mix of horror, action, stealth and exploration and does a good job mixing things up so you don't get too much of each in one section. Amazing stuff, every gamer should do themselves a favor and play this, this game will surely be remembered as an all time great and it will be a very long time until something comes along to match it. definitely one of the best (if not, the best) game I've ever played, and I've been an avid gamer for 22 years.

I didn't own a PS3 of the last gen, I had a 360 and got the remastered version for my PS4. This game is like nothing I've ever played, it had me on the edge of my seat. Never have I felt fear, sadness, suspense or such a rush from a video game before or even any movie for that matter. This is seriously the best story ever told in gaming.

Wow, my words exactly, didn't have a PS3, always wanted to play this game, I got the remastered version for my PS4 too, and gotta say is the best game I've play in at least one decade. Cheers man, we should be very happy because we got a PS4 and this flawless game.

Have to agree, this game had me in tears on a few occasions. It's terrifying horrid and unpleasant but somehow amazing. It's the best game ever made. Just like Schindrer's List is one of the best films, almost important. Roll on the PS4 version. Let's hope more game devs will follow the suite.

Totally agree with you. The Last of Us is by far my favorite game. I'd put Heavy Rain, The Walking Dead, and Bioshock Infinite just under it. I don't think The Last of Us is at the level of a Dostoevsky novel, or even at the level of The Road, but it's certainly bringing the whole video game medium in that direction. I fully expect, within our lifetimes, to see video games reach a level comparable to Dostoevsky and Tolstoy novels.

But I love The Last of Us. I'm playing through it for a third time now. I get so immersed in the game, more in it than in any other, that I force Joel to walk everywhere, just so I don't break the illusion that it's real.

I like the way you've shared the sense of the games. As for my favourite game, it is Mario

–  9 years ago  –  Was it helpful? yes | no (-1)
Useful Windows applications
Interesting Windows stories