Pac-Man is Still Alive and Kicking

If you like fun, and the color yellow, and don't mind a few ghosts, Pac-Man games may be something of a nice treat from a few decades ago. 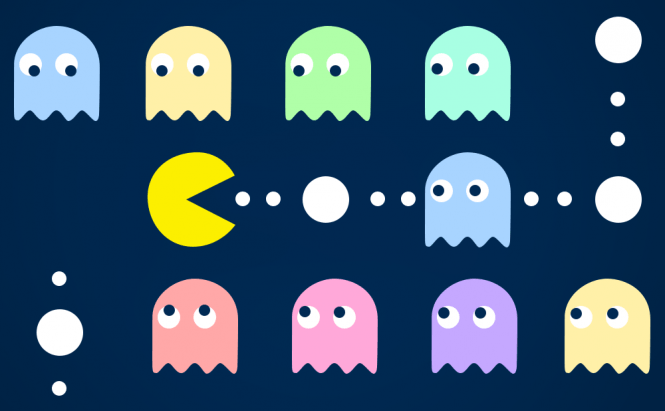 Pac-Man is Still Alive and Kicking

Back in 1980, in the mysterious land known as Japan, Toru Iwatani created a game that involved a yellow ball and four ghosts. This game was Pac-Man and it has since become a legend of the game world, with over 90% of today's gamers having played it or at least heard about it.

The Gist of the Game

As you probably know, the idea of the game is to control the yellow ball - the titular Pac-Man - navigating around a maze and eating dots. There are four enemies trying to catch you: Blinky, Pinky, Inky, and Clyde - red, blue, pink, and yellow ghosts. In order to survive and finish a level, you need good reflexes and a lot of concentration, always thinking one step ahead.

The maze provides you with four special dots (they are a bit larger in size), which make the ghosts harmless and slower for a short period of time. The further you get in the game, the shorter this safety period becomes, making it more difficult to escape the enemies.

This game is one of those rare cases, when a concept just doesn't get old. This game has lived through three decades and is still as enjoyable as ever. It has been released and re-released on numerous platforms and in many variations, but always keeping true to its original formula.

There are lots of variations of Pac-Man for the PC. Most of them only differ in graphics, though, so I will only list four of the bunch. This one is totally yellow, and the special dots are colored in red, which makes for an odd color combination. The ghosts have a nice transparency effect when you eat the special dot. The game itself is quite fun, controls well, and works okay. It is very close to the original and gives you a nice nostalgic ride.

The thing I liked about this one is that you can build your own level, which makes the game practically endless. If you like the 3D games you will enjoy this one. It differs greatly from the classic Pac-Man: first of all, Pac-Man has hands and feet, and he is being chased by various bugs. The game has three levels of difficulty from the start: you can choose among Baby Trip (very easy), Nice Journey (noticeably harder) and Big Adventure (the hardest).

I noticed that this one was a bit slow to react to button presses, which is unacceptable in arcade games. In all other aspects, though, it's pretty competent. This one is definitely for you if you like the color green. It is all green, and even the special dots are in the form of leaves. Despite the unusual surroundings, though, it's still the same game. It feels like an old friend in a new suit.

PacWorld is also a bit slow on reacting to buttons, but this might be the only drawback of the game. Pac-Man: Never Out of Fashion

This one gives you the closest experience to playing the 30-year-old game. It's main disadvantage is that you need an Internet connection to play it, as it works in your browser. The rest is taken straight from the 80s: dark-blue screen, classic-colored ghosts, white dots of two sizes, and the yellow Pac-Man. I would recommend it to those who want to feel that original emotion from the original game. It works fast, controls perfectly, doesn't freeze, and has no bugs. The game speaks for itself, there is nothing to add.

Summing up, there's probably a Pac-Man game for anyone (even for kids); so if you've never played Pac-Man in your entire life, you should start from the old-style one and work your way on to new variations of Pac-Man.

Who is your favorite character from the game?
View results