Can't get enough of slinging psychotic birds across a field to smash down evil green piggies? Then you'll love these 5 games like Angry Birds in style. 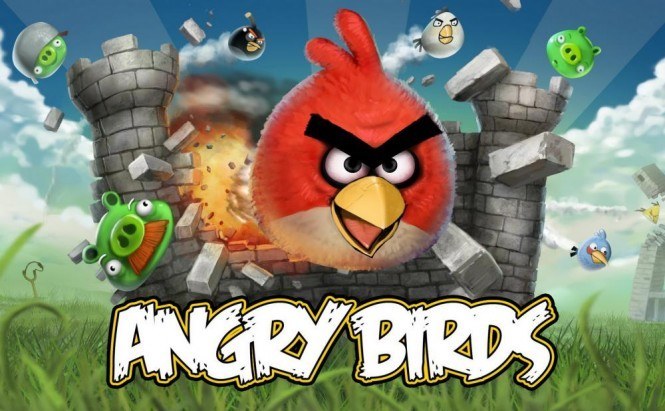 Can't get enough of slinging items or funny beings across a field to smash down your enemies? Then beyond doubt you're a thorough addict of a best-selling game franchise – Angry Birds. Despite the tenuous plot and plain style, no one can question its popularity with millions of downloads and dozens of angry-themed clones that may tide you over until Rovio releases the next part of its bird-catapulting series.

Although the concept of slingshot games isn't new at all, it's somewhat hard to find a good alternative to those psychotic birds bombarding evil green piggies with the awesome flair of chirping and feather explosions. Still, I've gathered a number of popular catapulting games that seem to be made almost to the same level as Angry Birds. All of them are enormously fun in their own right, so try them out and share your thoughts and feelings in the comments below. Here it goes. This game title definitely speaks for itself. Crush The Castle is one of the first few physics-based games where the objective is to swipe out your enemy castles with eight different medieval trebuchets. Thought its interface may not seem as polished as in other like games, it gives you a satisfying gameplay experience comprising almost 100 structures and a level editor. Having become a favorite of App Store denizens, Crush The Castle even produced a successor with a new look, additional challenges, but the singular job to smash through the series of castles and open up a new world map. Well, if you're done with all the Angry Birds episodes, you should give a go to this bird-slinging game. Since Cock's Revenge contains similar graphics and cartoony cock assailants, you may easily mix it up with the original bird arcade. Your goal here is to revenge the pesky cats that bothered the cocks for a long time by flinging their male chicken enemies at them. To get to the next level you must put out all the cats and if you fail in this, you may take as many shots as you wish. This is another well-made Angry Birds clone, this time with aliens. The idea is to help aliens defeat human invaders that have inhabited their planet. Angry Aliens features 21 levels where you're to launch the aliens with a familiar catapult and apply their special powers to hit the enemies in spacesuits. You will get to know various aliens types, some of them can explode, others drop bombs or speed up, far and by all those things that our crazy birdies could do.

One more game to keep you glued to the monitor until you get through all the levels. Pudding Strike represents a sugary Angry Birds copy that involves catchy sounds and music along with the evil puddings and cute pudding citizens. The latter ones are attempting to free their princess that has been stolen by jelly villains. So, you will have to take control of the cookie-like characters to eliminate all the evil puddings that are sheltered by multiform chocolate or biscuit structures.

Worms is one of those rare games that anyone can get addicted to in seconds. It is a turn-based action game that uses similar physics to Angry Birds, but where you won't stumble upon any bird launchers or something like this. Each of Worms edition concentrates on an exciting strategy competition making players control a small platoon of worms that aim to destroy enemy worms with a wide variety of weapons, including really bizarre ones like the Mad Cow or the Concrete Donkey.

What is the best Angry Birds alternative?
View results

They're all so good!

What?! There are Angry Birds clones?!

Throughout the article you'll find links to the related games. Following these links, you will be able to download any of the games