Mozilla rolled out the official 29 version of Firefox with its new Australis interface on Tuesday. 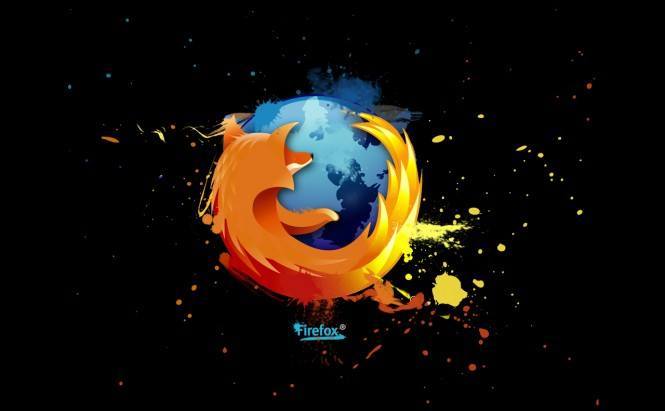 Mozilla rolled out the official 29 version of Firefox with its new Australis interface on Tuesday. It was available as a beta version for a while, but now it's been introduced to everyone through an automatic update (if you didn't get a notification or update, go to Help-->About Firefox).

The new customization options, available through a Customize Mode, give users a lot of things to play around with and make adjustments that would make browsing experience more personalized. The new UI seems to resemble that of Google Chrome, which was immediately noted by a lot of users â€“ the looks of the rounded tabs and the Settings button at the upper right corner are hardly any different.

Here is a couple of features you should definitely know about:

You don't have to look for the options you are most likely to use in some hard-to-find Preferences anymore, the Menu button is at your disposal at all times. And the options are organized in a grid of icons. One of the most exciting features, and, frankly, the one that makes you forget about the excessive similarity of Firefox 29 and Chrome UIs, is the customization option you are presented with, which are quite intuitive. By intuitive I mean that the only thing you need to know to be able to customize your browser is how to Drag&Drop.

You can start customizing by clicking the upper-right Menu button and in the drop-down menu at the bottom you'll see a Customize button. Don't be afraid to experiment, but if you are â€“ here's a little presentation Mozilla has made:

A couple of new updates affect the way we use tabs: for example, the page you are currently on will be opaque and clearly visible. The rest of the opened pages will have transparent backgrounds.

When you type in a duplicate URL (the one you already have opened), Firefox will make a jump to the tab with that web page. To be honest, I can think of a couple of situations where I personally would prefer that feature to be disabled, but after all â€“ necessary adjustments can be made with just a few clicks.

And finally, pinned tabs with pages you are always on (e.g. social networks like Facebook and Twitter) will be reduced to the size of a thumbnail, allowing for more opened tabs to be at your sight. In Firefox 29 it's easier to manage and find bookmarks, a bookmark manager can now be found right next to the star icon that's used to bookmark pages, which is quite comfortable. With a feature called Firefox Share you don't have to open up a new tab if you want to share or post something on Facebook, it's only one click away.

With new Firefox Sync you can transfer your settings, browsing history and bookmarks across all your devices (laptops, Android smartphones and tablets). It's not quite a new feature as it existed before, but it has certainly become more convenient.

On a side note â€“ one of Firefox's rivals, Internet Explorer, is reportedly fighting a remote code execution vulnerability they found in all versions of IE from 6 to 11, and it sounds quite serious. In layman's terms, when you are browsing with IE, there's a chance that a bad guy will execute any software or code, including malware. Microsoft claims that the vulnerability shouldn't affect those that use Internet Explorer 10 and 11 with Enhanced Protected Mode (enabled by default in those versions).

I faced 2 times crash in newer version but it didn't affect me because Firefox automatically restores the original taps and pages. Since this is a beta version it's not a big issue of crashing only 2 times in around 3 days. Hope they fix this crash in their stable release.
I like that they added a syn method - it's the first time I see this.
Can someone share your experience in Firefox syn feature if you are using this feature?

I switched from Netscape to Firefox many years ago (more then I would like to remember) and I have not looked back. I am not a big fan of Google Chrome and the look of Firefox v29.0.1 looks like Google Chrome but I can live with that until some of you fine skinners out there make a skin that I like

I haven't hard any crashes or hang times with the new version so, WAY TO GO Mozilla. Keep up the good work!

That is actually Chrome

You can activate it here:
https://activations.cdn.mozilla.net/en-US/
The third one is what you are looking for (Facebook integration),
Read how to activate more sharing options here:
https://support.mozilla.org/en-US/kb/add-social-features-your-browser

What the heck? Now FF looks exactly like Chrome. I really wish they brought back the old look from 3.6 and before.