I was amused to play Road Rash for 2 hours non-stop and here is my review! 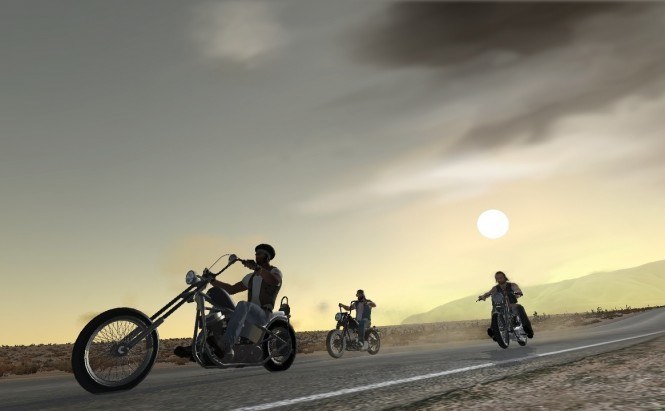 It's been many years since I first played Sega, and boy do I not miss it. I mean, nostalgia does come to me every once in a while, but I usually can't stand playing old games for more than thirty minutes. I'm not from that gang. Nevertheless, I was quite amused to play Road Rash for like 2 hours non-stop after having been shamed for never playing it. I only have vague memories of playing Sega at my friend's apartment, in the crowd of classmates mostly busy with staring at the TV screen with great awe. I was too.

But since then a lot has changed, in the video games department particularly. Hell, I just wrote two reviews on next-gen gaming consoles, so imagine my eyes when I launched Road Rash on PC for the first time. Those brick-sized pixels sculped together to produce an image that was supposed to represent objects from real life. What have I gotten myself into? That was the thought that was ringing in my head. But it wasn't that bad. At times it was more ridiculous than amusing, but not bad, and that's important.

For those of you who don't know what Road Rash is â€” it's a video game series originally created for the Sega MegaDrive console. The game has the player competing in a motorcycle race against a dozen of opponents. But it's not simple racing, the game is actually quite violent (for its time, of course) and involves beating other players with sticks, whips, baseball bats, or simply kicking them while racing.

Since I am spoiled by the modern technology, I spent about half an hour trying to guess the controls (did I really expect those to be intuitive?!) when I could've simply looked them up in the settings. Well, I thought I could, but those turned out to be pretty vague and simply said Â«KeyboardÂ». I finally ended up guessing the correct combinations, so here they are (don't repeat my mistakes!).

Arrows Left and Right will steer your vehicle to the left and to the right accordingly.

The Space button will accelerate.

All the violence is done with the Left Shift button: your character will pull out a weapon if you press it once, and if you press the Left Shift + the Down arrow you'll kick whatever or whomever is closer to you. In my experience, thin air was the closest thing 97% of the time.

That's pretty much all there is to know about the controls.

The race itself lasts about 2.5 to 3 minutes depending on your speed and accuracy. You'll have to dodge a surprising number of objects you can hit, or rather smash into. And each time it happens you get thrown out of the motorcycle and it either flies out from underneath you, or you fly over it. And guess what happens next? You have to run to its landing place and get back on the road. I say run, but when you see this guy run.. Ugh! It's almost like he was given a motorcycle just because his relatives were annoyed the hell out of his natural speed. I mean seriously, did he miss every PE class at school? I was frustrated to look at other racers passing me one after another while this guy did the pretend running.

The picture you see now is just pure frustration. Not only did I smash into an oncoming car (not my fault, it was hidden behind a hill until the last moment, I swear!), I then had to watch this guy running at least a solid minute. I started wondering what takes him so long, and remembered that the game has a rear view mirror at the bottom of the screen. What did I see there? A car running over the motorcycle and pushing it further back to the start and farther from the guy. This nightmare actually stopped at some point, and thank God! Because I was about to punch the monitor or write an angry comment on some dashboard.

There are a couple of tracks but those mostly seem like a change in the color scheme (oh yes, that rich 10 color palette of every old game) and objects on the road appropriate for the climate. The UK track also was with left-hand traffic, and some snowy map had skiers (!) in the middle of the road. With their skis on. Oh, and the violence in the game was not strictly aimed at humans: I hit some animals (although couldn't figure out what the hell I just hit - again, think beautiful graphics). Virtual animals, mind you, not real, cause I would never do that. Never. Greenpeace activists, please don't write me hate mail.

Anyways, every race I ever finished in the game was always followed by some smug conceited comment from one of my opponets, which really hurt. And yea, that means I never came to the finish line first, otherwise you would've seen that screenshot, wouldn't you?

There was one time where I got pulled over by a cop and was given a ticket for $200. Coincedentally, I arrived 6th in the next race, and got $200 in prize money!

Old games are good. I titled the paragraph Â«final wordsÂ» and not Â«conclusionÂ» because after my rant about the stupidity and the terrible graphics and the frustration with the game, it wouldn't seem reasonable to conclude that old games are good. But they actually are. Â«ThemÂ» games and old TV series and movies are the only things that help me connect to my childhood and at times induce the forgotten pure excitment that seems like it's known only to kids.

Referenced Windows applications
Have you ever played Road Rash?

Yep, and it's awesome.

Yes. But only the first game. Never played the other ones.

I love Road Rash It is a blast to play. I too have only played the first edition but it was great. We played against each other me and one of my sons and would kick and punch each others character all through the race. Stumbling on this today ma be the best part of my day as I haven't seen the game in a long time and have now been reunited.

Yes, I have. I'm not really sure if I really like it, though.

Yes. But only the first game. Never played the other ones.