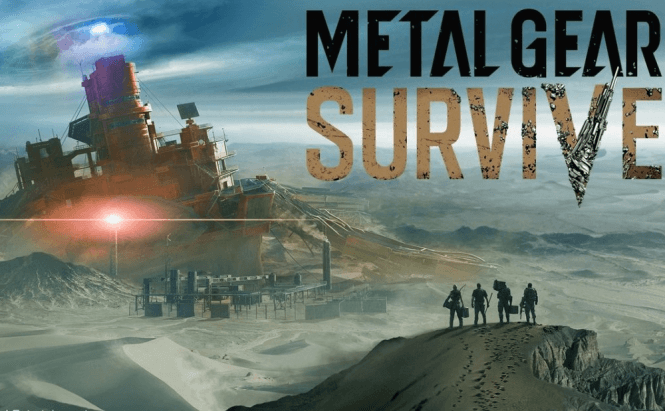 Konami has decided to go forward with the Metal Gear series even though the man who practically created the franchise, Hideo Kojima, has left the company. Metal Gear Survive will be a four players co-op stealth game where the players will need to try and stay alive surrounded by a horde of buffed up zombies, impervious to bullets. The game will be officially released in 2017 and will be available on PC through Steam, PlayStation 4 as well as on Xbox One.

Survive's story will be tied to the ending from Metal Gear Solid V‘s prologue chapter, Ground Zeroes and take place before Snake (the main character) awakes from his unconsciousness nine years later in Metal Gear Solid V: The Phantom Pain. As we can see in the trailer, after the attack on the Militaires Sans Frontières, a giant inter-dimensional rift opens up in the sky above and starts abducting the survivors from the camp. Now, the mercenaries must work together and find a way to return home. Unfortunately for Konami, even though I'm a fan of the Metal Gear series, I don't think that the upcoming game will be as good as the previous ones as Kojima was an invaluable asset to their team. History has a way of repeating itself and those of you who played Gothic, surely remember how great the first two games were, but when Piranha Bytes left JoWooD, Gothic 3 turned out to be a complete letdown. On the plus side, the Piranha team went on to create another epic series called Risen and now Kojima is working with Sony on his own game Death Stranding, which, from what I've seen, will probably also be a great success.

If you're into games, you may also want to read: "Best FPS games that you can play on PC this year" or "Everything that happened at this year's E3 Gaming event".

Previous story Microsoft now has a Rewards program for Edge and Bing users Next story Take full control of Firefox from the "about:" pages