It's okay to be a megalomaniac, my dear

It must be really exciting to be a god. I even wouldn't mind trying it once. Not for long, of course, since I think it would be too stressful for... 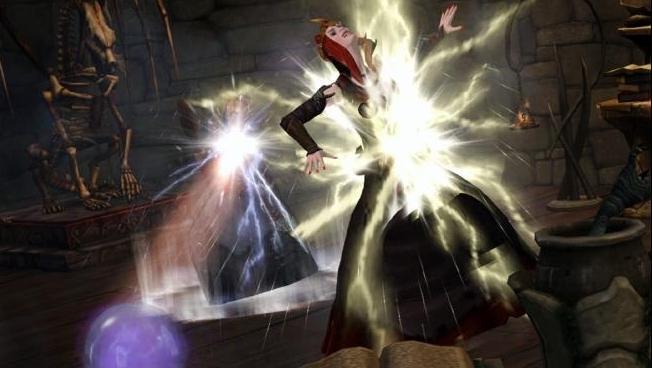 It's okay to be a megalomaniac, my dear

It must be really exciting to be a god. I even wouldn't mind trying it once. Not for long, of course, since I think it would be too stressful for such a loafer like me, but apparently it is worth trying. Just a little exercise to improve my self-esteem, you know. Has the thought ever crossed your mind? I'm sure you turned something similar over in your head at least once in your lifetime.

And now, let's remember the cold winter of 2000. The date itself provoked anticipation of some kind of wizardry, miracles and whatever: you see, a new era, the third millennium, another predicted apocalypse and so on, and so forth. The year was, however, marked with another momentous event: Maxis, a computer games developer, released The Sims, a game which later became one of the most popular strategic life simulators ever. All the happy PC owners suddenly got the chance to become gods, rule their private kingdoms, shape the lives of their minions, and have nobody to contest any of their decisions. Granted, it all happened only in their own virtual universe, but it is still better than nothing, isn't it?

The game instantly absorbed everyone from preschoolers to big shots. People got engaged in creating and looking after their virtual puppets; they earned in-game money, built imaginary houses and bought virtual cars, made the characters communicate with each other in the thereto unknown Simlish language; all in all, enjoyed their new roles in every possible way. Since the game's release, its publisher, Electronic Arts, has sold more than 6 million copies of the original title and its updates all over the world. To capitalize on the game's success Electronic Arts decided to continue the development of the franchise.

The creators thought a little and decided: the ordinary life in the original version of the game is of no interest to many any more, despite all the new features that were included in addition to the existing ones, such as pets, new professions, trips to other parts of the the city and so on. Many got bored with the idea of ruling the modern world and they wanted something new. â€œSo what about governing a pseudo-historical medieval world?â€ thought the developers. The idea was transformed into a new game, The Sims Medieval, based on the principle of the regular Sims: feel like a god, enjoy the power and do whatever you want with your puppets, only during... drum roll... the Medieval period. Electronic Arts released The Sims Medieval in March 2011 with the intention to turn it into a new bestseller of all times. The time will show if they succeed in this regard, but I must admit that this game is very elaborate and addicting and is definitely worth trying.

'Once upon a time in the Sims Medieval...' or what's so special about this pile of pixels?

The atmosphere. Having played the game for a little while, the player really begins to believe he has been teleported into the ancient times and is charged with the task of helping his servants survive in that cruel, merciless world. Every detail in the game, from the music to the gameplay, is so well thought-out that it leaves no room for doubting how you should spend your free time: you just want to keep playing and playing and playing. Non-stop.

In the game, you have an option of choosing an existing kingdom or creating your own from scratch, making the world function in the way you want it to. Various quests and tasks will keep you always entertained. You will be able to improve your characters' skills, make the characters learn one of 9 unconventional professions, such as a wizard or a physician. Unlike in the previous versions of the game, the player can control not only the chosen Sim family, but any inhabitant of his imaginarium, from a vagabond to a king or queen. It is possible to declare wars on neighbouring kingdoms, organize duels, play squash, go fishing and get drunk. So, everything just like in the real medieval life.

In order to make the atmosphere even more realistic, the developers took one step further. This August, they are going to present a pack called Pirates&Nobles, an add-on that will give you access to even more adventures. As announced, the story begins when a pirate ship docks in the user's kingdom, bringing mysteries and new adventures to the thereto calm and peaceful life of the city dwellers. The extension will give the users the opportunity to enjoy new quests, hunt hidden treasures and even to have their own pirate parrot. This is not to mention a life-like interrogation chair!

So, if you don't mind wasting another couple of hours of your valuable time, I would highly recommend that you try out the new Sims story. Even if for some reason you fail to become addicted to the game, I am pretty sure that it will give you significant aesthetic pleasure, all thanks to the wonderful computer graphics and well thought-out plot.