Sullen figures of soldiers in gas masks, crooked backs of grimy people, violent brainwashing by the Ministry of Love, and surveillance cameras built... 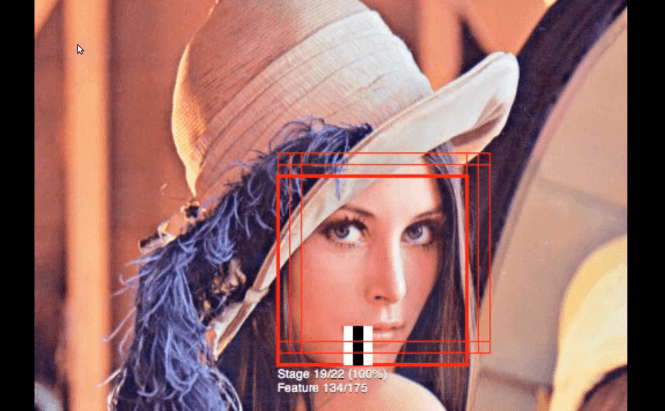 Sullen figures of soldiers in gas masks, crooked backs of grimy people, violent brainwashing by the Ministry of Love, and surveillance cameras built into TV-sets which are impossible to switch off... All these pictures crossed my mind kaleidoscopically as I heard about Google acquiring a face recognition specialist, Pitt Patt. â€œHere we go,â€ I thought. â€œFirst Facebook starts using this face recognition software, without even taking the trouble to notify its users that it is switched on by default. Then Apple picks up the baton and introduces this feature into its iPhoto... Now it's Google's turn.â€

But for those uninformed: what's all the fuss about? Can the face recognition technologies really lead us directly to the grim â€œOrwellianâ€ future of 1984 or rather 2084? Let's see what this thing really is before arranging Two Minutes' Hate in front of Mark Zuckerberg's photo.

The face recognition technology, as follows from its name, is all about recognizing faces. There are specialized software programs that can, in a relatively short time, single out the peculiarities of your face. From that moment on these programs recognize you every time they come across the memorized features on the Web. You should get tagged by one of your friends only once. Then you're tagged by the software automatically every time your buddies upload photos of you onto Facebook.

Similar technologies in Google's Picasa and Apple's iPhoto are based on roughly the same principle. The software gets to know you and then greets you with its open arms every time it thinks you are somewhere around.

Sounds not that bad, doesn't it?

Imagine you're uploading your kids' or siblings' prom photos to your Facebook account. Would it be fun to tag your dearest and nearest manually on each of the fifty or sixty pictures, wasting your time and nerves? I don't think so. The face recognition software can spare you this crushingly boring chore.

However, you don't have to be an Einstein to come to the thought that this technology may have its dark side. Generally speaking, we can trust Facebook and Apple just as we trust our mums, but what if the face recognition software comes within grasp of not-so-good-willing hackers or con artists?

According to a recent research carried out at the Carnegie Mellon University, it is quite feasible to figure out your Social Security Number and other highly sensitive personal information just from your face, using only one Facebook photo, some face recognition software and cloud computing. The researches have even developed a demo smart-phone app that infers this information in real time and overlays a person's image with it on the mobile device screen. So it goes. Welcome to the Augmented Reality!

That's why the Carnegie Mellon researchers ask in the draft version of their paper: â€œWhat will privacy mean in a world where a stranger on the street could guess your name, interests, SSNs, or credit scores?â€ An interesting question. It may happen that in fifteen years besides seeing specials from the local bars and restaurants you'll also be able to see the most well-hidden traits of the people you go past on the streets. That would undoubtedly change the very concept of privacy. And I'll tell you what: the Miniluv would definitely use face recognition software in their mass surveillance system. Think how it would facilitate identifying the law-unabiding teenagers rioting these days in the UK. It's not sci-fi or a plot detail from a cop show: the use of face recognition software on social networks has already helped find scofflaws in a number of cases. So, a volunteer Internet community has been able to identify some of the ice-hockey fans who vandalized Vancouver's downtown in June, the Israeli government has compiled a list of radical political activists to keep away from their borders, the Hamburg police is widely using Facebook to identify traffic offenders, etc.

However it's nothing but a long-term prospect of a mass surveillance system pervading all areas of our life will be introduced. Moreover, this scenario is only a possible one. Some people think that the face recognition is not going to bring forth the world of ubiquitous fear and all-mighty security agencies, but rather make our planet a more secure place to live on. At least, inexperienced young girls would know that a handsome man approaching them in a bar is married, and the handsome man knows he is approaching girls who are over 18 years old. Friend or foe, the face recognition technology is here to stay. So why not to try some software that makes use of it and is not likely to abuse your privacy? I have started from KeyLemon, a nice shareware program that allows you to use your face as the log-on password. I find it awesome because I'm always forgetting things and spend hours trying to find another piece of paper where I wrote down my password.

Previous story Make someone feel special Next story It's okay to be a megalomaniac, my dear

The face recognition technology, as any technology is awesome. The dark side is true, loosing privacy, that is sad. The more lazy people become, the more evil tech. Might become.
Get moving, excessive rest. Get out of your seats.
Eye recognition tech. is totally private, and not invasive and yes expensive.
Well, the only time will say. What will happen to our society in 10 years if we are still around? Maybe, Gattaca is in the near future.

One look at what Israel is doing with this tells all that anyone needs to hear - keeping out "political radicals" aka anyone who doesn't agree with their politics. In the US, we used to have a First Amendment to protect us from this, but the whole document attached to said Amendment is as good as paper-airplane materials now.