Bethesda launches the first DLC for Doom: "Unto the Evil" 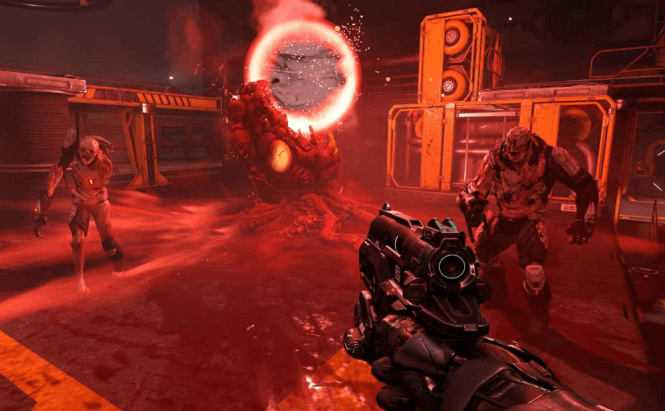 Bethesda launches the first DLC for Doom: "Unto the Evil"

I've got some good news for Doom fans everywhere: Bethesda has just launched the game's first DLC called "Unto the Evil". The expansion is available on PlayStation 4, Xbox One and PC and costs $14.99 (£11.99 / €14.99 / AUS $23.95). If you have purchased a Season Pass, you don't need to pay anything. What's really cool is that if you're in a party with someone who has the DLC you can benefit from the new content, even if you haven't purchased it yourself.

So, if you're curios about what's new, I would say that there's a reasonable amount of content: there are three new maps for multiplayer (Cataclysm, Offering and Ritual), a new weapon called the UAC EMG Pistol, new equipment in the form of a Kinetic Mine and quite a few fresh ways to customize your characters such as new taunts, armors, patterns, etc. As far as I'm concerned, the coolest thing brought by Unto the Evil is a new demon called Harvester that the players can control during multiplayer matches. Lastly, the expansion also offers some hack modules.

If you're interested in reading more gaming-related content, I recommend: "Everything that happened at this year's E3 Gaming event", "Evolve is now free-to-play for PC gamers", "Cheaper is better: money-saving tips for gamers" or "Are video games going to change entertainment?".