Bethesda has just released a launch trailer for Doom 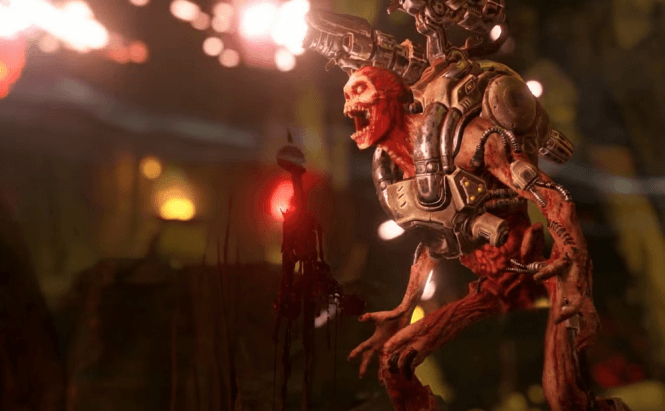 Bethesda has just released a launch trailer for Doom

As you probably already know, Bethesda is getting ready to launch a new Doom game, which will hit the markets on May 13th. In case you can't wait to see how this new reboot will be like, the company has decided to release a short launch trailer to give us a taste of the action and also provide a few details about the single-player campaign that's ahead of us. Additionally, the minimum requirements to play the game have also been made public.

As far as the trailer goes, I think that the in-game action looks pretty great, as it somehow managed to keep the original Doom-like feeling, despite its awesome graphics. Based on the few hints that we get, I'm guessing that in the single-player campaign we will control the same space marine that we did in the previous games, and that's another aspect that I actually liked. Lastly, Id Software (the company that developed the game) didn't disappoint and kept the gory-style of shooting intact. But enough talk, here's the trailer so that you can see for yourself.

If gaming is your passion, you should also check out our "Top 10 Survival Games" and the "Top 10 Zombie Games for Windows".
Referenced applications