Who Maketh the Cloud His Chariot. Part II

The technical progress reminds me of a frail plant, standing in the open field under a heavy rain. The rain lashes it, bends it to the ground, but... 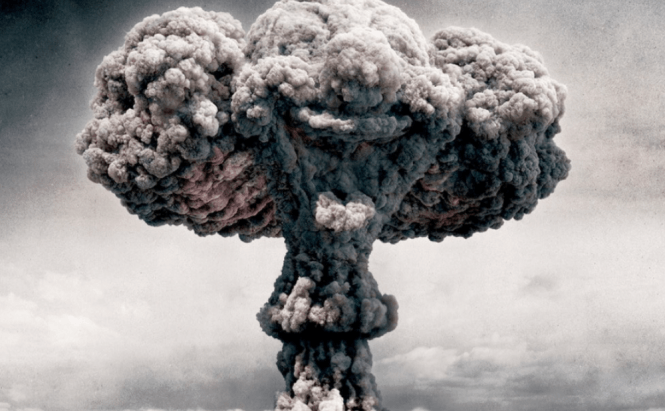 Who Maketh the Cloud His Chariot. Part II

The technical progress reminds me of a frail plant, standing in the open field under a heavy rain. The rain lashes it, bends it to the ground, but the tiny stemlet goes on growing strong despite all odds. What gives birth to this plant, its seed, is laziness. What sustains his life, its fertilizer, is money. It is money that define which technologies are here to stay and which ones will never move beyond the walls of research laboratories. The key factor in this collective decision-making process is whether the idea behind this or that technology is lucrative. Sometimes even the most genial ideas can hardly pass this profit check, because only a keen flair on profits can discern in them the billions of the future revenue.

That's how Steve Jobs became who he was, being not that much of a computer nerd. That is why Steve Ballmer has become Microsoft's embodiment after Gates departed from affairs. And that is why cloud computing became so popular recently: it was the visionary CEOs who saw the future in it.

However, it took the IT-sharks four years after the launch of Amazon Web Service to get to the thought that the cloud can shepherd vast herds of greenbacks right into their hands. The first who savvied it was again Amazon. After counting the revenue from Web Service, Jeff Bezos broke into a joyous gallop and quickly scheduled another cloud service. This time it was S3: â€œSimple Storage Serviceâ€, a cloud service for storing or transferring files.

S3 was relatively promptly followed up by EC2 (Elastic Computer Cloud, another cloud product by Amazon), which soon became the heart of Amazon's cloud platform. Of course, such a rapid upswing of the web-based storage services could not but lead to emergence of freeware and freemium analogous products. The trailblazer in this field was Dropbox, a cloud-based data-storage service (by the way, there are rumors circulating in our editorial staff, that one of our upcoming articles will be wholly devoted to it). Its footsteps were followed by such industry giants as Microsoft with its Windows Azure and Google with Google App Engine.

Nevertheless, it would be rash to think the two IT-behemoths acted as copycats in their wish to profiteer from Dropbox's idea. The services introduced by them, presented a qualitative leap in the cloud-based networking. Before them, the cloud-based services were practically little more than bottomless troves for your data. Both Windows Azure and Google App Engine are on the opposite focused not only on hosting; they are full-stack app platforms, packed with all the things needed for developing your own applications.

This move marked the arrival of a completely new stage in the history of cloud-computing: now the cloud platform communities could evolve on their own. It was exactly what the cloud enthusiasts craved for. No wonder their number grew enormously in the subsequent months, as the developers were programming more and more new apps.

You may have noticed that something was still missing among the cloud-based platforms. Right, Microsoft and Google were already there, Amazon had firmly established itself as the branch leader, but there were absolutely no or almost no open-source cloud-based projects. A holy place is never empty, so in 2008 Eucalyptus, the first platform of this type, was released. In the same year the world saw a successful launch of OpenNebula, the first open-source software for deploying and federating private clouds. Still, the apogee of the cloud open-sourcery came as OpenStack, the project that attracted more than 120 IT-companies, with Cisco, Dell, Intel, HP, Citrix Systems, and many others among them.

This year yet another global player has finally entered the competition, as Steve Jobs announced iCloud in his last keynote address. Unlike all the above-mentioned services, Apple's try on the cloud market is made as graphic as possible, so that even the dimmest user on Earth could easily use it. MG Siegler from TechCrunch, one of the biggest Cupertino apologists of all time, swears it's way better than its rivals in that you shouldn't possess any knowledge of iCloud's inner machinery whatsoever, â€œit just worksâ€. 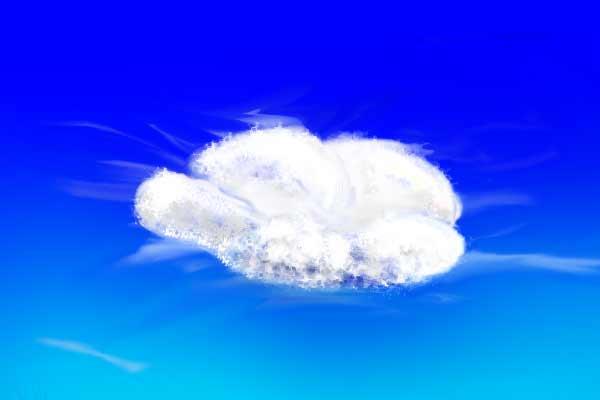 The Cloud: The Future Abode of the Web

Now, in conclusion, let's try to make a brief overview of what is going on on the cloud service market today. Here are the most significant players, in my humble opinion:

2) Verizon. A relative newcomer on the market, which has launched its cloud as recently as 2010. The company's currently occupying the number two position in the list of the top cloud service provider. Most of the experts claim it owes its success to the acquisition of Terramark, one of the largest primary hosters in the world.

3) Microsoft. The Redmond juggernaut has put much money at stake, expanding the range of its cloud-based products. Many of the Windows Live elements were moved into the cloud in Windows 7 already. In Windows 8 this product suite became a crucial system element: its importance has been increased in such an extent, that refusing to install it along the OS will deprive you of approximately half of the Windows 8 features.

4) Google. The omnivorous web-engine corporation is miles ahead of its major rivals in the diversity of its cloud-based products. What did you want from a primarily web-oriented corporation? The current company's flagship cloud product is undoubtedly Google Chrome OS, which is designed to work exclusively with web-applications. The Chrome Books, a series of mobile devices by Acer and Samsung, runs only on Google Chrome OS; so, if you are one of their happy owners, you are virtually forced to use Google's cloud.

5) The Open-Source Cloud Providers. These are the above-mentioned Eucalyptus, OpenNebula, OpenStack, and the like. Like almost any open-source thing, they are quite difficult to handle, but have one indisputable advantage: they're free. Ye-e-e-ay!

6) Apple. Cook's team has applied its favorite method: â€œLet's create a product, make it extremely user-friendly, and then try to make our customers pay through the nose.â€ On the other hand, it's really usable. There is almost nothing else to say about iCloud yet, as it's been around for little more than a month.

Now, armed with this knowledge, you can consider, whether you want to use the cloud services at all and which provider suits you best. If you are a bit less pragmatic and don't want to keep up with the time (yes, cloud computing is the future), you can confine yourself to the urban legend about the cloud and boast to your friend with your excellent knowledge of the IT-history. In any case, getting to know the cloud better would not be a bad idea.

Previous story Who Maketh the Cloud His Chariot. Part I Next story Apps You Need For Planning Your Wedding