Too Much Lubricant. Part II

A long time ago in a Galaxy far, far away... ...One young programmer with visionary ideas hacked the Harvard internal network and got the access to... 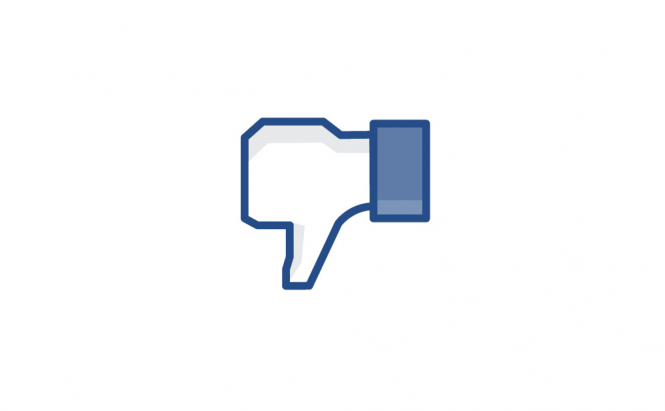 Too Much Lubricant. Part II

A long time ago in a Galaxy far, far away...

...One young programmer with visionary ideas hacked the Harvard internal network and got the access to the online facebooks of nine dormitories. Then he wrote a site he called 'Facemash' and uploaded there all the pinched pics. The idea was to have the site's users to compare two side-by-side photos of girls by choosing the 'hotter' one.
After facing charges in data breach and barely avoiding expulsion from Harvard due to his 'heroic' deeds, the young programmer wrote a new site, based on his Facemash experience. This time he called it 'The Facebook'. And everything started to happen...

I placed here this brief introduction into the very early days of Facebook (as if you haven't watched 'The Social Network' by Fincher) to convey to you the scale of the changes the site is facing today. It is a dramatic revamp of all we know about the largest social network on Earth. The site is going to be effectively re-invented as the new sharing principles will come into force. And, like I wrote before, I don't like it.

The new sharing features were announced by Zuckerberg at f8 2011 directly after introducing the new Timeline profile. The wrong order, I believe. Hardly had I had time to rejoice over the upcoming cool interface, as Mark poured a bucket of cold water over me when he proceeded to introduce the new sharing principles.

I began to suspect that something was wrong when Facebook's CEO started speaking about the social graph. In plain terms, it is a mapping of people belonging to some group and their connections between each other. Signing up on Facebook and making friends with other users, you intertwine yourself with the site's social graph structure, become its 'node', as the mathematicians say. Open Graph: Embracing All the Connections in the World

Last year Facebook took the next step and introduced its famous 'Like' button. From that moment on, its social graph became open-ended and able to embrace virtually all the connections in the world (the site's team call it Open Graph). Today any content on a page with the 'Like' button can be included into the Facebook graph just with one click. In practice, such extension of the social networking capabilities is a win-win matter for both, the users and the site owners. The former benefit from their ability to share the things they really liked on the Web with their friends; and the latter can now tune up their ads to specific users in a more efficient way, as Facebook has learned to gather information about what pages the users visit and what things they like.

Howbeit, the 'Like' button hasn't made Zuckerberg's site a more attractive advertising platform than Google's one. Furthermore, many IT-experts claim that Facebook with its 800 million users has nowhere to grow: Almost everybody who could sign up there has already done so. If you were in Mark's shoes, what would you do in this uneasy situation?

A conclusion suggests itself: if we cannot get the new users, the interaction with the existing one should be deepened. Ta-da! Ladies and gentlemen, I beg to love and favor the Frictionless Sharing!

Mark himself presented the new feature in a slightly less elegant manner than I just did. His speech-writers produced an unintended chef-d'oeuvre of the stand-up comedy, as they try to summarize the gist of the new concept in a couple of sentences. 'You don't have to like a book – you can just read it, which is... good. […] You don't have to like a movie, you can just watch a movie, which is also pretty good!.. You can just eat a meal, you can hike a trail, you can listen to a song...'

Thanks, Mark. You've enriched my vocabulary immensely. Now I know, what people usually do with books, movies, meals, trails, and songs. You definitely have a grammar streak. Still, joking aside, the new features will lead to a qualitative leap from nouns to verbs in Facebook's sharing concept. With the help of 'a completely new class of lifestyle apps', as Zuckerberg has put it, you'll be able to share information about everything you want with your friends. Any time you'll enter a site with the new Open Graph support, it will give you a prompt to share contents from it on Facebook. If you confirm this prompt, sharing will happen automatically. For example, each time you will read an article on your favorite newspaper's web-site, information about it will be posted on Facebook. Such one-time confirmation does away with the pestered prompts to share this or that piece of content, helps us to get rid of the 'frictions' in the sharing mechanism. To my mind, Facebook has been overzealous in its good intentions and spread too much lubricant on its rubbing cogwheels.

Here goes another hilarious line from Mark's speech writers: 'People have stuff they wanna share, but they don't wanna put boring stuff in their news feeds. That's where we come up with our Ticker.' That's quite reasonable, because nobody wants to see their news feed getting trashed with posts like 'So-and-so listened to a song' or 'So-and-so ate a muffin'. The only problem is that the alternative Facebook offers to us is no better. This relatively new Ticker thing shows you absolutely everything all of your friends are engaged in. Absolutely freaking everything. Dreadful, isn't it?

Ticker has been around for a couple of weeks, and all this time it has been doing nothing but annoy me. Even if I saw in the corner of my eye something that captured my attention, it was dragged away by the inexorable stream of new notifications. I never learned a single piece of useful information from it, it just kept being updated, every two seconds...

Other than that, I have earnest doubts that the very idea of the lifestyle apps makes much sense. What they want us to do is to adopt the motto 'I have bought a first-aid kit: gonna tweet about it.' 'They're apps helping you to keep track and express all kinds of different things about your life', says Zuckerberg. Now wait a sec. Facebook wants to convince us, that posts like 'Keath Wyszynski ate a cheeseburger' expresses something about his life. Are you sure they do? Are you sure my friends would be totally eager to know I have just eaten a cheeseburger? Would it help them know me better?

I think, Facebook's point is rather to get as much information about the users' tastes and preferences as possible. That's how Facebook will be able to custom-adjust its ads for every specific user, thus becoming the advertising Wonderland and pulling in gazillions of dollars.

Let's have a look at the resulting balance of profits each of the sides will get. The advertisers have their ads delivered directly to the customer, Facebook bathes in money, and the users have their Timeline profiles spammed with news about who ate, listened, watched, or hiked what. Maybe, there is something in Zuckerberg's words it's unbelievably cool to incidentally find out on Facebook that you and your buddy have the same musical tastes. However, I'd rather stick to the point of view Robert Scoble expressed in Michael Arrington's Facebook profile:

The only difference is that I wouldn't put that smiley at the end.

Previous story Too Much Lubricant. Part I Next story The Tale of a Failed Weekend