Too Much Lubricant. Part I

Call me a die-hard, call me a fuddy-duddy, call me an enemy of progress or else, but I believe that most of the recently announced new Facebook... 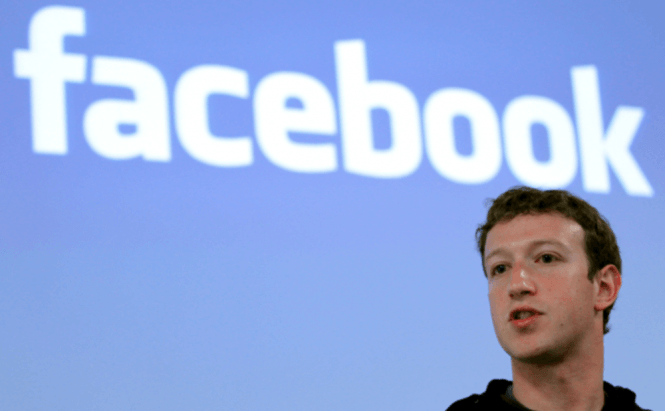 Too Much Lubricant. Part I

Call me a die-hard, call me a fuddy-duddy, call me an enemy of progress or else, but I believe that most of the recently announced new Facebook features are a whole lot of malarkey. They will not make our social web experience depthier, more variegated, giving new insights into the hearts and minds of our friends, colleagues, and other social acquaintances. Instead, they will turn Facebook into a Gargantuan collection of trifle minutiae, an unprecedented vanity fair (yeah, even a larger one than it is already), and the self-crowned Lord of the Web.

If you have read the previous paragraph and are still wondering what all this stormy criticism is about, then you haven't heard about the upcoming changes in Facebook that Mark Zuckerberg personally announced to the jubilant crowd of his enthusiastic adherents at f8 developer conference last week. This annual event always seemed to serve the only purpose: introducing new things to the world's largest social network with the greatest fanfare possible. The year 2011 was no exception. On September 22 the young web tycoon presented some groundbreaking Facebook features to an audience of 100,000 people who were watching the livestream of his address.

In order to smooth the impression from my unflattering critique on Facebook, I should admit that it would be wrong to immediately stigmatize all the new features presented at f8. Actually, some of the announced new things are pretty cool. That's why I decided to separate the wheat from the chaff and devote the nice stuff Zuckerberg debuted last Thursday. The bad things can wait till later. The best change to the Facebook concept that Zuckerberg talked about is the Facebook's new UI: the so-called 'Timeline'. Officially, it is not available yet, but if you take your time and develop a new app in the developer's section of Facebook, you'll get an invitation to use it. Actually, 'develop' is too big of a word, as you can just tick some checkboxes here and there, give your 'app' a unique name and namespace, and change some default settings: it would be more than enough for Facebook. In a couple of minutes you'll get an invitation to use Timeline and will be able to check it out for yourself. The only hiccup with changing to Timeline is that your friends will not be able to see your new profile unless they have 'developed' their 'apps', too. Zuckerberg Presenting Timeline: Write Down the Story of Your Life

So what can I say about the new interface? Timeline has its pros and cons. Its design is definitely neater than that of the current Facebook profile. Despite a little jar you get when you scroll through the revamped Facebook interface for the first time, very soon you realize Timeline is designed in a very intuitive way, so learning to use it doesn't present much of a problem. This time the Palo Alto guys have put more stress onto photos and videos: the space they occupy on an average profile page has been increased dramatically. What is even better, by clicking on 'Feature on Timeline' button you can highlight a picture or video that you believe to be particularly interesting or important. The button 'Edit or Remove' can help you to hide the posts you don't want to be featured on Timeline or completely erase them. That's a nice tool to get rid of the photos of, say, your ex or your boss who has just given you a warning.

Another useful feature is the time-line bar on the right side of your profile. Each of the dates on this bar is tied to the events that were posted by you around this time. If you want, you can extend this timeline all the way down to your baby years, effectively compiling a real mini-autobiography in pictures, videos, music, and posts. As for me, I didn't bother to scan gobs of my kid photos that my Mum used to put into scads of dust-gathering albums on our attic. However, browsing through the posts I had left in the past years was quite fun. From time to time I burst into laughter when I came across some hilarious joke my friends had left on my page. Sometimes I felt sad when I realized that I had lost touch with people I used to hang out with a lot. A number of times I felt chagrined reading some of my comments, and wondered how I could be THAT stupid, but still it was a part of the pleasure. I found the sad posts I had left around the time I had split up with my ex, the romantic posts I had left as I had got to know my present girlfriend, the nostalgic posts I had left as I had come back from my 5th year high school reunion party... Despite all the fun I had using the new Timeline features, it is rather questionable whether we need some of them. For example, from now on Facebook will offer us some new statuses to capture any significant (and not so significant) events within Timeline: now you can easily tell the world you have 'Lost a Loved One' or 'Broken a Bone' just clicking one button in your profile.

Don't you get the impression it's all just superfluous? As far as I can remember, I was able to share all the news with my friends without Timeline, and it worked just fine. Assigning specific statuses to such important events as marriage or birth of a child seems to me like relegating them to an inferior position in our lives, stripping them of the personal element and making them look somewhat anonymously.

Such a detailed and slightly impersonalizing approach to chronicling our lives is really a bit of 'creepy', as Ben Werdmuller puts it in his blog. As he rightly points out, Timeline is unique in that it provides people with the first contextual identity, i. e. it presents your life in a certain context, gives a full picture of it. The strangers that will come across your Facebook page will get a lot more information about you than they would do from your real name, your ID card, even your DNA. Some people may say it's OK as they have nothing to conceal, but doesn't it abolish the very concept of privacy, one of the most carefully guarded values of the Western society? Yes, I know, there are Privacy Settings on Facebook, so you can always define which contents of your page are available publicly. Nevertheless, there are also numerous research data showing that the overwhelming majority of the Facebook users don't take the trouble to become familiar with these settings and leave their profiles completely open. Some German privacy policy experts have already expressed their concern with the fact that after the full-scale introduction of Timeline these open profiles will form a vast array of the so-called 'glass citizens', whose lives are absolutely transparent for the strangers. Such glass citizens will be especially prone to various criminal threats ranging from privacy abuse and to all kinds of frauds involving personal data breach. Moreover, combined with the modern face recognition software, Timeline will become the key to the highly confidential personal information, like your SSN. So don't be amazed if one day you find out somebody has withdrawn all the money from your bank account or arranged a mortgage in your name. Okay, enough of spooky words for today... These highly competent opinions are not going to undermine the success of Timeline among the general Facebook public; all the more so because each time Facebook introduced privacy-affecting features previously, the users just shrugged their shoulders as if nothing has happened. I bet that the same will happen to Timeline: after a wave of outrage against the new interface (à la 'I want my wall ba-a-a-a-ack!') the Facebook users will enter the taste of the new UI and in six months everybody will hardly remember how the current interface used to look like. Honestly, I think Timeline is worth the risk of disclosing your personal information. So far, no con-artists have used my personal data in their underhand affairs, and I have never heard about any secret 'Facebook' dossier on me, lying in the mysterious archives of sinister secret services. What I know for sure is that the bitter sweet feeling of nostalgia that Timeline has given me is priceless. Re-evaluating the past experience is one of the most precious things in the world, and if Timeline gives me an opportunity to do this, then I say a definite yea to the new Facebook interface.

Mom, what is lubricant?

Put that tube back on the shelf, Son!