The Tale of a Failed Weekend

Last weekend was one big story of a failure for me. It was the worst weekend in my life, actually. The only thing that somehow salvaged my Sunday... 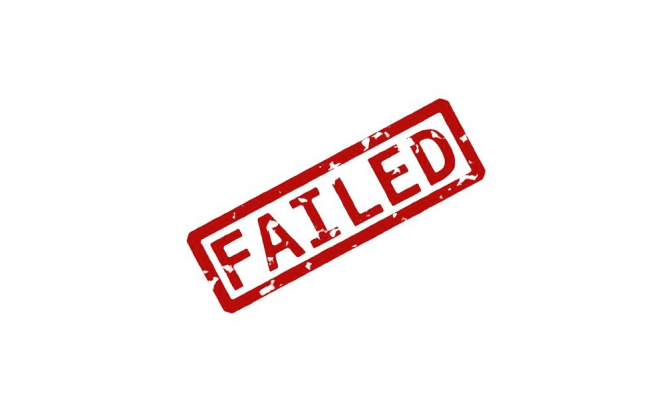 The Tale of a Failed Weekend

Last weekend was one big story of a failure for me. It was the worst weekend in my life, actually. The only thing that somehow salvaged my Sunday evening and helped me not get into an even worse quagmire of problems was some operating system maintenance tools.

But all in good time, let me tell all about it. 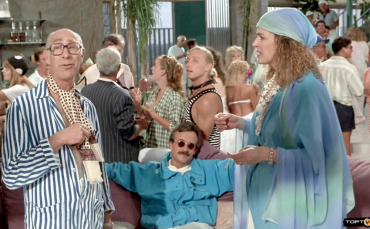 Weekend at Bernieâ€™s - The Party

First came the Friday evening when I finally got home after a long and difficult week at work, and found out that my Mum had nothing better to do than to venture a little rearrangement of furniture. Guess who was the muscle behind that project?!

I hoped that the Saturday evening will be somewhat better: I was going to visit some friends in Edmonton, whom I hadn't seen for ages. I took the train to Edmonton and bought lots of things there with me, mostly bottles and pizzas. Everything ended up with my 'friends' treating me in a not so pleasant way, so I went back home just after an hour-long stay at their place, leaving behind all the fairings I had brought along. On my way back I was surfing absent-mindedly through my newly reinterfaced Timeline profile on Facebook, cursing my Edmonton hosts, and placing all my hope on Sunday.

On Sunday evening I happened to visit my buddy Paul. He's a nice charming chap, a bit unsophisticated though. To give you a picture, I'll say that the three major passions in his life are Lacrosse, Scotch, and tanks (I mean those big military vehicles with guns and tracks, of course).

That's why it didn't astonish me that his Windows 7 OS was little better than a trash bin. As I asked him when he had updated his Windows for the last time, his eyes got bigger and he blurted out that he had 'never made a touch on the blasted thing: Microshaft ain't worth my trust.' After I inquired him about when he had cleaned his registry and system temporary files last, I got even bigger eyes with an answer: 'Ya know, I don't use my comp very often. I need it just to find things on the Web (giggle) and listen to music, that's it. And, ya know, I'm afraid that if I do summing wrong on my computer, lotsa needful data (giggle) will get lost.' In short, he had never updated his Windows since its installation. 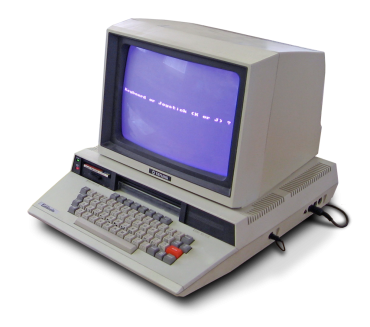 It became clear to me that his system was on the verge of crashing fatally once and for all. Paul's OS was doing its best to lag as badly as possible. It was the time: I turned up my sleeves and reanimated his OS with a couple of special programs.

The first thing I did was to install Google Chrome onto his computer, since he was still using Internet Explorer (these people are not extinct yet). Mozilla Firefox and Opera were already there, Paul just didn't use them because he didn't understand why he would need changing his browser. This heretic thought prompted my second step: I briefly presented all the three browsers to him and described their pros and cons (here I would like to express my gratitude to my colleague editor for his detailed article on this tricky topic). After that I downloaded CCleaner from Software Informer. Why CCleaner? Because it is the most famous and widely-used system maintenance tool in the world. I use it on my own computer occasionally. You can do virtually all regular maintenance task within its interface: uninstalling the programs you don't need anymore, setting up your start-up programs, cleaning the registry, etc.

However, this time CCleaner turned out to be another big mistake I did this weekend. 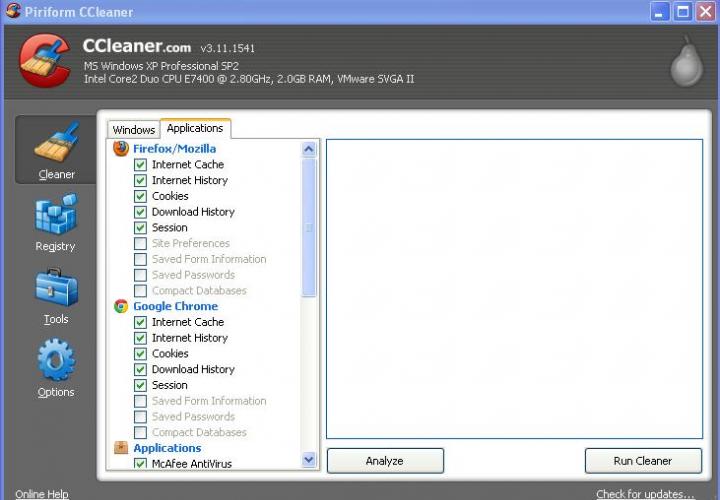 As for the registry, this piece of software did its job alright: it found about four hundred registry issues and fixed them in no time. Then I scanned Paul's hard drives for trash files and found so much as four gigabytes of them. Think about it for a sec: four gigabytes! Without further ado, I launched the cleaning process and... the system hung up. Well, it didn't hang up, actually, but the CPU was working at 100% and CCleaner didn't respond any longer. I tried to bring up the task manager, but it got me nowhere, well except for the screen went black. Paul roared like an angry bear: 'What ya done to my comp?!' I started to sweat.

At this time Paul had already quaffed an impressive amount of Scotch, so it was not the best idea to upset him.

Meanwhile the black screen disappeared and I finally got into the task manager. There I terminated the CCleaner process: the lags stopped at once. I decided to give CCleaner one more chance and ran the cleaning process again. It predictably ended up with the black screen and roaring Paul again. However, this time I was able to notice what was the stumbling block for the software: the program hung up when it started to process the enormous Internet Explorer cache. After terminating CCleaner through the task manager for the second time, I decided to leave the browser cache intact. It didn't help much, because CCleaner kept hanging up as soon as it had to deal with larger data sets. When two more attempts to clean the trash files failed, Paul finally started getting upset. Really upset.

'Okay, Paul, I'll try some other tool, don't worry, pal.' I quickly opened Software Informer and downloaded two more maintenance tools, praying they would help. I decided to use Revo Uninstaller to erase any traces of CCleaner from Paul's system: that could lighten his mood a bit, which was exactly what I needed. Thanks God, this program was not capricious at all. After finding the CCleaner icon in its start interface, I chose the Advanced delete mode. This mode searches for the leftover registry files and folders after you uninstall some software from your system, so that it wouldn't choke up your Windows with unnecessary information. 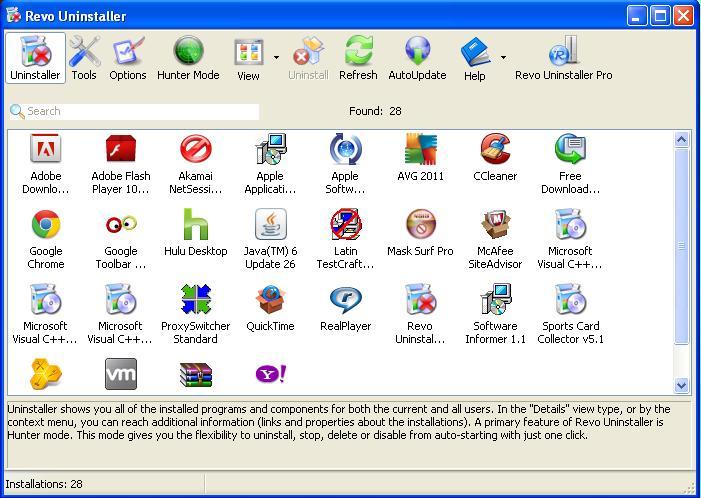 CCleaner was completely deleted from Paul's computer. This act of vengeance improved his mood noticeably and he let me get rid of several annoying tool bars in his browsers. Revo Uninstaller coped with this task impeccably. The situation seemed to be getting better.

Only the final touch was left: checking the system with TuneUp Utilities, particularly with TuneUp 1-Click Maintenance. Unlike the two previous programs, this peace of software is shareware with a trial period of 15 days. Nevertheless, 15 days meant I had more than enough time to find my way through the debris of Paul's nearly ruined system. Furthermore, it was quite late at night already, so the one-click interface looked like the most appropriate solution to my problem. 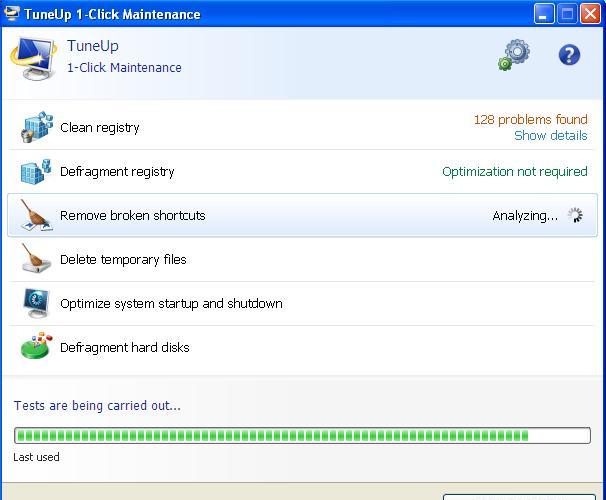 Launching 1-Click Maintenance totally undermined my faith in CCleaner: after a brief fifteen-second test, TuneUp identified more than two hundred unresolved registry issues in Paul's Windows. Two hundred! I would have put up with CCleaner's imperfection, if there had been just ten, maybe fifteen issues, but not two hundred ones. 'God, if overlooking two hundred issues is everything CCleaner is capable of, I'm a real idiot to jeopardize myself by using it on Paul's computer!' I thought. TuneUp had obviously substantially more capabilities than its freeware counterpart, and was much easier-to-use as well. No black screens, no roaring Pauls, no system hang-ups. The maintenance process after carrying out all the tests took quite a while, because it included such time-consuming tasks as the hard disk defragmentation. However, in the end, me and my friend got a fully optimized system with a speedy start-up, no temporary files, and seemingly no registry issues.

Why seemingly? Well, after such an eventful optimization of Paul's OS, I decided to stop where we were, especially as the clean-up gave its fruit and the system began working considerably faster. 'Well, I presume, you can update your system by yourself,' I told Paul and withdrew from the keyboard. My technically unsavvy buddy looked gratified and didn't object to this task being handed over to him. The long hard weekend was almost over, and I felt I deserved a bottle of Sprite as a reward for what I had just accomplished.

I wasn't surprised at all, when I spilled half of it over Paul's new carpet.

Previous story Too Much Lubricant. Part II Next story Who Maketh the Cloud His Chariot. Part I

For a very long time did not use ccleaner. Hate it.