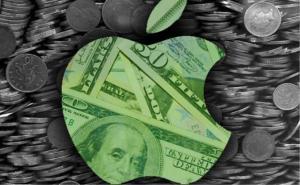 What a week it was, with some big decisions, and bigger announcements, and probably even bigger changes to follow. Let's take a look at what we have considered worthy of a special look on our part.

First off, the trial between Apple and Samsung is over (for now), and the former is victorious on all fronts. Is this victory fair? Are there any grounds for Samsung to expect a successful appeal? What does it all actually mean to all of us, regular users? We looked into all that. Later on, there was a curious bit of news about Angry Birds. Having signed up NASA to their cause, the omnipresent birds have become even more omnipresent, apparently moving to Mars in their next instalment. There's no stopping them now. Then we moved on to smaller devices with smaller screens and looked at the current state of Firefox for Android. With its big brother gaining speed and growing new features day by day, the mobile counterpart may soon become a major competitor in the world of mobile browsing. The said world still being a lot like the Wild West, there's a distinct possibility that it does so. Finally, we delved into the rumours surrounding the new iPhone, in the wake of the soon-to-come official announcement. Could it be that the iPhone finally gets updated somewhere where it matters? Have a look at what's likely and what's not, and join the chorus of anticipators. The software updates of this week have definitely the Mozilla fans totally happy: they have rolled out two major updates for their two leadinbg products, the cult Firefox web-browser and the popular Thunderbird e-mail application. This news should warm the hearts of all oldies who surfed the Internet with Firefox back in the olden days when theree was still no iPhones around and Google wasn't even dreaming about Chrome.

However, even the releases surrounded by significantly less fanfare, are still worth your attention. So, the video game cheaters' dream software, Artmoney, comes now in version 7.93.3. In case you don't what Artmoney is: it is a totally brilliant program that allows you to make the frustrating video game moments less frustrating. After getting through a small learning curve, you'll be able to generate loads of in-game dough or in-game points out of thin air, just entering them on your keyboard.

Once we've started talking about video games and mentioned certain small angry creatures: version 1.3 of Angry Birds Space is also there. If you're one of the few who still haven't tried out wreaking havoc among the green pigs' ranks: It's high time you did it, as soon as possible. The game's gorgeous.

If you are one of those who should stop your company's employees from spending their work time wreaking havoc among the swine, you should definitely try Fiddler. That traffic control application will allow you to monitor the size of all traffic streams in your network and should help you save you boss' money from being wasted by YouTube.