The most interesting horror games of 2014. Bioshock, Amnesia and Knock, Knock... The year 2014 is almost here, let's play! 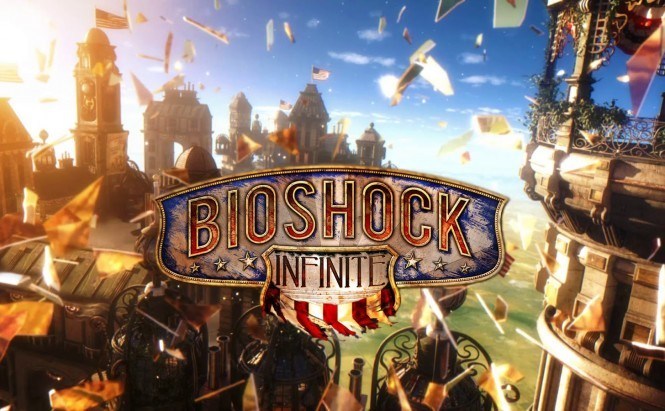 10. Amnesia: A Machine For Pigs Sadly, it's a bit less of a game than the original Amnesia, let alone the Penumbra series, but I can't fault Frictional Games for spearheading the horror genre and trying new things to keep it relevant almost single-handedly. A Machine For Pigs distills the whole concept almost down to its very formula: you're a defenseless anti-hero walking from one setpiece to another, trudging through darkness and trying to avoid the creatures that seem to be lurking in it. It's full of atmosphere, and the sense of terror is almost mathematical in its dosage, and the story has matured from immortal half-gods to class wars and religion; but there's still something missing. Something different this time.

It's still a first-person horror game, and it's still brilliant, don't take me wrong. The sense of dread as you hide behind a cart with pig cadavers hoping that the shambling thing won't notice you're there - it's as piercing as ever. It's just that this time you're left feeling guided, rather than like you made a conscious decision to hide there. The game feels less like a horror incarnation of Thief, and more like an interactive installation. It has a story to tell, but you're not a part of it. We'll have to wait, I guess. Let's stick with horror for a bit longer, shall we? Knock, Knock may not have the same political undertones as Amnesia: AMFP, but its contained and reserved nature - to the point of being almost cozy - certainly plays in its favor. It's a game about discomfort, rather than horror, but it does a great job at making you want to make yourself uncomfortable. It wouldn't do that without your consent and your direct agency, it's polite like that.

Knock, Knock is a side-scrolling exploration game where you control a pointy-haired chap with a candle, roaming around your randomly generated house at night not daring to look at the shadows, or past open doors, or into mirrors, or anywhere at all. Like all other Ice Pick Lodge's creations, it's a flawed game: it doesn't explain much, and it sometimes feels like you're playing against the game, rather than playing the game itself. Your only reward is more exploration, more muffled creaky sounds and rustles - and you might actually be content with that. I played this game right after I finished the brilliant Fez, and I think my brain melted into a couple of extra dimensions as a result of that. Antichamber is brilliant at ruining your preconceptions about the cause and effect, tricks you into seeing things that don't exist, and forces you to rethink everything you know about video game mechanics.

On the surface, Antichamber looks just like your regular first-person adventure game (and a first-person shooter at some point), except that you soon realize that nothing works the way you expect it to. You think that you're in one room, but then you look to your left and suddenly you're in another one. You trigger a switch, and something starts moving - in the past. You're walking across a chasm, and there are floor tiles popping up right underneath your feet. The game lies to you. It says, 'Jump' - and you jump upwards, and the floor vanishes. Then you find a gun and you start creating matter in the form of neat little cubes. Then you find another one and you start destroying matter. The game's puzzles are refreshingly confusing, even though they sometimes venture into the 'what did the designer want me to do?' territory. But I can forgive that when there's an extra dimension involved. Here's another pointy-haired fellow. Oh, good, the more the merrier. Don't Starve makes a good effort at being a friendly game about survival (it's all in the name, really). With its Burtonesque style and tongue-in-cheek attitude, it almost does make it sound like chopping wood and fending off weird creatures is a fun pastime.

So you're this Johnny Depp, alone, in the middle of the forest, and you're growing hungry. And it's growing dark. You'll have to hunt things, chop things, craft other things, build campfires, fight away creatures, and try to survive in general. If you're dead, you're dead. If you're not dead, you will be. Isn't it fun? This is a tough one. Bioshock Infinite is no longer the game that could've been made by Tarkovsky. It's a sunny colorful world, full of air, and bright ideas. It's a grand game, both in scale and in its soul - it has a wonderful world, with wonderful buildings, and machines, and fashion; but it doesn't seem to do much with it.

Bioshock Infinite is still a first-person shooter, and there's no fault in that. But as it has dropped the claustrophobic corridors in favor of vertical open spaces, it seems to have lost some direction. It's a spectacle, a roller-coaster of a game, but the game gets in the way: oh no, you'll have to shoot those same three kinds of enemies, using the same boring gun, sometimes using a zipline to make things interesting - and when you're done fighting, you find yourself enjoying the game again. It's a great idea of a game, and you should still play it. Just don't let the game spoil itself for you.

Lame games. It's just a waste of time.