The second wave of lawsuits regarding the alleged infringement of Rockstar's patents by Google has hit the ocean of technology wars, read on to find out more. 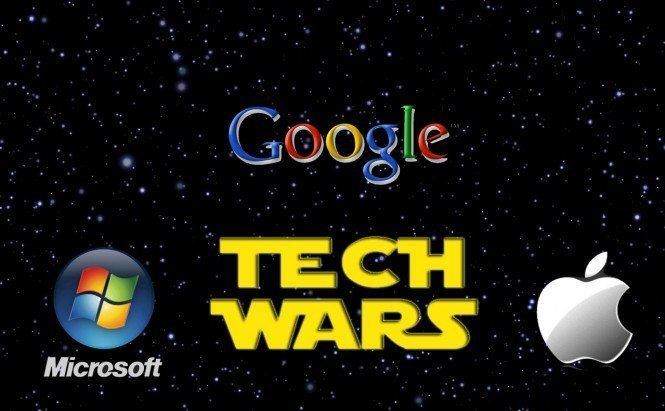 The second wave of lawsuits regarding the alleged infringement of Rockstar's patents by Google has hit the ocean of technology wars. After a two-month delay since the original lawsuit, the Android mogul has finally responded and it seems to be fighting back seeking justice and simply stating that none of the claims are true. The suit itself contained some obvious hints - albeit obfuscated by legalese required by the law - as to what the deal is all about. These hints have been immediately picked up by online blogs and magazines due to the fact that everyone can read the whole thing online.

What is The Rockstar consortium?

The Rockstar consortium (an association of companies) was created back in 2011 following the unlucky manufacturer of network equipment, Nortel, going bankrupt in 2009. Back then, Apple, Microsoft, Sony, Ericsson, and BlackBerry acquired about 4,000 Nortel patents for approximately $4.5 billion, thus forming a consortium that they decided to call Rockstar. Now the entity is operating separately from those companies, with a stand-alone administrative board. According to the information provided by some of the companies, the decision to go after Google and what seems like all Android device manufacturers (Samsung, HTC, ASUS, Pantech, Huawei, ZTE, and LG) was made by the Rockstar's CEO, John Veschi, and the board or directors independently from any of the founding companies in particular. Rockstar is what is often referred to as a non-practicing entity (NPE), which implies that it does not actually produce anything but exists by means of using the intellectual property it holds as a basis for infringement lawsuits. Another way to refer to such companies is 'patent trolls'.

And now Google fights back with a counter-suit, which in a very straightforward form describes how none of the claims made by Rockstar are true, especially the ones that touch on Google's line of Nexus devices. The document also highlights the fact that specifically Android manufacturers seem to be targeted whereas the alleged infringement might easily take place in other mobile devices.

Such complicated cases usually take no less than a year to be reviewed by the jury, and it is yet unclear which side is in the right. However, the risks Google is facing are pretty dramatic in the worst-case scenario. The original lawsuit from Rockstar aims right for Google's heart â€” its advertisement technologies. Billions of dollars in profit Google makes yearly come from its advertisement technology, the one that provides advertising contractors the means to hit their target demographics. Although Google makes it look like the case is not only ungrounded, but almost evil, and that it's merely an attack staged by its rivals, the core of the case might lie a bit deeper and be a bit scarier.

Companies from both sides may be putting their reputation at risk, and whenever that's the case an amicable settlement seems to be the safe exit. These suits will occasionally remind us of their existence, and we'll probably hear an opinion from an odd patent expert at some point, but it's a bit early to take sides yet.

Thanks for the article.