Opera will never be the same. The most popular mobile browser worldwide and one of the big players on the desktop web-browser market has revealed a... 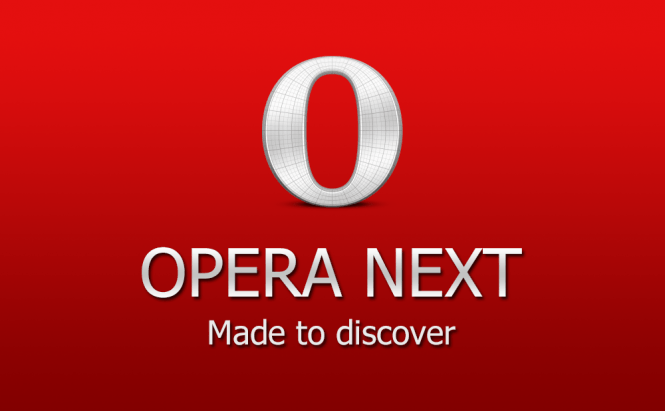 Opera will never be the same. The most popular mobile browser worldwide and one of the big players on the desktop web-browser market has revealed a dramatic interface revamp in its version 15. However, the changes Opera is undergoing now are not merely cosmetic: the most interesting things will be going on under the browser's hood.

Chrome's steadily growing user numbers give no peace to the competition of the Google browser. So, back in 2011, Mozilla was one of the first to react to this trend by making the Firefox release cycle more 'Chrome-esque', with a new version released almost every month. A number of Chrome's erstwhile design breakthroughs, like the tabbed start screen, have already become commonplace.

It seems like it's finally Opera's turn to yield to the general Chromificaion of the browser's market. Version 15 of Opera Next, the browser's beta snapshot, looks much more like Chrome's sibling than the old Opera's offspring.

Some of the user interface elements, like the navigation icons in the upper left corner or the Omnibox-wannabe URL box, feel as if they were cloned from Chrome directly. Others, like the Speed dial tab of the Start screen, resemble the Google browser in a subtler manner: they somehow manage to convey you the same feel but work differently from their Chrome counterparts. For example, the Speed dial does not provide you with access to your most visited webpages but rather to the web pages you explicitly defined. However, the interface changes are not confined to merely mimicking Opera's more successful competition. So, the new Discover tab on the Start screen is actually a great news aggregator with language and topic customization options. The Discover Option in Opera 15

The so-called Offroad mode is nothing else but the refurbished Turbo mode, which would often help you out of the bandwidth bottlenecks. What difference there is between the older and newer versions, apart from the name change, is a dark secret – but the truth is that the Turbo/Offroad mode now works even faster.

The Settings tab also got a brand new look – and it did Opera good. Clearly and logically arranged, enhanced with the handy Search option and – finally! – sleek-looking, this Settings tab is definitely a huge present to all Opera fans. And me. The Settings Screen in Opera 15

The most dramatic shift in the Opera development paradigm has remained concealed from the users' eyes: it has finally adopted WebKit as the third browser among the Big Five, following Safari and - ta-da! - Chrome.

For those of you who have no idea what I am talking about: WebKit is a webpage rendering engine, translating the page source code into images the end user gets to see. Up to its version 15, Opera was using Presto, its own rendering engine, which resulted in increased development expenses and lower compatibility.

Taking it into account, the decision to ditch Presto for WebKit seems very logical. Keeping in mind the overall 'Chromified' attitude of the new Opera Next, it seems even more logical that the Red O has decided on a different rendering engine. Less than 24 hours after Google announced it is going to develop Blink, its own WebKit fork, Opera declared it will implement it in its future releases. In other words, there is not that much time to try out the WebKit-run Opera, so why not do it right now?

You can download the new Opera 15 Beta here (attention! beta!)

Which platform do you use Opera on?
View results

Previous story Turn You Photo into a Sketch Next story Repair Tools: Save Your Videos

Well. Never thought I'd see the day when Opera, of all browsers, would try to ape Chrome.
Your article needs to be corrected on a few points, though. Opera has been far more innovative than Chrome in every way so far. First of all, Opera invented Speed Dial for browsers. They're definitely not copying Chrome here. Secondly, you forgot to mention that almost everything in the Chrome browser has come from Opera. The concept of tabbed browsing, for example.
So it's kind of sad that Opera has given up innovating and has just started following the other Chrome-imitation sheep. As for me, I personally will keep using the newest Opera version preceding Opera 15 until as long as the advancement of web technology makes it impossible.

Hope this version won't be so slow as the previous one. Last Opera happened to hand up all my system

Opera Next is more attractive, but the operational system is much more difficult than in ordinary Opera.