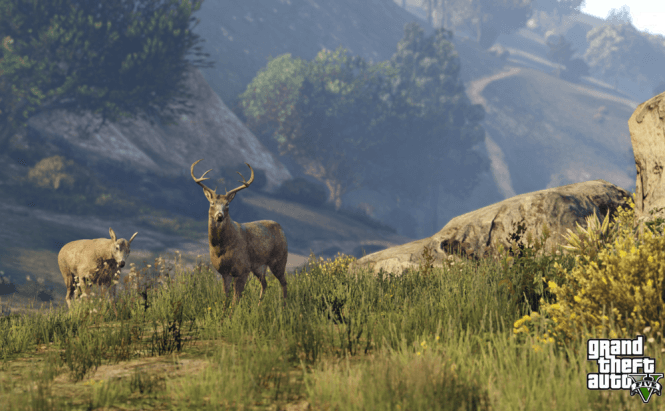 GTA V has been available on PlayStation and Xbox for over a year now while we, the PC gamers, have been patiently (more or less) awaiting. In all seriousness, the console versions are even getting re-released, and the computer game is still a long away from launching. According to a recent Rockstar announcement, the game will provide two cool features that will make the long wait worth it.

The upcoming PC version of GTA V will include a first-person mode which will bring us closer to the action than ever before. I know that you can mod GTA IV to make it seem like a first-player perspective, but it's not really that great since the game is conceived entirely for a third-person perspective. This future GTA V feature will come with a new targeting system, a multitude of new animations and a more traditional FPS control scheme. If you like the third-person view better, you don't have to worry. The players can easily switch between perspectives with just the push of a button.

The second cool addition is that gamers who can afford high-end displays will be able to enjoy the in-game action on a 4K resolution. Flying over Los Santos or high-speed chases in traffic will look a lot better than it did before. Furthermore, both the PC and console versions are getting a graphical overhaul with increased drawing distances, a more crowded traffic and improved texture quality.

On a sadder note, there is another rumor flying around that Rockstar is looking to limit the Xbox and PlayStation releases to a 30 frames per second and I'm sure that, if something like this happens, it will make a lot of players angry.

–  8 years ago  –  Was it helpful? yes | no (+4)
Useful Windows applications
Interesting Windows stories