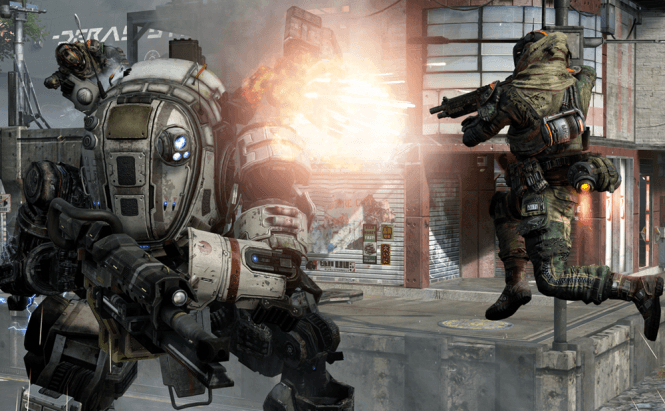 If you like to see giant robots shred each other to pieces, then you will be glad to know that Electronic Arts has just published a teaser for its upcoming game: Titanfall 2. The biggest thing that you can notice in the trailer is that in the sequel, the mechs won't only fight each other using high-caliber weapons, but also huge swords. I don't know about you guys, but I'm very excited for the Electronic Entertainment Expo on June 12th, where Titanfall 2 will be officially unveiled.

As you can see below, the video looks great, but just as you would expect, it doesn't give us too much insight about what's about to come and we have no idea what's in the Drop Pod. What we do know, however, is that Titanfall 2 is currently being developed for Xbox One, PlayStation 4 and PC, and that unlike its predecessor, it will have a full-fledged single player campaign. (The original TitanFall only had a few training modules that you could enjoy in single player, the rest of the action being multiplayer only.)

For those of you who aren't familiar with the topic, Titanfall is a multiplayer-based first-person shooter in which teams of players control armed fighters that try to take each other out. Depending on the map's settings and conditions, the players can summon a Titan, which is a gargantuan exoskeleton that allows them to take more damage, run faster, and gives them a lot more weapons to play with. The game was released in 2014 and it was quite successful, despite EA's notorious marketing practices.

Since it seems that you're a gamer, you should also check out some of our previous stories such as: "Will movie games ever be good?" or "Forgotten gaming gems".