Clone Wars: DotA and Its Rivals

I'm sure you've heard about the DotA game. It is an arena-style battle of two teams each trying to conquer the opposing side's base. You control a... 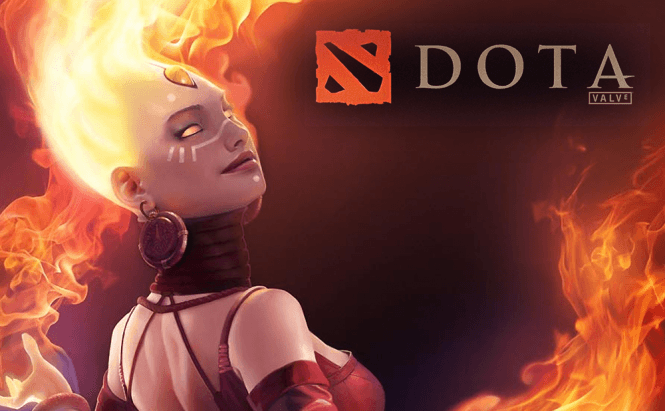 Clone Wars: DotA and Its Rivals

I'm sure you've heard about the DotA game. It is an arena-style battle of two teams each trying to conquer the opposing side's base. You control a single character and you level up while playing, becoming more dangerous and fierce. This game originated as a Warcraft III map and has spawned numerous “clones” over the years. Let's have a look at several most interesting of them. League of Legends is Enjoyable in its Own Way

The game is very much alike the original DotA, with two teams fighting against each other in a fantasy setting. The game is free, and it has nice music and animations.

The interface is quite simple. With controls and menus placed on both sides, it leaves a lot of space for the actual gameplay. The friend list is well-organized, and the matches are simple to set up. The chat system is organized so that you can control who you want to talk to, and there is no “world” chat.

It has different types of maps for 5 or 3 players on each side, and these maps are different not only in size, but in style of play too. I'm not exactly sure, but it seems like many of the heroes resemble those from DotA, both in their looks and abilities. The game on the whole looks a bit like DotA, with simple markers on the map and no in-game voice chat. The controls are simple enough: everything can be done with a mouse, but you can do many things much quicker if you use the keyboard. In general, it looks and feels like a very polished game, and the paid aspect is not too jarring (basically the only thing you can buy is a “skin” for your hero). This one is not exactly a rival, but rather an upgrade over the original DotA. It is virtually the same in all aspects, so I won't dwell too much on it.

The interface is simple, easy to learn, and very visual. It is close to that of League of Legends, with just a few minor differences.

The main aspect that attracts your attention is the map size. It is rather big, especially compared to maps in League of Legends. The three lanes have a different length, and accordingly are not equally dangerous. All champions are available from the get-go. They have their own abilities and roles on the battle map. Notably, trees can be destroyed (effectively creating new routes), and items bought at the shop have special properties, granting your champion unique powers when activated. There's also daytime change, which makes the game even more intriguing as the strategy might change a bit when it gets darker.

Summing up, this game has good graphics, interesting gameplay with certain unique twists, and it deserves the attention it has received. Smite Puts Your Nerves on Test

In this game you see the world from a different perspective: it's played in third-person view from behind the back of your character. This makes the game look more like an RPG rather than a strategy game, as you actually feel the combat up close, almost from the point of view of your character; this is quite unlike the previous two games, which are played from the top and feel a bit farther from the action, making you more like a spectator than the player.

The game has a very nice interface that differs from most other games of the genre. It looks very similar to RPG games. If you are used to playing RPGs, switching to this MOBA will be easy for you.

You really need to try this one, it has a totally different feel to most MOBA games. Being used to the League of Legends style, I felt a bit confused and not at all comfortable with the new perspective - you know, that constant feeling that there's an enemy behind you. It's a whole new gaming experience, and it brings unforgettable emotions.

Overall, this one deserves some attention, especially if you like new experiences. Smite manages to combine the action-packed style of MOBA and the serene beauty of RPG games pretty well. Playing Bloodline Champions is a Challenge

The game is strikingly somber. Even the music that is played on the log-in screen is far from positive, so to say. Still, it's quite nice.

The game window is full of tiny details, which require some time to get used to. On the bright side, it makes everything easily accessible. The main menu is arranged in a list and provides you access to most commands and settings. The first thing that attracts your attention, however, is the huge chat window; it allows you to talk to everyone logged in, everyone in the game, a friend, a group, or your team.

The controls might feel odd at first, especially to those who are accustomed to using the mouse for controlling their character. Here you'll have to get used to using more than 11 buttons during a session: you move your hero with WASD keys and use the keys around those for your abilities (in addition to the mouse buttons), which fire in the direction of your mouse pointer. Not very convenient at first. You also have some side goals to achieve (and get rewards for that).

Notably, when you start playing you will probably feel some imbalance in the game. When you play a duel style game, you have to play a random character, and it may happen that a healer will be put up against a warrior - a battle the former has little chance of surviving.

All in all, this game is played at a very high pace and may be interesting to risky players, who truly enjoy a good challenge. Panzar: Get Ready to Act Quickly

This one is a bit different: it is actually a multiplayer action RPG. I've included it in my list as it has a similar idea behind it: a bunch of players face one another in a fierce battle; however, there are no nexuses or turrets or lanes, there are only arenas and specific spots to take hold over.

It is more or less close to that of a regular MMORPG, and we all know what it looks like. You choose your class, name your hero, and enter the screen with abilities, items, and stats. Everything is very intuitive and simple.

This one feels like a mixture of MMORPG and MOBA. The first part is reflected in that your champion doesn't level up during the fight, only in between fights. The second is reflected by the resemblance of League of Legends' Dominion mode, where you also have to hold spots; but you don't have to capture all of those, you just need to hold more more the opposing team. The game is very dynamic and you have to react really fast to have at least some chance to dominate.

You just need to try it to know if this type of gameplay is for you. As it is, the game is quite enjoyable once you understand your role in the party. This takes some time and it is important not to lose interest in the game.

Summing up, I'd like to underline that it is impossible to say objectively which of these is the best one among MOBA (or DotA, if you like) alikes. There are many choices, so you're bound to find something to your taste.

Which of the DotA games do you favor more?
View results

League of legends provides the most satisfying experience! It is my choice.

Ok, LoL is definitely satisfying in its own way, but it lacks the grinding aspect of the original Dota, which is essential for the MOBA experience. Now, Dota 2 looks promising. What's more? Valve is behind the wheels, so I have a feeling it'll have its mark in video gaming history.

And don't forget the fact that Valve recruited Icefrog for the project. When the Dota 2 is completed, it will annihilate these clones, I promise you.

If it's completed, rather. We're still waiting for that HL2 Episode 3 we were promised.

First of all, thank you for the question. Heroes of Newerth is an honourable game of the kind, which was omitted for the reason of being very similar to DotA. The focus this time was not mainly on direct DotA clones, but on the divergence of the MOBA games available, which are different, but not worse. If we ever write an article that will be built around the divergences in games that are extremely close to DotA in design, gameplay or key mechanics, we will definitely include it.

I like this structural description of DotA-like games. I'd choose League of Legends: OK graphics & ease of use. It is worth trying.