Earn a Million with Bitcoin

Bitcoin has turned out to be a much more lucrative project than most of us dared to think. The world's most popular virtual currency breaks new... 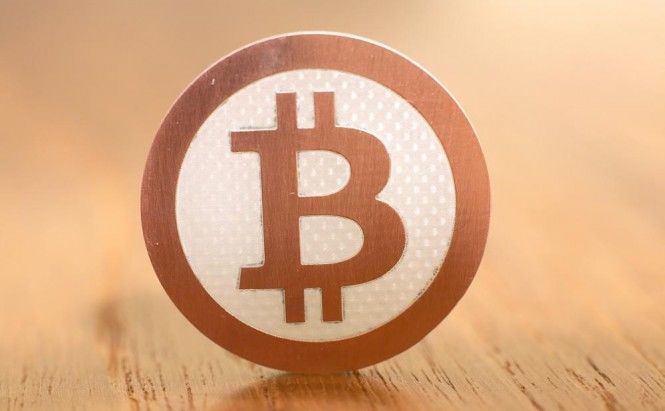 Earn a Million with Bitcoin

Bitcoin has turned out to be a much more lucrative project than most of us dared to think. The world's most popular virtual currency breaks new records just like Hulk Hogan did with noses, the exchange rates do not sink below $115, and nerdy hackers turn to millionaires overnight. The most ambitious economic project on the Web seems to have finally come in full swing.

Back in 2009, Laszlo Hanyecz, a Florida programmer, carried out one of the first Bitcoin transactions worldwide by paying 10,000 bitcoins for two pizzas he ordered from Papa John's. As Bitcoin was expectedly not accepted by the pizzeria, Laszlo had to transfer them to a volunteer in Britain who paid for the order with his credit card. If the British guy was wise enough not to spend the Bitcoins in the meantime, he must now be in possession of roughly $1,560,000. For two pizzas. Sounds like a deal to me.

If you have read the previous paragraph and are still wondering what this gibberish is supposed to mean, you must belong to the overwhelming majority of the world population who has no idea what the Bitcoin is. We talked about it at great length here, but a quick recap wouldn't hurt.

In a few words, the Bitcoin is a virtual currency, the issue and spread of which is controlled by a rigid framework of technical constraints and the obligatory consent of the user community for any change of it. The new Bitcoin units are issued on a schedule by a huge network of user-run servers performing extremely complex computations: the process called 'mining'. Putting it simply, as soon as one of the servers finishes the computation, its owner is rewarded with a fixed amount of bitcoins.

Obviously, the more computational power you deploy to mine Bitcoins, the greater the chances you will be the lucky one who will win the jackpot. That is why some miners buy up servers on a nigh-industrial scale in the hope of maximizing their Bitcoin profit. With the average market price for a single specialized server lying around $2,200, at the current exhcange rates, the miner will have to quarry 14 Bitcoins to cover the costs. The current reward for finishing the computation is 25 Bitcoins. Even if you add the energy costs for supplying the servers, one successfully mined Bitcoin batch is likely to compensate your total costs, and the second one will bring you into the profit zone. If you buy two servers, the profit zone begins from the third mined batch, and if you cough up enough money for three of them, you'll have to mine four Bitcoin batches to make any profit. The good news is that your chances to finish the computation and get the reward grow proportionate to the computation power you are using.

There are essentially two ways you can do it. First, you can be either working for the real economy, mining new Bitcoins and converting them into a conventional currency like dollar. Second, you can take the risk and try to trade yourself up keeping a close eye at the exchange rates. The latter variant can potentially bring in much more cash. For example, about two months ago a Bitcoin was worth almost $30. Two weeks ago, the exchange rate rocketed up to the whooping $230. $200 of profit per Bitcoin, that is cool. On the other hand, if you had joined the Bitcoin trading twelve days ago, as the cryptocurrency cost more than $200 dollars, you'd be in the black now with a forty-dollar loss.

The behavior of the Bitcoin exchange market is also harder to predict than that of the conventional markets. The sheer number of unique factors influencing the exchange rate as well as the mighty influx of new traders, attracted by the rising rates, makes any prediction rather implausible. For example, any relatively large transaction can lead to considerable fluctuations of exchange rates as it will signalize that a large amount of Bitcoins is now concentrated in the same hands. Taking into account the still extremely limited amount of available Bitcoins, such information cannot but start a short-time downhill trend.

Summing it up, you can either play it safe and take all the money you've mined right away or you can play a George Soros and try to trade the hell out of this new-fangled Bitcoin thing.

Okay, so far so good, 'Trading for Dummies' is now standing on your bookshelf next to the 'Server Maintenance'. The server are quitely humming in the corner. Next step? Do you think it\'s possible to make good money with Bitcoin?
View results

Bitcoin is not a real currency but is often referred to as a currency. It's more like a virtual currency or cryptocurrency.

Bitcoins are worth far more then when this article was written so the advice should have been: "Buy Bitcoins!"

I think you really need to get the best possible software that trade tips on how to make money trading bitcoin. But like what Robert says I hope it stays around!

I think that to make money with Bitcoin, you need to act as a broker for the buyers. Anything else isn't guaranteed and brokers will always make money.

I really hope Bitcoins stay around and become a global currency.

I think it's kind of trickery.

Even worse: it's wizardry. Pure magic.