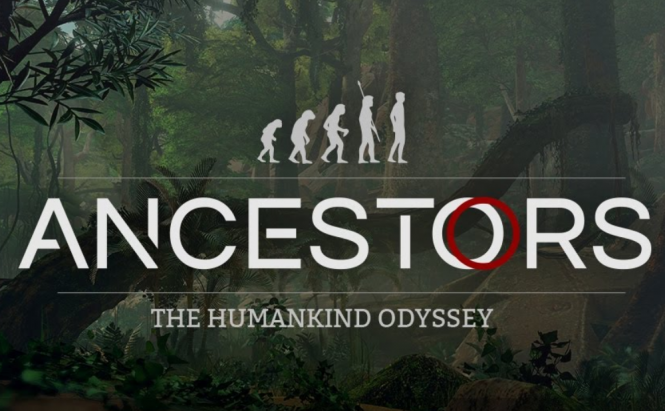 We finally have the first trailer for the Ancestors: The Humankind Odyssey and even though it reveals very little about the actual gameplay, it's still quite intriguing. For those of you who've never heard about this game, it's made by designer Patrice Desilets, a former Ubisoft employee and the creative director for Assassin's Creed and Assassin's Creed II. Unfortunately, we have no idea when we will get to play Ancestors, but it will probably be two years or more.

From what I could gather, in the beginning of the game we will play as an ape on the African continent. The action takes place 10 million years ago, so the fact that the video ends with an ape (probably the player) being attacked by a sabre-tooth is not that surprising. Also, judging by the vast jungle and the many animals that we see in the trailer, I'm guessing that Ancestors: The Humankind Odyssey will be an open-world game. From what I know, Desilets has planned an entire series of survival-action games that will follow humanity's evolution across time, which seems like a very cool idea. Unfortunately, the commitment to this project also means that the other game Mr. Desilets is working on, 1666: Amsterdam, will probably be delayed even more.

As I said, since the trailer contains early alpha footage, it will be a while until we can play Ancestors: The Humankind Odyssey. In the meantime, you can get ready by playing these 5 video games that improve your gameplay.