A Girl and a Robot Join In

Hey there, fans of shooter-style games, you must have heard about the new Mechromancer class introduced in Borderlands 2, but have you tested it?... 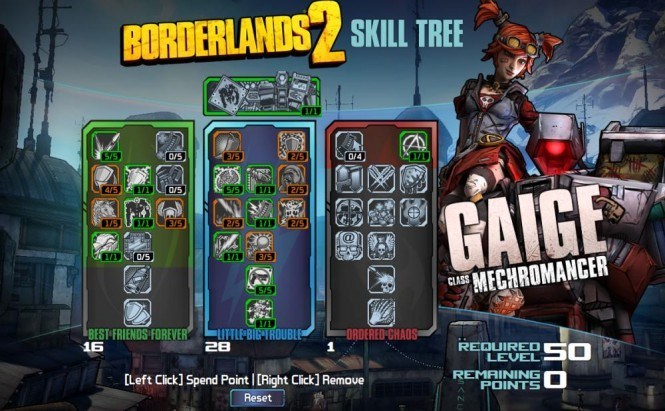 A Girl and a Robot Join In

Hey there, fans of shooter-style games, you must have heard about the new Mechromancer class introduced in Borderlands 2, but have you tested it? Well, before we go on to touch upon the new vault hunter, let's pay some attention to the main team. The four initially available classes imply completely different playing styles. They can be chosen depending on what strategy you like the most. The Assassin class implies a rather quick play, as you have to react to changed conditions (when your clone is created) in less than a second. The Gunzerker class seems to be for those who like shooting more than anything else. If you prefer controlling the battlefield, your choice is the Siren. And the Commando is for those who want to enjoy an easy, relaxing play style, thanks to the support of a turret, which attracts your foes. But what can the new Mechromancer class offer? The Mechromancer and Her Deathtrap

It should be noted that this girl, Gaige, feels like something between the Commando class in Borderlands 2 and the Siren from the first part. The first thing you notice playing this character, after reaching the fifth level (when you get the special class feature), is that the solo game is quite easy. Gaige can summon Deathtrap, a mechanic servant which attacks your foes on its own will, beginning with the strongest among them. From the perspective of the summoning ability, she resembles Axton, who deploys a turret onto the battlefield. Gaige is at the same time similar to Lilith, as she can deal elemental damage in various ways, together with her 'pet', if a special skill was taken. Gaige feels like a self-sufficient vault hunter, who is as easy to play as Axton or Maya. She seems quite difficult to get killed as you have a good and reliable helper with you. Nevertheless, she is still quite balanced in play. Some abilities do give bonuses, but at the same time imply noticeable disadvantages, like making it rather difficult to track what is going on on the screen. A skill called Anarchy works like this, implying more damage, but cutting off you accuracy. Yet, there are other skills to balance this with.

Overall, Gaige makes an impression of an interesting, probably even challenging, hero in terms of ability development and play style, since the wrong choice of learning order for your abilities at the start may ruin the whole game. Like in the case of taking Anarchy before Close Enough, running after dealing more damage.

Referenced Windows applications
What is your impression of the new class?