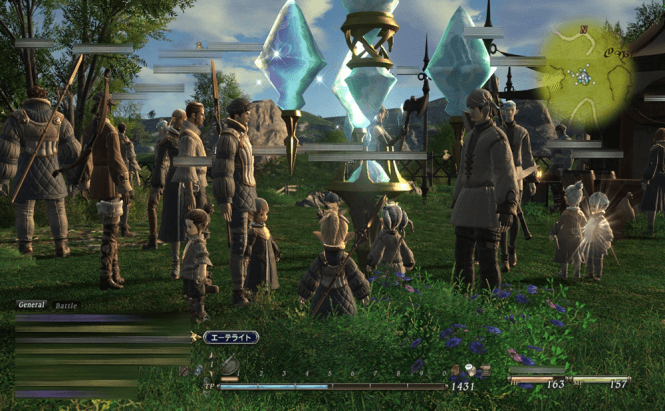 Surprise, surprise: more free stuff with Final Fantasy XIV! According to an announcement made on the official game website, the 14th game of the Final Fantasy franchise is now offering a two weeks free trial.

For those of you who don't know, Final Fantasy XIV is a MMORPG published by Square Enix. When it first came out, this game was abysmal generating loads of negative comments and reviews on every gaming website. However, its second version (called A Realm Reborn) brought a lot of improvements to the gameplay, graphic engines, as well as server capacity managing to become a whole of a lot better than its predecessor.

Sadly, the trial will be subjected to lots of limitations which are more severe than the ones we've seen in other MMOs. Firstly, each user is only allowed one account and the players who already purchased the game aren't allowed to participate. Trial accounts can only create one character per world, are limited to level 20 and can't do a long list of things such as trading, hiring retainers, using the Market Board, etc. Furthermore, the amount of gold that can be gathered on this type of accounts is limited, but the maximum value hasn't been specified yet.

Along with the free trial, the publisher also launched a Recruit a Friend campaign which will offer in-game benefits to any player who convinces a friend to purchase a Final Fantasy XIV subscription.

As far as I remember, no longer than two weeks ago Square Enix was inviting all of the former Final Fantasy XIV players to a "free weekend", and now it announces a two-week free trial. Is this the beginning of a free-to-play Final Fantasy A Realm Reborn, or are the developers simply trying to dissipate some of the negativity that's still in the air because of the original version of the game? I guess we'll find out.