The times are changing even more rapidly than I thought: no sooner had I submitted the first part of this article as it turned out that the first... 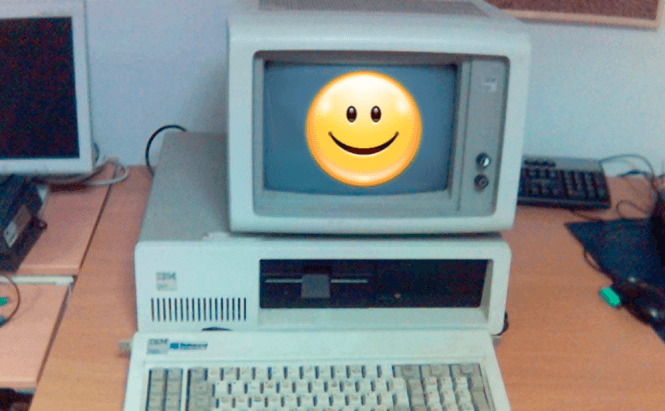 The times are changing even more rapidly than I thought: no sooner had I submitted the first part of this article as it turned out that the first Samsung Tablet-PCs are already available on eBay. They're called Samsung 700T , and they feature an 11.6-inch display, 1,6 GHz Intel Core CPU, 4 Gigabytes of RAM, 64 Gigabyte solid state hard drive, and Windows 8 OS. As was promised by Microsoft before, the device is shipped with a docking station and a Bluetooth-keyboard, together effectively making the tablet a portable personal computer. However, it's not all these features that made me choke with my coffee as I learned about the Samsung 700T sales launch. The greatest surprise was its pricing: the device can be obtained with the starting price of 2,000 dollars. In case you don't want to reload the tablet's eBay page every three seconds in fear of losing a bid to someone else, you can pay the measly 3,500 bucks and get your personal Samsung 700T immediately. 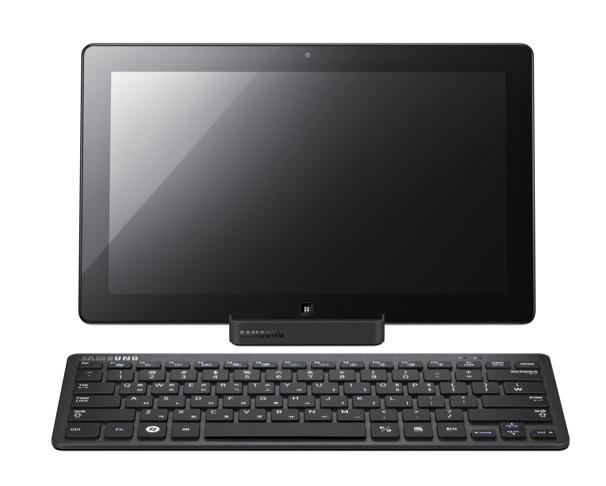 Samsung 700T: My Kingdom for a Tablet!

From now on I'll never say Apple is greedy. The five hundred dollars one has to pay for the iPad 2 seems to be a bargain price in the light of the recent Samsung's appetite. At least, if you buy an iPad, you get a (relatively) decent tablet with a fully functional operating system that won't crash if there's a draft in your room or a bird flies past you, whereas Windows 8 in its current state can serve as an illustration for the word 'buggy' in Webster's Dictionary. Moreover, even when Samsung 700T will be shipped with Windows 7, it would be impossible to change to Windows 8 and thus spare some money: the new operating system comes with special proprietary drivers that cannot be obtained through the Web. Yet.

MG Siegler was right: it looks like we're really gonna laugh using Windows 8. If Microsoft and Samsung keep charging such exorbitant prices for their new products, we're going to utter silly nervous giggles each time we see how much a new Windows 8 tablet costs. As for me, I would pay two thousand dollars for a device only if it could wash my dishes, walk my dog and shake cocktails at parties. So far, I haven't heard about Samsung 700T featuring a built-in automated cocktail shaker or dish washer, so my bank account will remain intact for the time being.

Nevertheless, the sky-high prices for Samsung 700T are not a death sentence to Windows 8 yet. Nothing prevents you from installing this operating system onto your non-Samsung tablet or your desktop. The only problem with Windows 8 is that it's still under development, and many of its key new features are not available, or are available to a very limited extent.

For instance, the sensational Windows Store is not operational in Windows Developer Preview. Well, that doesn't upset me much, as I'm no great fan of Mac App Store, Android Market and the like. Moreover, I didn't like the idea of creating Microsoft's own virtual store from the very beginning. As soon as I heard about it, I thought it would unavoidably lead to 'Apple-ization' of the Redmond giant. It turns out that I was right; on September 16 of this year Microsoft announced that the so-called Immersive Version of Internet Explorer 10 will not support all Active X plug-ins. Let me try to make out what this could mean for us, the general users. First, the Immersive Version of IE 10 will be run within the Metro interface. Second, the Active X plug-in includes Adobe Flash Player. If you heed that running the Desktop interface on a tablet is an act of masochistic perversion, it won't take you long to figure out what Microsoft is aiming at. Following the footsteps of its Cupertino rivals, Ballmer's team wants to leave the video-sharing web-sites like YouTube or Hulu, as well as browser games, out of business, as all the content these services provide will be available only through Windows Store. The support of Active X plug-ins in the Desktop IE is a nice loophole to avoid the accusations in the excessive mercenariness, but it fails to conceal the fact that watching YouTube videos or playing another cool browser game on a tablet is going to be all but fun.

Despite this disquieting change in the Microsoft policies, Windows 8 seems to have made some glorious leaps in usability. For example, there came one of the most longed-for things on Earth: the portable Windows. The new OS by Microsoft contains a program called ”Portable Workspace Creator”. This piece of software is able to create bootable USB drives for Windows, allowing us to carry our OS around with us. A very comforting thought for millions of users from all over the world, getting acute panic attacks when they fire up an unfamiliar computer and find out it runs on an OS other than Windows. 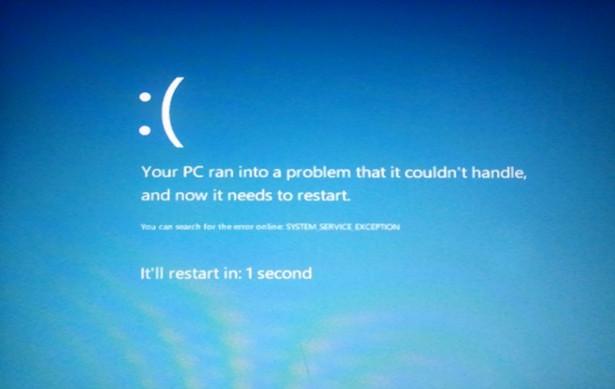 The Blue Screen of Death in Windows 8: The Revamp Is Really Massive

Another praiseworthy change in Windows is its reduced boot time. Erstwhile pushing the Power button on your system block used to mean that you could leave with peace of mind to your kitchen and help yourself with a cup of coffee. In those almost bygone days the average boot time of Windows was about two to three minutes. Now Microsoft swears this problem is solved and the user can start working with the system in less than 10 second after the POST is complete. Details for the technically savvy people: the secret is that shutting down Windows 8 would only close your user's session, whereas the kernel session will go into a hibernation state. If you don't know what it means, hibernation is essentially saving the system state into a special file, called 'hiberfile'. The next time you boot your computer, the information from the hiberfile is read back, which takes considerably less time than starting the kernel session from the very beginning. Although this change in the booting procedure sounds like a minor one, its results are no less than tremendous. See it for yourself:

And the last great thing about Windows 8 that I'd like to mention here is the announced support of the USB 3.0 standard. Its predecessor, USB 2.0, is already eleven years old and is designed for transmission speeds of up to 60 MB/s. Back in 2000 such bandwidth was a real breakthrough, but these days it's looking utterly lamentable. USB 3.0, which has been around since 2008, has a maximum transmission speed of 640 MB/s. Although it is significantly less than Thunderbolt's maximum of 1280 MB/s, this bandwidth is definitely more suitable for the modern users' needs and I cannot help hailing the decision to include the support for USB 3.0 into the initial release of Microsoft 8. 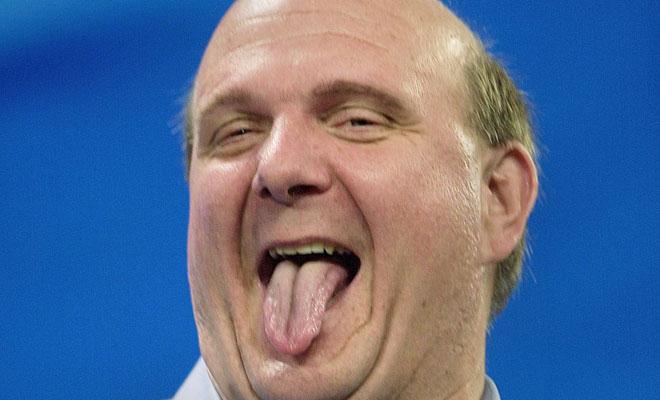 All in all, the first impression from Windows 8 is largely positive. I liked the bold revamp of its interface, I liked its improved performance rates, I liked its humble technical requirements, which remained essentially the same as in Windows 7. However, there's this Windows Store, there's the 2,000 dollar price for Samsung 700T, there's the virtual absence of the Flash support on tablets. Only the full-scale release of Windows 8 will show, whether the increased financial appetites of Microsoft have outweighed all the cool features it has added into its new OS.

Honestly, I hope that it's not the case.

Previous story Forget Your Passwords Next story Are We Really Spam Protected?

And if you have actually ever used an iPad, you would realise complex sites crash the safari browser regularly. Just search google for safari crashed ipad2.

Hey, the 700t is rrp at US$1100 for the base model. The models that were on ebay with windows 8 were not sold by Samsung, but developers who attended the conference who got them for free.

The equivalent apple product literally sells for US$1600 which is the mac book air. Would much prefer this though!

–  11 years ago  –  Was it helpful? yes | no (+1)
Useful Windows applications
Interesting Windows stories