These mods will offer game enhancements, visual improvements, and better control over the game's settings. 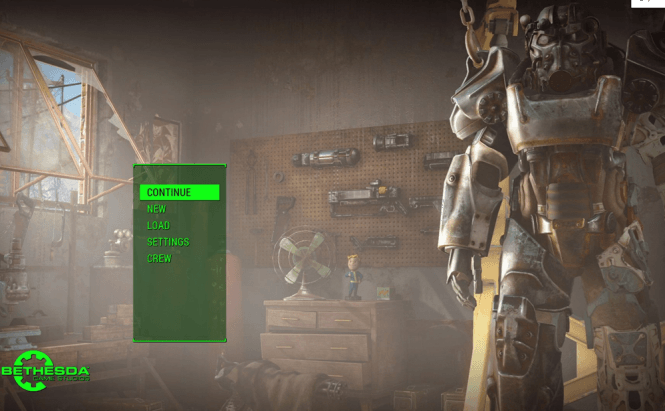 I've been playing a lot of Fallout 4 recently, and I must say that it's one of the best games ever. Furthermore, despite the fact that this RPG has been launched just a couple of weeks ago, there is already a large number of mods available for it. So, I've decided to make a list and show you the best 10 additions to Fallout 4 that you currently can find on the Internet. These mods won't just offer visual improvements to those seeking a new look for the post-apocalyptic Commonwealth wasteland, but also enhance your gameplay experience or offer more precise controls over Fallout 4's configuration options. Let's start out with the most useful tool to those interested in the items on this list. As you've probably already guessed, Fallout 4 Mod Manager is a mod that will give you an easy way to manage all the other mods that you want to use. This tool helps you install, uninstall, activate or deactivate mods, as well as enabling you to quickly see which mods you have installed. Certain additions are designed to work off previous mods, so you will need to know if you already have the required one, or if you need to find it. One of the first things that bothered me when playing Fallout 4 on my PC was the dialogue wheel. I almost shot Dogmeat (and a few others less important settlers) because of it. Thankfully, I found this handy mod called Full Dialogue, which does a few very interesting things. For starters, it removes the dialogue wheel and replaces it with a good, old-fashioned list of dialogue options. Secondly, the mod lets you select the desired dialogue option using the 1, 2, 3 or 4 buttons of your keyboard, which are much easier to reach than the arrow keys that set by default. And lastly, as you may have noticed, in the dialogue wheel you only get the short version of what your character is about to say; after you install this mod, you will see the full version of the dialogue, which is far better (at least in my opinion). How many times did you have to stop using your favorite weapon because you ran out of ammo for it? This could be a really big problem, specially in early parts of the game. If your weapon isn't used by half of the Commonwealth villains, finding ammo for it can be pretty difficult, and the merchants might not have enough. Craftable Ammunition mod is a great solution for this problem, as it allows you to put all that junk that you've been collecting in your travels to good use and make ammo for your weapons. In order to make certain kinds of ammunition, you will still need to have skill perks like Gun Nut, Science, etc. I haven't yet completed the game, so I'm not 100% certain about this, but the good news is that so far I haven't encountered any spiders, so those suffering from arachnophobia don't need to worry about that. However, the bad news is that there are a lot of other overgrown bugs that want to kill you, and if you have a fear of roaches, flies or scorpions, you might not have the most pleasant experience. Insects-B-Gone is a cool mod which replaces most of the insects from the game with other creatures: Radroaches will be replaced with Molerats, Bloatflies with Eyebots and instead of Radscorpions you will see Yao Guais. To be honest, the mod doesn't yet work perfectly, but it's constantly being worked on, so things will most likely improve. And, if you are the kind who hates those huge mosquitoes, get a big swatter or something, as there is no mod to help you out just yet.

Doom for the Pipboy Doom for the Pipboy

What's better than playing games inside the games that you're already playing? In Fallout 4, you have your own portable computer called Pipboy, which is attached to your arm. Besides showing you a bunch of useful information such as your inventory, quests, map, stats, etc., Pipboy also allows you to play game holotapes that you find. There are numerous old game replicas that can be found across the Commonwealth, but Doom wasn't one of them. Doom for the Pipboy mod allows you to play the all-popular shooter on your in-game PC. Now, if someone would make a mod that allowed you to play Fallout 4 on the Pipboy, that would be some inception material right there. One of the coolest things in Fallout 4 is that you can build your settlement however you want to: create houses, build defensive structures, plant food, purify water, generate electricity, etc. However, Bethesda did one thing I didn't like: it limited the number of things that can be placed in a single settlement. I completely understand why the company would do that, as you can easily create a base that would take so much time to load it could actually crash the game, but it's still annoying. Higher Settlement Budget is a simple mod that helps you remove this limitation so that you can build to your heart's desire. Once you've installed it, simply go to the settlement where you've reached the limit (close to the workshop), open the console (by using the ~ key), then click on the workshop and type bat settlement.

If you're a building freak (like me), there's another mod that looks really cool, but I didn't have time to test it out just yet. It's called Settlement Supplies Extended, and it brings you a whole bunch of new items that you can build within your settlement. It's not completely ready just yet, but as far as I've seen on its webpage, it's really worth trying out. Let's move on to everyone's favorite companion: Dogmeat. This doggy may start a fight even when you're not looking for one, but you still get the lone wanderer perk when he's around. He can also find extra stuff and sniff out your enemies, so that's why most people generally travel with him. This Blue Heeler is actually quite cute, but what if you could have a white dog companion instead? Ghost-White Dogmeat is a mod that does exactly that, turning your companion intro a white pet that's not only great-looking, but also easy to stop (and avoid) in the battlefield. Furthermore, you can use the setscale 2 console command while targeting Dogmeat and turn your companion into a ferocious dire wolf.

My opinion is that Bethesda did an impressive job with the designs, as the Commonwealth looks and feels pretty great, but even good things can be improved. Enhanced Wasteland Preset is a mod that will make the environment that surrounds you more vibrant and colorful. It's just like applying a filter which suddenly breathes life into everything around you, making your hunting expeditions or trips across the wasteland much more pleasant. On the opposite side of the spectrum (the pun was intended), there are many others who think that a post-nuclear world, especially one that has so recently been through the world-ending cataclysm should be a lot less colorful. Stalker Lighting is a mod which makes the environment more photorealistic: bleak, unforgiving and ultimately dead. After all, if you wanted to play a game about the end of the world, why not also create the right atmosphere for it?

Last on our list is a mod which gives you better control over the game's settings. Fallout 4 Configuration Tool lets you easily modify numerous aspects of the game that you normally wouldn't have access to. You can modify the FoV (field of view) for both 1st person and 3rd person modes, disable the gore, disable the console, control the shadow resolution and distance, or enable high CPU priority. There is also a wide range of gameplay-related commands which allow you to modify the colors users by the Pipboy, VATS or HUD and (especially good) toggle off the Intro video. Additionally, there's a mod called ULG - Ultra Low Graphics mod for low-end PC's which can help people with older computers to play the game. It actually worked for a friend of mine whose laptop couldn't handle the initial Fallout 4 settings, so you should try it out.

If you are the kind of person who usually likes to improve his or her gameplay experience with some awesome mods, you might also want to check out my previous article: Top 10 Mods for GTA V.