Tell me, what is the real American idol? That’s something I have been thinking about for the last three days: what do the post-industrial people love... 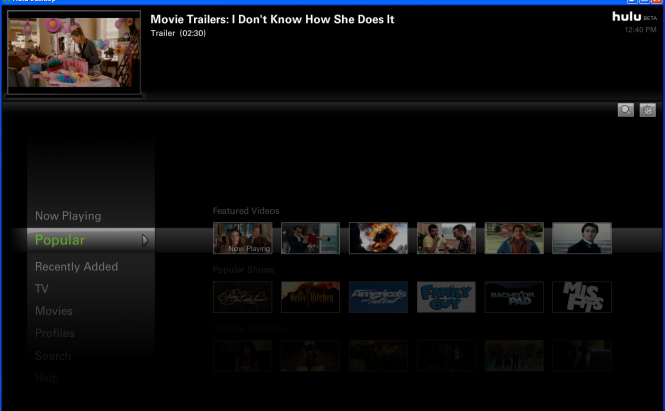 Tell me, what is the real American idol? Thatâ€™s something I have been thinking about for the last three days: what do the post-industrial people love so much that their affection towards it can be regarded as violation of the second commandment? What occurs to me immediately, is the familiar flock of the usual suspects like money, power, drugs, etc. All these things are surely soaring somewhere at the top of the new graven images' list, but my point was to think of some new object of ungodly worship, of a new technological deity that the progress has carved for us out of metal, woven out of wires, and combined out of digits. Let us see what might come to one's mind.

Freebies? Weâ€™ve already talked about it... One more try. Video games? Thatâ€™s warmer, but I donâ€™t want to talk about it now, as I almost got fired thanks to one of these highly addictive pieces of software, you can read all about it in â€œFree, Stylish, and Hardcoreâ€ on Software Informer. The Web? Well, thatâ€™s a more probable candidate to the new demi-gods, but thatâ€™s too big of a topic to embrace in its entirety in just one article (even a million might not be enough).

Okay, I wonâ€™t tease you any longer. Most of the people living in the developed post-industrial countries love TV. All of us watch it, most of us do it every day. Yes, even these snobs who get this strange face expression when they hear the word 'television', as if theyâ€™ve just eaten a whole ultra-sour lemon (no offense if youâ€™re one of them). Itâ€™s the TV sets in all their sizes and colors and shapes what seems to be the real American idol or at least could be promoted to this honorable rank. If you need some proof, just google how much a twenty second long commercial during a Superbowl Match costs. To tell you the truth, even my lawyer buddy doesnâ€™t earn that much per decade. 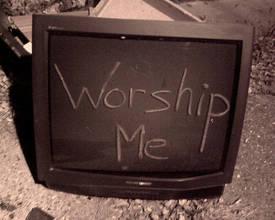 To the regret of many television worshippers, nowadays, when our century of the information technologies entered its second decade, the prospects of TV are rather bleak. Some experts have been long prophesying the untimely death of the newly appeared idol. They say, the tech deity is going to be dethroned by a relative newcomer that have already been mentioned in this article â€” by the Internet. Nevertheless, the Great TV does not want to give up so soon and go and find itself a new narrower niche, like horse-riding, theater, or glam metal did before. Instead, it is trying to create a symbiosis with its rival in the battle for the hearts and minds of people, and melt together with it into a new, unseen creature â€” the Web-TV.

In fact, the Web-TV market is quite large already. About 80 per cent of all Americans watch TV on the Web at least from time to time. The video-on-demand services, offering you a wide range of TV-shows to watch, are abundant on the Internet. Moreover, the Web-TV doesn't want to be the younger brother forever and is bending over backwards to provide us with the same high level of the video quality as the cable. As a result, in case you want to watch your favorite cop show or soap opera in the best video quality possible, just buy an HTPC (Home Theatre Personal Computer), plug in your Internet cable â€“ that is if youâ€™re still not having a wireless connection - and worship the selected channel the way youâ€™re used to with the good old cable. That's why these days you'd better think twice before purchasing a new super-extra-mega-huge flat TV set, since the goggleboxes with an Internet connection and software are much cooler than the tubes without all that stuff. And think thrice before buying a TV-tuner: it would be not so smart to waste your precious nerves laying the TV cable to your computer, if you could simply do without it.

Alright, it sounds quite reasonable that one shouldn't buy two goggleboxes or a TV-tuner, when a monitor and an Internet connection would be more than enough, but a question arises then: there are so many sects venerating the Great TV in so many different ways, so who are the true believers? I mean, which streaming service providing its users with videos of TV shows should we really choose? Actually, there are two basic types of streaming services, the schism between which stretches back to the far-far pre-Web times: the Pay-TV model (cable) and the Free-TV model (public). The former one works like a video store, where you could borrow or buy a video for a fixed fee, and the latter one offers most of its content for free being funded primarily by the ads and commercials.

As for the Pay-TV, using it is not so extravagant as you could think. The video streaming fee on Appleâ€™s so much beloved iTunes was 2 bucks for a regular quality video and 3 greenbacks for a video in HD. On the one hand, it sounds like a fair price: many hot-dogs they sell on stadiums are twice as expensive. On the other hand, the keyword about the iTunes service is â€˜wasâ€™: Apple has recently decided to call it a day and brought the service to a halt. It turns out that the whole idea with the Pay-TV wasnâ€™t bringing in enough profits despite its reasonable prices, and the Cupertino mob decided just to give up on the idea. That leads us to two more conclusions. The first one is that now Netflix, the largest Pay-TV platform in the US, can take an easy breath as it got rid of such a dangerous rival as Jobsâ€™â€¦ oops, sorry guys! as Cookâ€™s all-suing machine. Second, the love for freebies is the seed of all business, just as laziness is the seed of all progress: the more freebies you can offer to your potential customer, the more successful you will be.

In short, you have to admit that paying sucks. Thatâ€™s where we come to the major part, and namely the Free-TV streaming services. â€˜Servicesâ€™ is maybe too big of a word as there is only one web-site of that type worth mentioning, hulu.com, which is currently on the #50 Alexa spot by the traffic share in the United States. Despite its being 29 spots below Netflix's current position, Hulu is feeling way better than its major rival: in the mid-July Netflix lost 30 percent of its share price due to a six-dollar raise for the users' monthly subscription. Moreover, a week and a half ago Hulu's owners â€“ NBC Universal, Fox Entertainment and Disney-ABC Television among the major stakeholders â€“ announced they are going to sell the platform for almost two billion US dollars. The most probable buyer is You-Know-Who. Yes, Google. Quite an eloquent indication of Hulu's success, isn't it?

The biggest advantage of this service is that it is an enormous freebie trove with oodles of FOX, NBC, and ABC shows available for free. Well, the Fox shows come with an eight-day delay, but come on, the site's caboodle is free and legal! The great flaw of the whole thing is that it works only if you browse the site under an American IP and promises you to start broadcasting in your country as soon as possible if you try to sign up from overseas. There's one 'but', however: it's just the IP that should be American. Nudge-nudge. 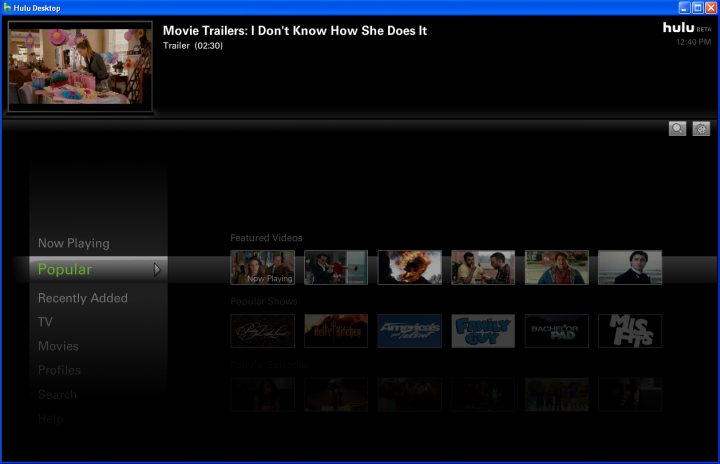 The Hulu Menu: Lots of Freebies and No Web-Browser

Finally, the best thing about Hulu is that with it you don't need to watch videos within a web-browser. The Hulu TV priests have developed a special app making it possible: Hulu Desktop. I suppose this software is one of the highest trumps, with which the Free-TV crowd can beat Netflix's cards and prevail over the Pay-TV heretics for good and all. The desktop client provides you with exactly the same services as the Hulu web-site, but you don't need any browser at all. Actually, I've liked it better than the site itself, because the interface on the Hulu web-page is a bit of a nuisance. And this is the way, in which I prefer to venerate the Great Television and the Grand Web together, having stretched out my legs on the couch and watching a new episode of my favorite show on a vast HTPC widescreen in my living room. Hail the Web-TV, brethren!