Raiders of the Broken Planet gets its first gameplay video 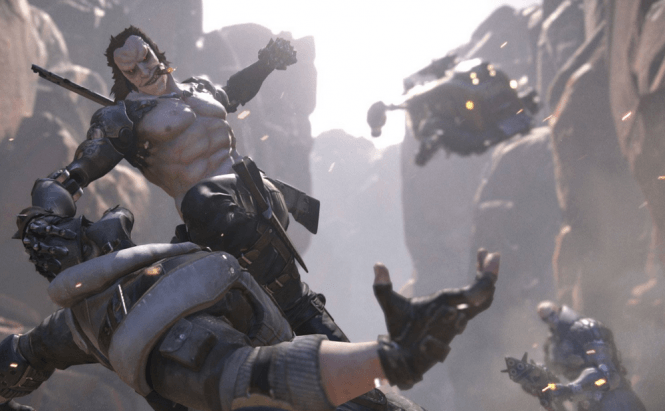 Raiders of the Broken Planet gets its first gameplay video

Raiders of the Broken Planet was one of the most interesting titles at this year's E3 conference and although third-person shooters aren't my favorite genre, there were several aspects that seemed quite innovative. However, it's usually pretty difficult to tell much about a game just by seeing its trailer, but fortunately, MercuryStream showed the gameplay video at Gamelab 2016, so now I have a lot more insight to share with you.

The game was announced as a "multiplayer online asymmetric adventure" game, but I would simply classify Raiders of the Broken Planet as an episodic third-person shooter. As far as I can tell, the game is a cover-based shooter with a strong emphasis on melee and close-quarter combat. In case you're unfamiliar with the MercuryStream name, it's the same developer that created the Castlevania: Lords of Shadow series, so when the chief designer states that this will be a narrative-drive game, I can't expect anything less than an awesome story. Furthermore, what really caught my attention is the fact that the player's character will be an anti-hero and you can even play as bad guys.

Raiders of the Broken Planet will be released later this year for PC, Xbox One and PS4, but you can already register to be a beta tester on the game's website. If I've piqued your interest, watch the video for more details; the actual gameplay starts at 13:50.

Since you really like games, you might also want to read: "Best RPGs of 2015" or "Cheaper is better: money-saving tips for gamers".