Do you want to talk about it?

We have already discussed at length how important it is to protect your eyes when working with computers by taking frequent breaks. If you missed... 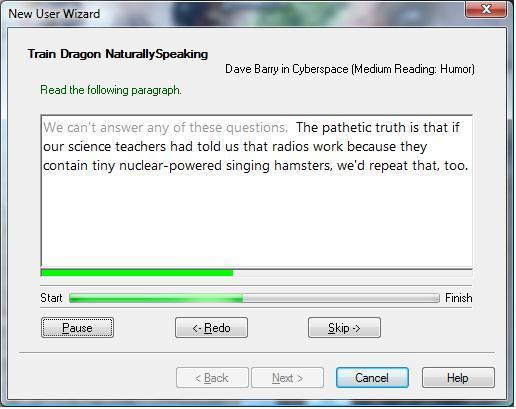 Do you want to talk about it?

We have already discussed at length how important it is to protect your eyes when working with computers by taking frequent breaks. If you missed that article, check it out here. Today, we will take a step further: what if your eyes hurt so much that you can't even look at the bright screen of the monitor at all, but you still have to earn your paycheck or degree by using your computer?

It was the end of the semester and the term papers were due. Exactly around this time my friend underwent an eye surgery and faced this very problem. It was painful for him even to glance at the screen of his laptop. That meant that he could be forced to repeat the year, so we had to quickly think up a solution to the problem. So, while browsing the Internet for the answer, I came across a great program: Dragon NaturallySpeaking by Nuance. It turned out not only to be a real remedy for my friend in his stalemate, but it also significantly simplified my life.

So, let me tell you about this marvelous piece of software. In the advertisement the developer states that the program is capable of recognizing any word you say into the microphone and turns it either into letters on your screen or into a command for your computer. I found it quite promising, so I decided to test the program to make sure the claims are true. Here are the results of my test. I must admit, I was stunned.

A fair warning: the program is quite large due to a great number of language libraries, so the process of installation will take some time. After all the components have been installed, the program prompts the user to choose the spoken dialect and read some text, so that it could adjust to the way different words are pronounced by that particular user. However, this training is not the only chance to improve program's performance. Every time you say a word, Dragon NaturallySpeaking remembers the way you articulate that word, so the program continues improving the quality of voice recognition with every time you use it. 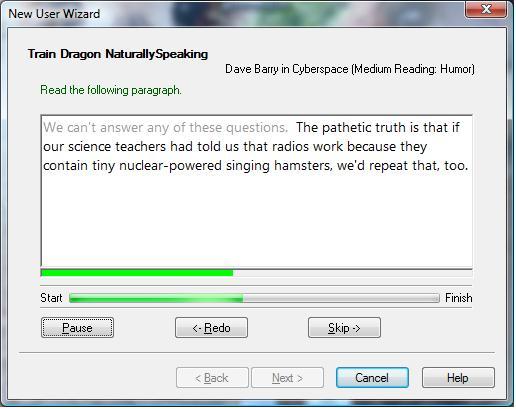 I really love the way it works. The program doesn't use as many resources as I had expected it would. So, given your computer is reasonably fast, using other programs while having your words and commands recognized by the program won't be of any problem. Of course, the program needs a little time to convert your speech into the written form, but it remembers everything you say during the lag, so you don't even have to stop dictating. The interface is very intuitive, and the program comes with comprehensive tutorials, so you will know how to use the program from the very first moment you run it. 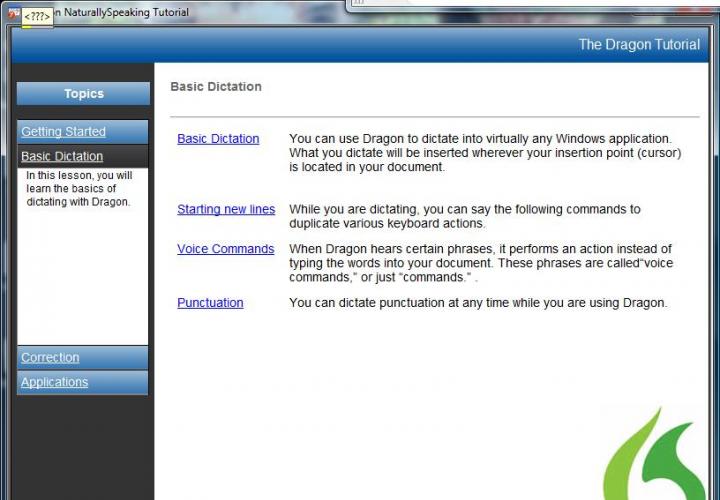 I have no idea why this piece of software has never been widely promoted. The program would be useful for everyone who has to type a lot, because its benefit is not limited to protecting your eyes; it also can make your everyday activities less laborious and time-consuming. Just as an example: writing this article with this program takes me twice as little time as it usually takes me to write one the old-fashioned way â€“ using the keyboard. And that is despite the fact that I'm a fast typer.

One of the most remarkable features of this program is that it works with any program that allows text editing. So you just open your favorite editor, in which you want your text to appear, adjust your microphone and start speaking. The results will amaze you, I am sure of it. Moreover, interacting with your computer can become easier and fun. Just say what you want it to do and â€“ oh miracle! - the computer will understand you. E.g., command â€œOpen Rockmeltâ€ works perfectly (it will open the RockMelt browser), even though Iâ€™m sure the Dragon's developers have never heard of such Internet browser.

And after all these songs of praise, let's have a good look at the disadvantages of Dragon NaturallySpeaking. In fact, using this program all this time I have noticed only three of them. The first is that it only supports the most widely-spoken European languages: English, French and German. The second disadvantage, what I'd actually call a minus, is that some ordinary phrases are regarded by the program as commands. So sometimes dictating your text can be frustrating as the program will start opening other windows, start searching for some random files and so on as you say the words that are common with commands, such as open, close and others. Final, and I believe, the most important disadvantage for the user is that a single distribution kit of the program costs nearly $100 (Home edition), and there is no trial version at all. But you would agree that the purchase is worth every penny you've spent on it once you try it.